With the M&M Meat Shops Canadian Junior Curling Championships just around the corner, fans across the country will turn their attention to the nation’s best young curlers, February 2-10. So what makes these teams so successful and sets them apart from the rest? Over the years, I’ve interviewed many successful bantam and junior teams about their experiences in competition. Besides attributing the usual hard work, dedication and loads of practice, one of the most consistent things I’ve heard from each of these teams is team chemistry. As a young female player, I’ve experienced the effects good team dynamics have had on a team. Though I’ve been fortunate to play on many teams with incredible team chemistry, my junior team in 2008 best exemplifies how solid team dynamics can result in success. We maybe weren’t the strongest team in the province on paper, but we gelled immediately both on and off the ice and respected each other’s abilities. This resulted in a successful season and a provincial title. Anything can happen if you work together! 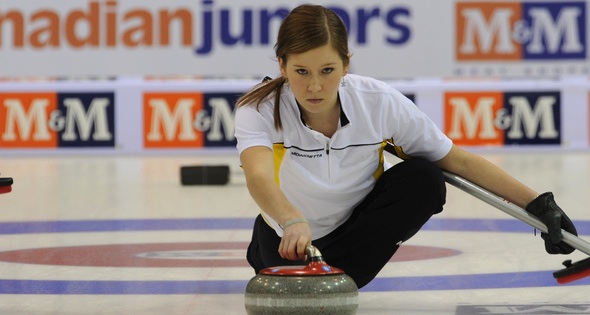 I chatted with Kaitlyn Lawes, two-time Canadian junior champ and vice on Jennifer Jones’s championship rink, to get her opinion on team dynamics and how they have affected her curling career. “I don’t know if I would be where I am today if I didn’t get to play with the girls I did growing up,” says Lawes. “[My teammates] helped me get to where I am.” How important are team dynamics in junior play? 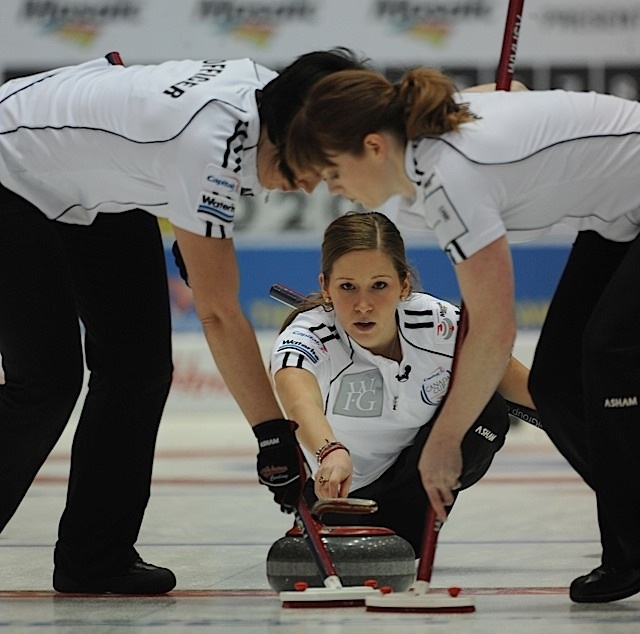 “It’s huge in junior, especially for junior women,” states Lawes. “Women can be catty at the best of times and since you spend a lot of time together on the road [at spiels], you need to get along.” Though she has had much success, Lawes remembers back to moments when good team chemistry pulled her squad through some tough times. “At the second junior national, we were struggling a little part way through the week. The pressure was starting to get to us and there was the potential to see our team dynamics fall apart,” says Lawes. “Our coach sat us down and brought us back to reality. We were reminded that we have to enjoy it.” It worked, as Lawes and company went on to win the Canadian junior title defeating Ontario’s Rachel Homan in the final.Lawes believes that strong team dynamics are not only key in junior play, but also translate to women’s play. “I think that it’s equal for juniors and women,” says Lawes. “It’s super important that you enjoy what you’re doing.” In the end… “Make sure you enjoy the people you’re with. Success will follow.” Good luck to all teams heading to Fort McMurray, Alberta, in February for the M&M Meat Shops Canadian Junior Curling Championships! Good curling and may the rocks be ever in your favour!