A fresh face for Saskatchewan at the Scotties

When the battle for the Saskatchewan berth in the 2013 Scotties Tournament of Hearts started out Jan. 23 in Balgonie, the 12-team field included three names that carry considerable weight in the competitive curling world. Stefanie Lawton skipped her team to the 2012 Capital One Canada Cup title, earning a spot in the 2013 Tim Hortons Roar of the Rings and the chance to compete for the right to represent our country at the 2014 Olympics. Amber Holland was the 2011 Scotties Tournament of Hearts victor, making a fifth trip to the national championship. And defending provincial champ Michelle Englot has eight Scotties appearances on her curling resume. 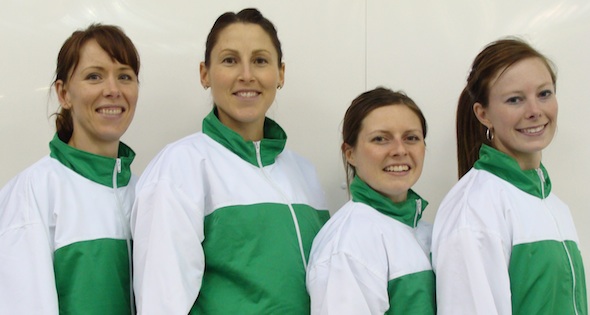 With all that experience in the mix, it was Jill Shumay, a relative underdog from Maidstone, who came through under the pressure. Both Lawton and Shumay finished with 5-0 records in their pools during round-robin play. But, Shumay came out on top at the end of the week, handing Lawton a third consecutive loss in the Saskatchewan final. The Shumay team, including Kara Johnston, Taryn Holtby and Jinaye Ayrey, makes its Scotties debut Feb. 16-24 at Kingston’s K-Rock Centre. “You Gotta Be There” when Kingston plays host to the 2013 Scotties Tournament of Hearts and Canada crowns our women’s curling champions. A great selection of seats in the K-Rock Centre is available now by clicking here.