Action is underway at the Ottawa Curling Club, where eight teams from across Canada are competing in the AMI 2013 Canadian Vision Impaired Curling Championship from Feb. 3 to 9. 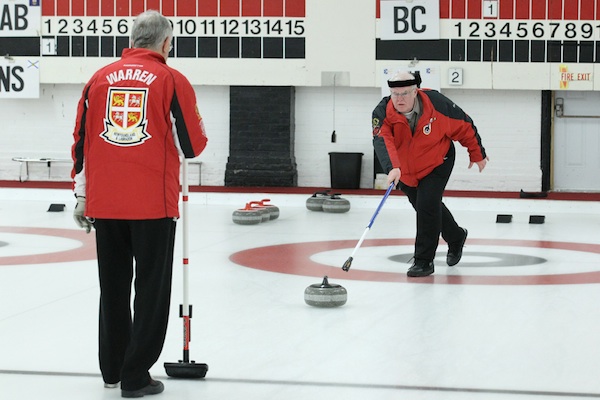 A Newfoundland and Labrador curler uses a stick to deliver his shot towards the target. (Photo Neil Valois)

Since 2005, the OCC has been hosting this event – an initiative of the Canada Council for the Blind as part of “White Cane Week” – and providing volunteers for timing and scoring, as well as meals for participants during the week-long competition. The eight teams taking part this year represent Newfoundland and Labrador, Nova Scotia, New Brunswick, Ontario, Saskatchewan, Alberta and British Columbia, with Team Canada coming from Kitchener, Ontario. “We are very pumped,” says Gary Saxon, who plays lead on the Simcoe-based Team Ontario and who is also President of the Ontario Blind Curling Association. “We have been working hard to make our team competitive.” 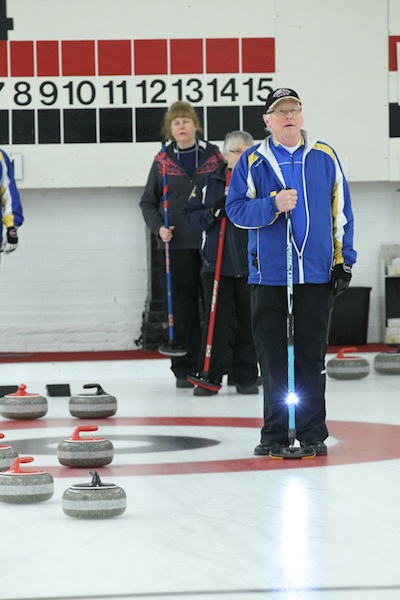 Blind curling teams are made up of four visually impaired players plus a sighted guide and coach, who assist with positioning players for delivery and also with sweeping. “The totally blind curlers throw lead rocks,” explains Bill Malcolmson, who works with visually impaired curlers in the Hamilton area at the Dundas Granite Club. “They are assisted on to the ice and positioned in the hack by a sighted guide.” Depending on the skip’s call, the guide advises the curler which turn and weight are required. “Then the guide positions the curler, trying to ensure that they are in line with the target. The guide then acts as a sweeper along with a team member who has some sight.” For curlers who have some sight, a guide places the broom near the far house or hogline, and relays information about turn and weight. Once the national competition is over, Team Ontario will return home to the Simcoe Curling Club, where they will also host the Ontario provincial championship March 15-17 to determine next year’s participants. “So you can imagine that we are doubly pumped and hoping for a good showing at the nationals,” says Saxon. “The club, its members and the local media are giving us great support.” For Malcolmson, being involved with visually impaired curlers is an experience he finds “very enriching.” “The camaraderie, sportsmanship, and love for the sport is amazing to witness,” he says. Competition continues at the Ottawa Curling Club with two draws a day until Thursday morning. Tie-breakers and semifinals are scheduled for Thursday afternoon and Friday morning, with the championship final at 1 p.m. on Friday. More information about the AMI Canadian Vision Impaired Curling Championship can be found here . 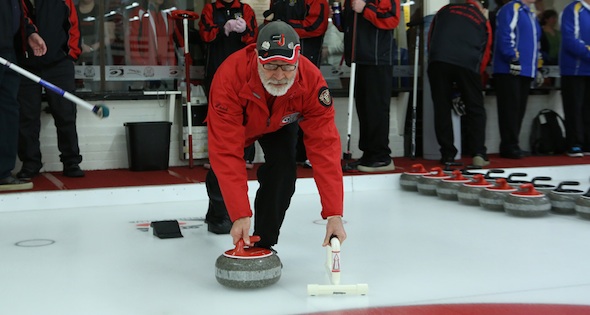