First shot at the Brier for Saskatchewan’s Virtue

Sixteen of Saskatchewan’s best men’s curling teams faced off Jan. 30-Feb. 3 in the Melfort Arena with a coveted berth in the 2013 Tim Hortons Brier in their sights. When the competition came to a close, the eventual provincial champs had battled through from the middle of the 16-team field. Eighth-seeded Brock Virtue of Regina’s Callie Curling Club upset number two seed Bruce Korte of Saskatoon 6-4 in Sunday’s championship final. Korte – a three-time competitor at the Brier – advanced to the final with an undefeated record in the triple-knockout format. 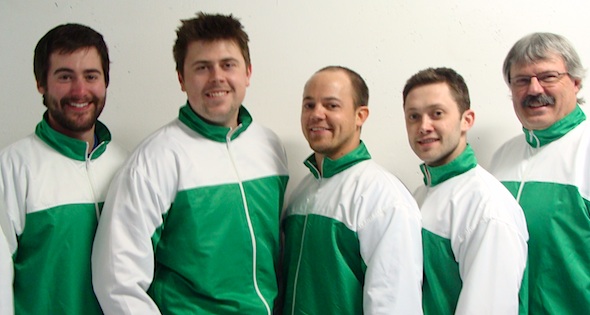 The Virtue team is the fourth to qualify for the 2013 Tim Hortons Brier, March 2-10 in Edmonton’s Rexall Place. The skip, third Braeden Moskowy and lead DJ Kidby are all previous Canadian junior champions, with Virtue and Kidby also holding world junior titles.  Second Chris Schille rounds out the Saskatchewan quartet. Schille is the only member with Brier experience, throwing second stones for Newfoundland and Labrador’s Brad Gushue in 2007 and 2008. “You Gotta Be There” when Canada’s top 12 teams compete for the Canadian Men’s Curling Championship this March in Edmonton. Excellent seats in Rexall Place are available now by clicking here.