Rachel Homan makes her second appearance skipping Team Ontario at the Canadian Women’s Curling Championship – and it’s a short trip this time with the 2013 Scotties Tournament of Hearts being contested at Kingston’s K-Rock Centre, Feb. 16-24. Homan, from the Ottawa Curling Club, first represented Ontario at the 2011 Scotties in Charlottetown, P.E.I. and came one game shy of repeating last year, losing to Tracy Horgan in the provincial final. 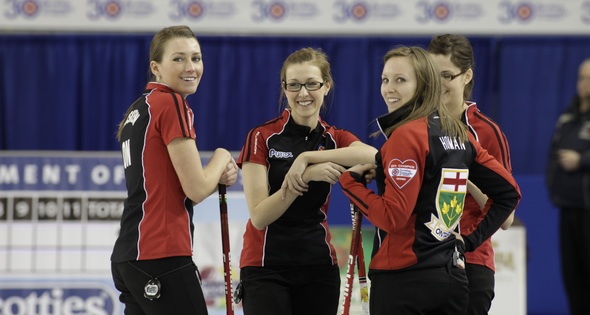 The supporting cast from the 2011 national championship – third Emma Miskew, second Alison Kreviazuk and lead Lisa Weagle – will also be heading to Kingston in the coming week. Homan comes into the 2013 Scotties leading one of the top-ranked teams in the country, based on the strength of their play over the course of the current campaign.  In addition to winning the World Curling Tour’s Masters of Curling, the team qualified for the finals of the Curlers Corner Autumn Gold Curling Classic and the Manitoba Lotteries Women’s Curling Classic.  They presently hold third spot in this year’s Canadian Team Ranking System. 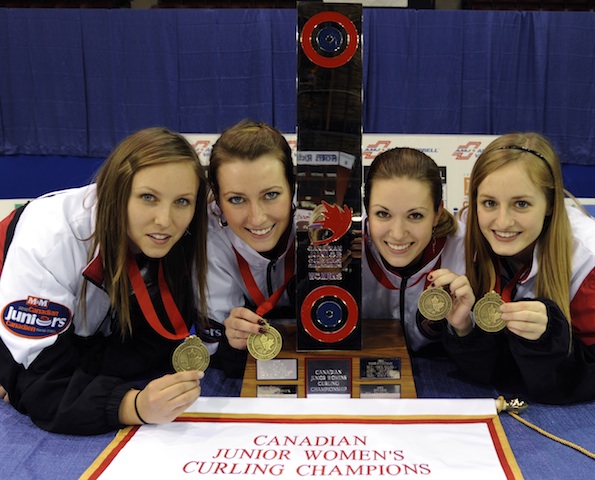 The 23-year old competitor acquired her winning ways at an early age, and the core of the present team roster has been with her from the start.  Homan won the Ontario Bantam Girl’s Curling Championship, for curlers under 16, four consecutive years (2003-2006) with Miskew on board all four times and Kreviazuk there for the first three. After two straight losses in provincial junior women’s finals, Homan qualified for the Canadian Junior Women’s Curling Championship in 2009, losing to Manitoba’s Kaitlyn Lawes in the final. The next year, accompanied by Miskew, Laura Crocker and Lynn Kreviazuk, she returned to win the national title with a perfect 13-0 record.  At the world championship in Flims, Switzerland, the young Canadians lost to Sweden in the gold-medal game. Homan also experienced early success on the World Curling Tour, winning the Southwestern Ontario Women’s Charity Cashspiel in 2007 and 2008, defeating Jennifer Jones and China’s Bingyu Wang in the process. In 2009, her team took the top prize at the AMJ Campbell Shorty Jenkins Classic, and earned recognition as the tour’s Rookie Team of the Year. “You Gotta Be There” when Team Ontario takes on the top shooters in the country at the 2013 Scotties Tournament of Hearts.  You can still choose from some of the best seats in the K-Rock Centre – get your tickets now by clicking here.