Inside Junior Curling: Chatting with the Canadian Junior Champions

It’s been less than a week since Corryn Brown and Matt Dunstone won the women’s and men’s titles at the M&M Meat Shops Canadian Junior Curling Championships, and the two young skips are still in awe… and a little bit of shock. You can’t miss the emotion in their voices when they are asked how it feels to be the newest junior champs. 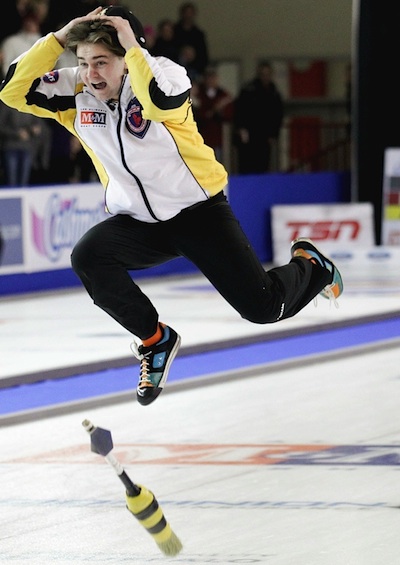 “I still can’t believe it. It’s still all very surreal and I couldn’t be happier right now!” exclaims Dunstone. “It hasn’t sunk in yet. At our age, we were never supposed to win,” says Brown. Manitoba’s Dunstone along with third Colton Lott, second Daniel Grant, lead Brendan MacCuish posted a 4-3 win over Alberta’s Thomas Scoffin in the men’s final on Saturday night. Brown and her British Colombia-based team of third Erin Pincott, second Sam Fisher and lead Sydney Fraser defeated Manitoba’s Shannon Birchard 6-3 on Sunday night to take the junior women’s title. Both 17-year-old skips came out with big shots in the final game. Brown’s triple for three in the seventh was the turning point in the game and gave British Columbia the momentum shift they needed. Dunstone made a triple to score one in the tenth end and seal the game for his team. His excitement bubbled over as he leapt in the air once all stones came to a rest. This moment has been captured in a fantastic photo that’s making rounds on the Internet. “[Jumping] is something I’m known for,” explains Dunstone. “I don’t know why I do it, it’s just the emotions coming out.” It wasn’t the first time Dunstone had made a big shot to win a game this week. During the round robin, he made a quadruple take-out on his final rock versus Ontario for the win. Dunstone became known for the his five to six second peel weight hits, making many very impressive, high weight shots with precision. 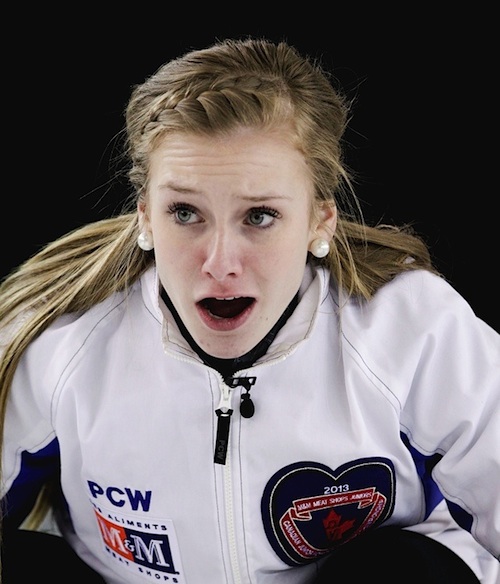 “When we stepped on the ice, it felt like a normal game,” says Corryn Brown about the championship final against Manitoba. (Photo CCA/Michael Burns Photography/Mark O’Neill)

“Throwing five and a half seconds is possible with accuracy,” says Dunstone. “I watch a ton of curling and a lot of players have that extension. I tried to incorporate it into my own throw and I practiced it for a long time.” Sounds like we have another Jason Gunnlaugson on our hands! While the Manitoba men had to battle their way through the end of the round robin and the playoffs, the British Colombia women claimed the top spot by Thursday night then had two days to wait around to see who they would play in the final. “Thursday and Friday were the worst sleeps of my life,” says Brown. “There was a lot of time to overanalyze and my brain wouldn’t shut off!” Despite the sleepless nights, Brown refocused for the final on Sunday. “I finally got some sleep on Saturday,” says Brown. “I was pretty nervous before the game, but when we stepped on the ice, it felt like a normal game.” All the best to both teams heading to the World Juniors in Sochi, Russia Feb. 28-March 10, 2013! 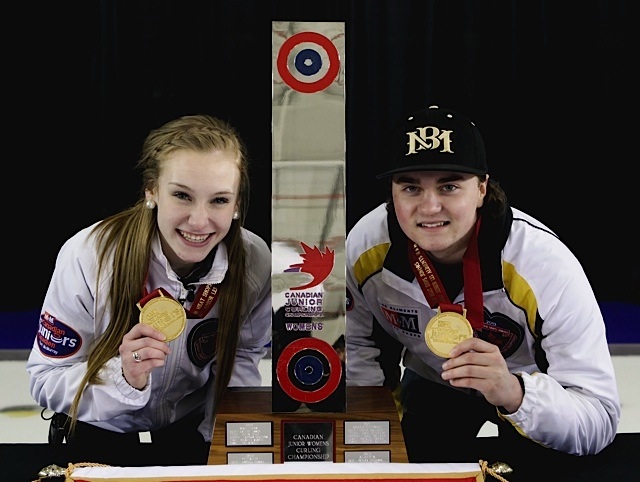