In 1979, The Lassie, sponsored by Macdonald Tobacco, celebrated its last Canadian Women’s Curling Championship, hosted in Montreal. This ended a sponsorship that began in 1972 (the company had sponsored the Men’s Championship, the Brier, since 1927). 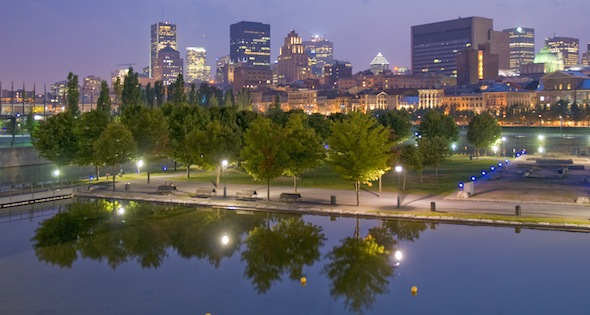 Montreal has been named the host city for the 2014 Scotties Tournament of Hearts. (Photo, courtesy Tourism Montreal)

It was also the inaugural year of the World Women’s World Curling Championship and B.C.’s Lindsay Sparkes team, won in Montreal, and went on to take bronze at the first World Women’s in Perth, Scotland. Scott Paper assumed the sponsorship of the Canadian Women’s Curling Championship in 1982. Later, Kruger Products took over the sponsorship and the title as the longest corporate sponsor of sport in Canada. Kruger is now in its 32nd year as title sponsor of this prestigious sporting property. It’s been 34 years since Montreal hosted a Canadian Women’s Curling Championship and the local curling community has embraced this opportunity to once again showcase Montreal, a city with a European flair and sophistication that makes it one of the most popular metropolitan centres in Canada. “Kruger has a deep-rooted history in Montreal which dates back over a century,” said Nancy Marcus, Corporate VP Marketing at Kruger Products. “It’s for this reason that we are incredibly pleased that the 2014 Scotties Tournament of Hearts will be held in Quebec. We hope that the curling community will join us as we showcase the best female curlers in Canada, leading up to the Olympics.” In ending, Marcus said, “All of us at Kruger are proud to be the longest corporate sponsor of amateur sports in Canada. Curling is a part of our company’s heritage. We’re looking forward to Montreal hosting a milestone event.” 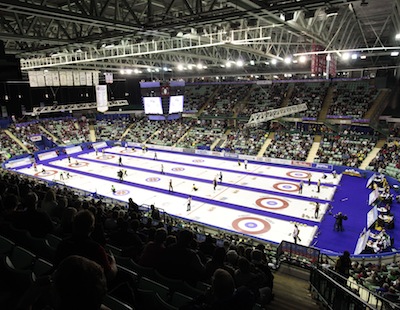 Greg Sleno, Host Committee Chair, declared, “Quebec has a presence on the national scene with several notable champions. We have Jean-Michel Ménard who won the Brier in 2006 before losing to Scotland in the final game of the World Men’s Championship. We also have Guy Hemmings, who made four Brier appearances, finishing second in both 1998 and 1999. On the women’s side, we have Marie- France Larouche, who has made seven appearances on the national stage and placed second at the Scotties in 2004 and third in 2009.” “The first organized curling club in Canada was formed in Montreal in January 1807,” said Greg Stremlaw, Chief Executive Officer of the Canadian Curling Association. “This is a very rich part of our history as a sport and as a country. It is fitting that we should bring one of Canada’s most popular national championships back to the place where curling began and the sponsorship of women’s curling changed hands.” Stremlaw added: “Kruger has been a loyal and dedicated sponsor of women’s curling and we are delighted to return to the historical centre of curling in Canada.” “There is incredible excitement surrounding this announcement,” said Sleno. “We never thought that we would have an event of this magnitude come to Quebec. Montrealers are so proud of our city and to be given the opportunity to show it off to all of Canada is very exciting.” The 2014 Scotties Tournament of Hearts will be played in the Maurice Richard Arena, Feb. 1-9, 2014. Two ticket packages for the 2014 Scotties go on sale this Thursday, Feb. 21, at 10 a.m., providing fans with the opportunity to see every second of the action, or pick the games they really want to see, at the times that work best for their schedule. The Old Classic, priced at $339, guarantees the same great seat for all 22 draws. Or, Double Impact is the perfect way for two people to make the most of one full event package. It features two tickets for the last 11 draws, including championship weekend, for $399. Tickets can be purchased online at www.curling.ca/tickets/ or by phone at 855-790-1245.