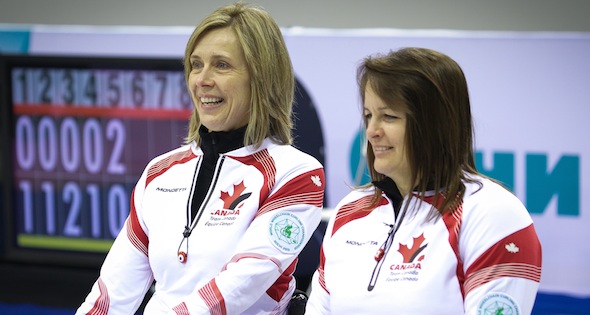 Canada scored single points in the first four ends to take control, then put the victory away with a deuce in the sixth and a stolen single in the seventh at the Ice Cube Curling Center, the host venue for the 2014 Winter Olympic and Paralympic curling competitions. 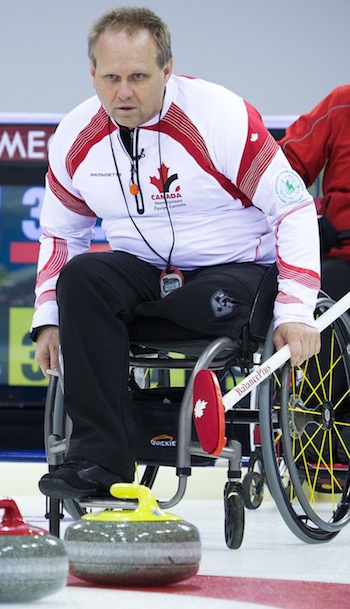 “In our case we stuck to our game plan and we executed well and we had them chasing us to the end,” said Thiessen. “We felt we were controlling every end.” With the win, Canada, which is seeking a third world championship in the past four years, improved to 6-0 and assured itself of at least a playoff tiebreaker in the 10-team round robin, which sees the top four teams moving onto a Page playoff. Canada can nail down a playoff spot when it returns to action on Wednesday with a pair of games. The Canadians take on Sweden’s Jalle Jungnell (4-1) at 9:30 a.m. Sochi time (12:30 a.m. EST), and then Finland’s Vesa Hellman (3-3) at 3:30 p.m. Sochi time (6:30 a.m. EST). The Canada-Finland game, which could lock up first place and a berth in the Page one-two game for Canada, can be watched live online at https://russiasport.ru. While Armstrong, Forrest and Gaudet are veterans of international competition, it has been an impressive debut for Thiessen, who is wearing the Maple Leaf abroad for the first time. “Being here for me is overwhelming,” he said. “The first day that we rolled out on the ice for practice was a big wow factor. It’s a good thing that we have such good support staff – to keep me in my chair and that I don’t float away!” Live scoring and standings from the 2013 World Wheelchair Curling Championship can be found at: wwhcc2013.curlingevents.com/.