Merklinger keeps her focus on Sochi 2014

Kingston, Ont. — Anne Merklinger will take her seat at the K-Rock Centre on Sunday watching the medal games at the 2013 Scotties Tournament of Hearts from a decidedly different perspective than she used to. Once upon a time, Merklinger was a participant in those games. A four-time Ontario women’s champion, Merklinger, curling with longtime teammates Theresa Breen, Patti McKnight and Audrey Frey, played in two Scotties finals (losing in 1998 to Cathy King in Regina, and taking home silver again two years later after a loss to Kelley Law in Prince George). 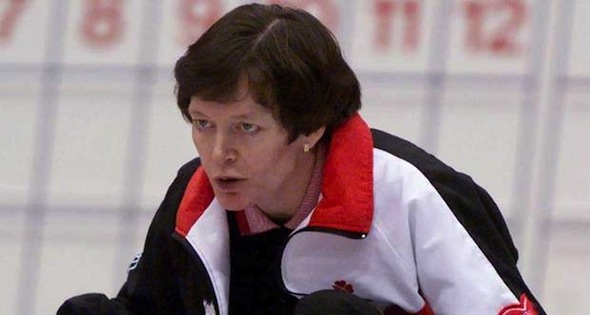 Anne Merklinger, now the Chief Executive Officer of Own The Podium, is a two-time runner-up at the Scotties Tournament of Hearts. (Photo, courtesy Anne Merklinger)

On Sunday, Merklinger, who took over as Chief Executive Officer of the Own The Podium program in January 2012, will be watching those games partly focused on the action in front of her and partly focused on Sochi, Russia. That is Merklinger’s life these days: figuring out where our Olympic sports programs are now, and figuring out how to make them better when they hit the big stage. “I look at curling from the perspective of, what are we doing very well in Canada that we need to continue, and how do we continue to increase the gap between us and the rest of the world?” says Merklinger. “Certainly on the men’s side, we’ve been very dominant. On the women’s side, we’ve seen other countries narrow that gap on Canada, and it’s very competitive. So how do we continue to provide some performance benefits for our top men’s and women’s curling teams? How do we make sure that they’re doing everything possible to be on the podium a year from now?” 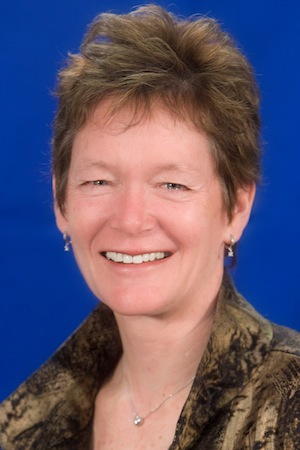 Anne Merklinger’s goal: ““Our teams need to go into Sochi knowing that they have every competitive advantage.” (Photo, courtesy Own The Podium)

Understand that while Merklinger made a significant mark as a competitive curler, the Roaring Game currently holds the same priority in her professional life as the roughly 40 other summer and winter Olympic sports (it’s worth noting that Merklinger also was a national-team swimmer and also worked many years as the director of Canoe Kayak Canada). “I love them all equally, there’s no doubt about that,” said Merklinger. “And that’s one of the important things, to make sure you maintain some objectivity every time you’re having to make a decision, and there are lots of tough decisions to make.” Which is why Merklinger will have to subdue her inner curling fan (most of it, anyways) and watch Sunday’s action with a critical eye; after all, the women’s gold-medal game in Sochi is less than a year away. “The difference between being on the podium and near the podium is marginal, as we saw in Vancouver with Cheryl’s (Bernard) team,” said Merklinger. “It’s a fraction of an inch. So what are the scientific things that we can help deliver? What are the physiological things, the equipment pieces, the things that we can work with Gerry (Peckham) and his leadership as the (Canadian Curling Association’s) High Performance Director to provide a performance gain for our top teams? “Our teams need to go into Sochi knowing that they have every competitive advantage.”