SUMMERSIDE, P.E.I. — The Canadian Senior Men’s and Women’s Curling Championships get underway Saturday at the Silver Fox Curling & Yacht Club in Summerside. It will mark the third time the event has been held here in the last seven years, following 2006 and 2009. 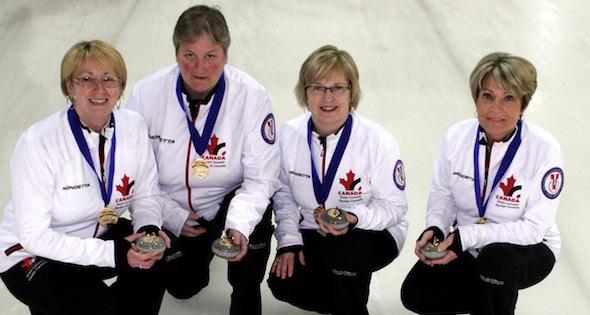 Twelve men’s and 12 women’s teams will compete in the national championships, slated for March 16-24. At the conclusion of the round robin on Friday, the first-place teams advance directly to Sunday’s finals while the second and third place teams meet in semifinals on Saturday, following any required tiebreakers. The winners of the 2013 Canadian Seniors will then represent Canada at the 2014 World Seniors, at a site and date to be announced by the World Curling Federation. Last year was the first time that all 14 Member Associations of the Canadian Curling Association were given equitable access to the Seniors Championships, which necessitated a pre-event qualifying round amongst the four lowest seeds (win-loss records over the last three years) to determine which two teams of each gender would advance to the main draw. This year, the four lowest seeds (worst win-loss records from the 2012 championships) will compete in a qualifying round to determine which two teams of each gender advance to the main draw. On the men’s side, Nova Scotia, Yukon, Northwest Territories and Nunavut must qualify, while on the women’s side, British Columbia, Northwest Territories and Yukon must qualify. Nunavut is not fielding a women’s team this year. As the host province, Prince Edward Island receives automatic berths into both championships. The qualifying round takes place on Thursday, March 14, and Friday, March 15, at the Silver Fox Curling & Yacht Club. In men’s, Nova Scotia plays Nunavut while Yukon meets Northwest Territories at 3:30 p.m. The winners then play at 8 p.m. to determine the first qualifier, while the losers also meet in an elimination game. The loser of the first qualifier will then face the winner of the elimination game on Friday at 9 a.m. to determine the second qualifier. 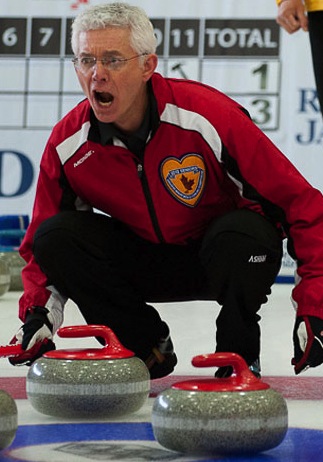 On the women’s side, Northwest Territories plays Yukon at 3:30 p.m. on Thursday, with the winner facing British Columbia at 8 p.m. to determine the first qualifier. On Friday at 9 a.m., the loser of the first qualifier meets the loser of the NT/YT game to determine the second qualifier. The women’s lineup has a number of former Scotties Tournament of Hearts participants, including Nova Scotia’s Colleen Pinkney and New Brunswick’s Heidi Hanlon. Pinkney won the 2009 Canadian Seniors in Summerside and the World Seniors in 2010 in Chelyabinsk, Russia. Hanlon won the 2011 Canadian Seniors title in Digby, N.S., then claimed the World Seniors crown last year in Copenhagen, Denmark. The men’s field has many former Brier competitors, including Newfoundland and Labrador’s Glenn Goss, who returns this year with the same team that finished as the runner-up at the 2012 Canadian Seniors. Prince Edward Island will be represented by Charlottetown skip Rod MacDonald, who lost the men’s provincial final to Eddie MacKenzie last month to determine the Tim Hortons Brier representative. Last year’s Canadian Seniors champions, Alberta’s Rob Armitage and Cathy King, who won their respective titles in Abbotsford, B.C., are representing Canada at the 2013 World Seniors, April 13-20 in Fredericton, N.B. Prince Edward Island has previously hosted both the Canadian Senior Men’s and the Canadian Senior Women’s on three occasions. In addition to 2006 and 2009 when held in Summerside, the 1976 Canadian Senior women’s event was played in Charlottetown, as was the 1982 Canadian Senior Men’s. The championships were conducted separately before being combined in 1985 in Yorkton, Sask. Manitoba has won a leading 11 Canadian Senior Men’s titles since the championship began in 1965 in Thunder Bay (Port Arthur), while Prince Edward Island has won three, all by skip Wen MacDonald in 1971, 1975 and 1976. Ontario has taken a leading 10 Canadian Senior Women’s crowns since the inaugural championship in 1973 in Ottawa, while Prince Edward Island is still seeking its first title. The province is represented this year by skip Nola Murphy’s host Silver Fox Curling & Yacht Club team. Draw results for the 2013 Canadian Seniors will be instantly available at www.curling.ca. For event information, visit https://www.curling.ca/championships/seniors.