A blend of youth and experience will take to the ice on March 30 at the Save-On-Foods Memorial Centre in Victoria for the 2013 Ford World Men’s Curling Championship, presented by Booster Juice, in pursuit of both a gold medal and valuable qualifying points for the 2014 Winter Olympics in Sochi. 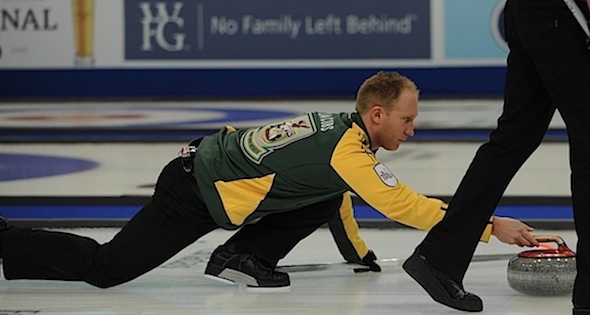 The home team is making its debut on the world stage. Brad Jacobs’ Northern Ontario team won its first Canadian championship on March 10, winning the Tim Hortons Brier title with a victory over two-time world champion Jeff Stoughton of Manitoba. He’ll be looking to follow up on the gold-medal performance by Glenn Howard at last year’s World Men’s Championship in Basel, Switzerland. 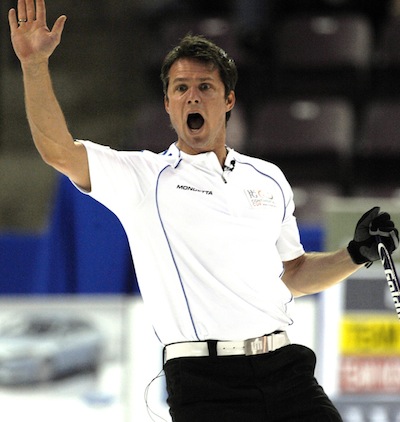 Norway’s Thomas Ulsrud, meanwhile, will be competing in his eighth world championship, hoping to improve on the bronze medals he claimed in 2006 at Lowell, Mass., 2008 in Grand Forks, N.D., and a year later in Moncton, N.B. Also in the field is battle-tested two-time world champion David Murdoch of Scotland, who won silver the last time the Ford World Men’s Championship was contested in Victoria, bowing to Canada’s Randy Ferbey in 2005. Scotland’s Tom Brewster, who’ll be throwing third rocks in Victoria, has finished second at the past two world men’s championships. Other notables include Sweden’s Niklas Edin, who was at the 2010 Olympics in Vancouver, finishing just out of the medals in fourth place; China’s Rui Liu, who finished eighth at the 2010 Olympics in Vancouver; and Jiřί Snitίl’s Czech Republic team, which is coming off a best-ever bronze-medal performance at the European Championships in Karlstad, Sweden. The field for the March 30-April 7 event is rounded out by Japan’s Yusuke Morozumi, Rasmus Stjerne of Denmark, Aku Kauste of Finland, Andrey Drozdov of Russia, Sven Michel of Switzerland and Brady Clark of the United States. For more information go to: Teams and Official Draw. 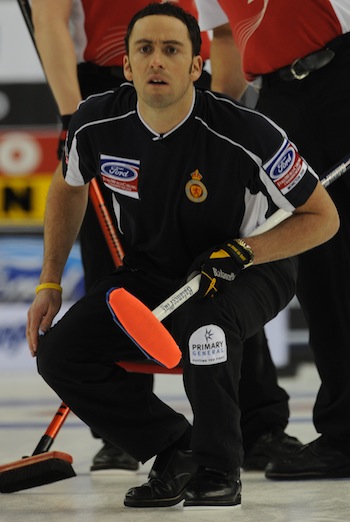 Ford has sponsored world curling championships since 1995, initially when the event was a joint men’s and women’s championship, and continuing since 2005, when the events were split into separate men’s and women’s championships, with Canada hosting one of the events annually. Since the first world men’s curling championship was held in 1959, Canada has hosted 20 world men’s and 12 world women’s championships. Ford is the title sponsor of championships held in Canada and presenting sponsor when the championships are held outside of Canada. Canada has won gold at the world men’s championship 34 times, silver eight times, bronze six times for a total of 48 medals. Scotland has won five gold, 20 silver, and seven bronze for a total medal count of 32. In third place is Sweden with five gold, six silver and seven bronze medals. Following the 2013 Ford World Men’s Championship, eight of the 10 teams that will compete in Sochi will be known: the top seven finishers based on results in the 2012 and 2013 world championships, along with the host team from Russia. Two more teams will advance to Sochi from a last-chance qualifying event in December 2013. Curling was included in the inaugural Winter Olympic Games in 1924 in Chamonix. The results were not deemed official by the International Olympic Committee until 2006. Curling was a demonstration sport at the 1932 Games, and then again in 1988 and 1992. The sport was finally added to the official sport category for the 1998 Nagano Games when Sandra Schmirler and her legendary team took gold. Brad Gushue’s team from Newfoundland/Labrador claimed gold for the men in 2006 and Kevin Martin’s Alberta team repeated in 2010. Canada has medalled every year since 1998 with three gold, three silver, and two bronze medals since the sport was declared an official Olympic sport.