The 2014 Ford World Women’s Curling Championship is heading back to the province that has embraced international curling, and fans now have the opportunity to purchase two ticket packages. The best women’s teams in the world will be coming to Saint John, March 15-23, 2014, to compete in the Harbour Station sports and entertainment complex. 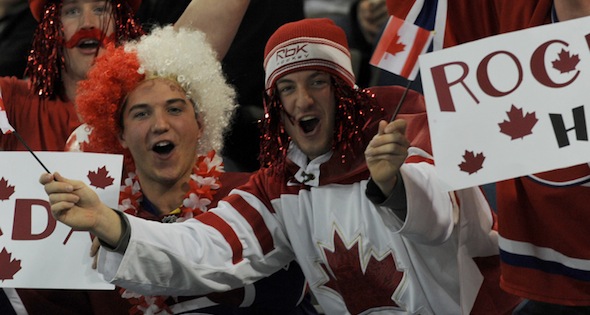 Fans will have a chance to cheer for the world’s best curlers at the 2014 Ford World Women’s Curling Championship in Saint John, N.B. (Photo, CCA/Michael Burns)

“New Brunswick fans have clearly demonstrated their love of the sport,” said Host Committee Chair Jeff Lacey. “It’s been nearly 15 years since we hosted the highly successful men’s and women’s world championship here in Saint John, and five years since the men’s championship was held in Moncton… the entire province is excited by the return of live championship curling.” Fans now have the choice of two ticket packages that will put them in the best seats in the house for the world curling showdown: The Old Classic or The Full Flex, both priced at $339. The Old Classic is the full event pass that guarantees the same seat for all 22 draws, including all the excitement of championship weekend. The Full Flex gives fans a voucher that can be redeemed for 22 tickets for the draws they really want to see. Voucher can be redeemed anytime before Feb. 21, 2014. It’s the perfect package for two people to attend 11 draws, or tickets can be used in any number of combinations for groups of friends, family or colleagues. This option is also ideal for business owners to use for client appreciation or employee rewards. “We expect the Full Flex to be very popular with our fans,” said Lacey. “It’s the same concept that has worked so well with the Saint John Sea Dogs (Quebec Major Junior Hockey League) and Saint John Mill Rats (National Basketball League of Canada). Every ticket to the championship comes with a host of value-added benefits including complimentary admission to the Patch, the legendary party central for Season of Champions events. The Patch will be located in the Saint John Trade and Convention Centre – just a short indoor walk via pedway system. It rocks all day, every day and late into the night with an exceptional lineup of live entertainment and a wide selection of food and beverages. The Patch is also the setting for Team Autograph sessions and Up Close and Personal interviews where fans have the chance to meet with the athletes. Plus, they can shoot for cash prizes in Cool Shots, the tabletop version of the roaring game. Both ticket packages can be purchased online at www.curling.ca/tickets or by phone at 1-800-267-2800. In addition to the tickets on sales today, starting Monday, March 25th we will be accepting applications for volunteers. We are looking for 400 volunteers to work in 25 committee, with positions ranging from drivers, security and program sales to hospitality in the Patch. Interested individuals can register online at www.curling.ca/2014worlds/volunteers/