It’s championship season in Canada for all sorts of curlers – including more than just the high-profile teams seen on the national and world stage. A host of other curling associations, including postal workers, firefighters and police officers, are preparing for their annual national championships, stepping out of their professional uniforms and into team jackets to represent their provinces and territories on the curling ice. Take Jason Jacobson, for example. This member of the Saskatoon Police Service has done his fair share of competitive curling, participating in three Saskatchewan men’s finals between 2001 and 2008, and playing on teams with accomplished curlers such as Brad Heidt and Steve Laycock. In 2009, he went to the national mixed championship in Iqaluit, Nunavut, as part of Team Saskatchewan, finishing in third place and earning recognition as the All-Star second in the competition. But this year, Jacobson’s focus is set on defending the national title he won last year in Montreal at the Canadian Police Curling Championship. 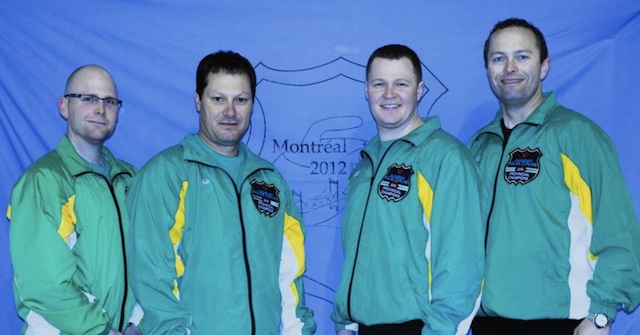 “Police curling nationals are run much like any national curling event, with one team representing each province,” says Jacobson, who is not only the 2012 champion skip, but also one of the co-organizers of the 2013 event taking place in his city. “All players proudly wear their provincial colours while playing in a 12-team round robin. The week ends in a Page playoff. The difference, of course, is that each player has to be a peace officer in Canada.” Like their police counterparts, Canadian firefighters are about to compete for their annual national championship as well. The 2013 event will mark the 54th time that members of the Canadian Fire Fighters Curling Association (CFFCA) have gathered to compete for the Hydrant Trophy, this year at Thistle-St. Andrews Curling Club in Saint John, N.B., March 22-30. Founded in 1958 by Vancouver firefighter Aubrey Neff, the CFFCA held its first national competition in 1960 – although only five provinces were involved at that early stage. By 1997, the championship had been hosted by every province and territory. The 2012 championship was held in Truro, N.S., where the Nipigon Fire Department team from Northern Ontario – skip Jeff Zechner, third Ian Brennen, second Joe Marques and lead John Zechner Jr., with director Dan Jackson – defeated the representatives of the Winnipeg Fire Department to take the title. 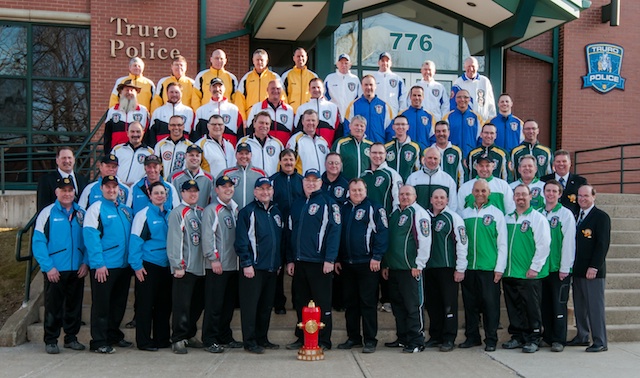 Canadian postal employees will also be on the ice battling for a national championship this season, an event that debuted in 1967 when the Manitoba Postal Curling Association hosted curlers from cities across Alberta, Saskatchewan, Manitoba and Northern Ontario in a 10-team competition. Since then, the Canadian Postal Curling Championship has become a truly national championship: by 1991, every province and territory had hosted the event at least once. Now known as the Canadian Postal Employees Curling Classic, the 2013 championship will take place April 13-19 at the Mayflower Curling Club in Halifax, N.S. In 2012, the Saskatchewan team of Maurel Erick, Dave Kidby, Rick Brucker, Dale Gowen won the event which was hosted by the Cloverdale Curling Club in Surrey, B.C. All three curling associations – police, firefighters and postal employees – are affiliate members of the Canadian Curling Association and share the goal of representing their curling members, both men and women, from coast to coast. They’re also committed to giving back. For the CFFCA, that means partnering with Muscular Dystrophy Canada to raise funds during provincial and territorial playdowns, a tradition that started in 2000. “The Canadian Fire Fighters Curling Association has had a partnership with Muscular Dystrophy for many years and has been the national charity for fire fighters in general for much longer,” says Bob Poole of the CFFCA. “Over the last 10 years, the Canadian Fire Fighters Curling Championship alone has raised over $108,000 for the charity.” Last year, the Victoria-based CFFCA was awarded the Fred Shaddick Community Spirit Award in recognition of its contribution to Muscular Dystrophy Canada. 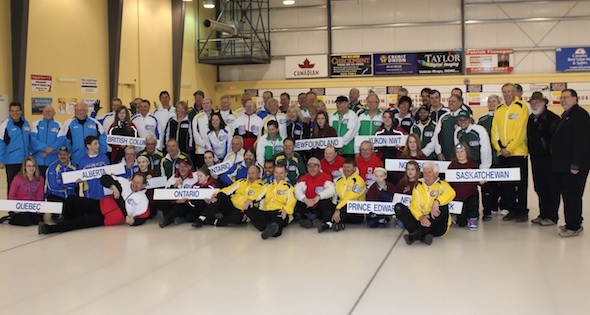 The upcoming Canadian Police Curling Championship in Saskatoon will also be raising funds and awareness for its partner charity, the Tourette’s Syndrome Foundation of Canada. Last year’s championship event in Montreal raised $4,000, and police associations across Canada do their part year round to raise the profile of the Foundation. In Saskatoon, Jacobson and his committee are finalizing plans to welcome police officers and peace officers to their curling association’s 58th annual Canadian championship, starting this weekend. The Nutana Curling Club has donated ice for the week, and curlers will stay at a new hotel just a few minutes from the rink, with team vehicles and drivers assigned to make transportation easier. The organizers have also planned special off-ice events for curlers and their guests. 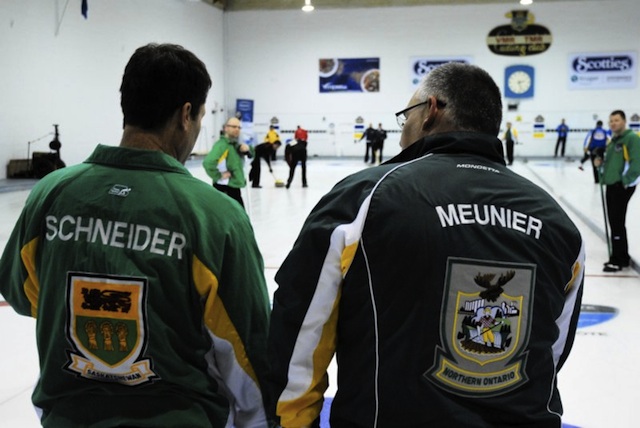 “A formal banquet has been booked at the Willows Golf Course for the Parade of Colours,” says Jacobson. “This is a night that all competitors look forward to. Officers wear their dress uniforms from police services and peace officer services across Canada. Awards are given to lifetime members, and many thank-yous are given to all the people that help continue the success of police curling in Canada.” Once the curling gets underway, Jacobson will be focused on defending his Canadian title. At last year’s event in Montreal, lead Al Dmystryshyn had to fly home to Saskatchewan before the final game after getting the call that his wife had just gone into labour. The team had to rely on a local spare to win the final game. This year, as Team Canada, Jacobson will be competing with his full team, including third Jeremy Tipper and second Gerry Schneider. But the event is about more than curling, he says. “Every night, teams gather at a hospitality suite to share stories about curling, policing, family, and life. The camaraderie is amazing,” he says. “We work in a stressful, high risk career. It’s great to unwind with fellow officers from across Canada.” The Canadian Police Curling Championship takes place at the Nutana Curling Club in Saskatoon, Sask., from March 23-30, 2013 The Canadian Firefighters Curling Championship takes place at the Thistle-St. Andrews Curling Club in Saint John, N.B., March 22-30, 2013 The Canadian Postal Employees Curling Classic takes place at the Mayflower Curling Club in Halifax, N.S., April 13-19, 2013