A 22-team field took to the tables in Hillside Centre, March 9-10 for the Cool Shots Tournament, a warm-up for the action at the 2013 Ford World Men’s Curling Championship, presented by Booster Juice. 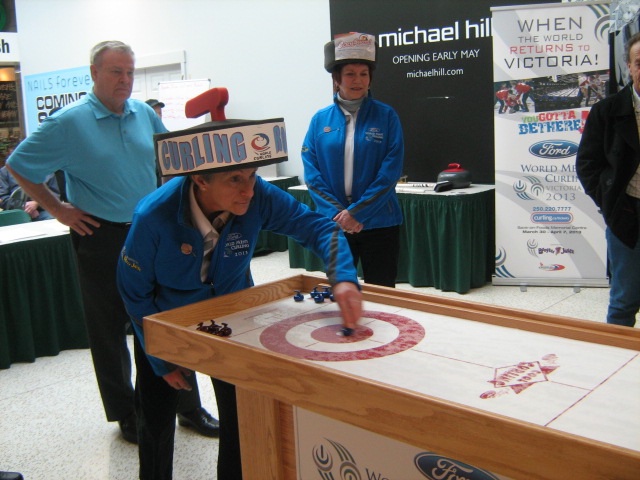 The competition was intense in the small-scale version of the roaring game, played on a shuffleboard-style surface with all kinds of curl. The grand prize at stake was a $500 Hillside Centre gift card with a great range of prizes for playoff teams, including two pairs of tickets to the opening draw of the Ford World Men’s, Hillside pins and tokens for The Original 16 Patch and souvenir programs. The championship playdowns, Sunday, March 9, saw The Terminators, the team of Doug Grant and Don Heaton, take the Cool Shots title. Second place went to Cowichan Bay (Dave Shortill and Heather Broughton), The Handlers (Dorothy Wright and Paula Del Bel Belluz) were third and The Sutton Sliders (James Leonardo and Dennis Sutton) finished in fourth spot. Media partner Kool FM was on the scene, broadcasting live throughout the weekend, and providing background music for the competition. Cool Shots will be a big part of the fun in The Original 16 Patch when the 2013 Ford World Men’s Curling Championship is underway, March 30-April 7 in Victoria’s Save-On-Foods Memorial Centre. The Patch will be situated adjacent to the arena in the Victoria Curling Centre. Complimentary admission is included with every same-day event ticket, and fans can sign up for free to compete in the daily Cool Shots competitions with cash prizes on the line! “You Gotta Be There” for the excitement of live championship curling and the non-stop party in The Original 16 Patch. Reserve your seats today by clicking here. 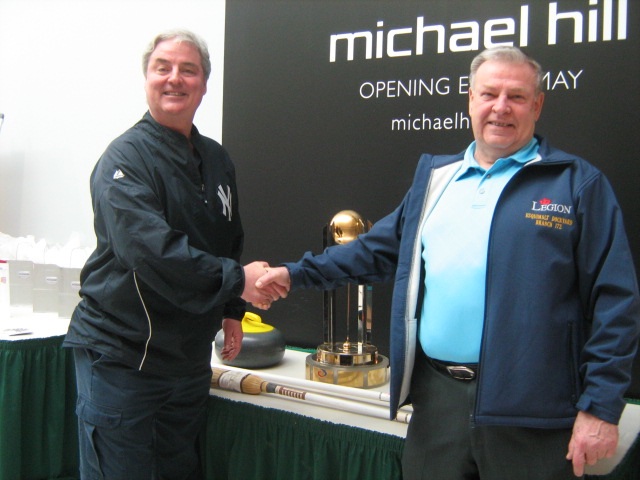