Quebec through to final at Wheelchair Curling Championship

Quebec dominated the round robin and kept it going in the Page 1-2 playoff game today to earn their spot in the finals of the Canadian Wheelchair Curling Championship in Ottawa. 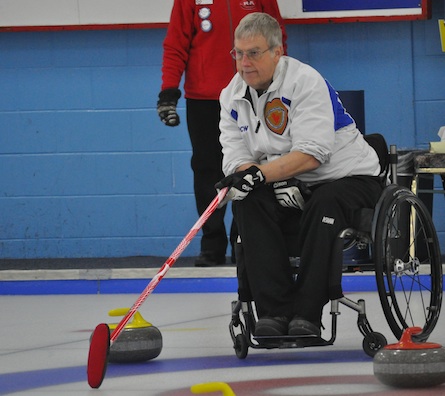 Their only loss of the round robin was to British Columbia, but Team Quebec – skip Benoît Lessard, third Carl Marquis, second Sébastien Boisvert and lead Johanne Daly, coached by Germain Tremblay out of the Magog Curling Club – made sure of the rematch, winning the Page 1-2 playoff handily by a score of 10-4 and moving directly into Sunday’s final at the RA Centre. British Columbia – skip Gary Cormack, Frank La Bounty, Vince Miele, Alison Duddy, Samantha Siu and coach Karen Watson, who represent the Marpole Curling Club in Vancouver and the Richmond Curling Club in Richmond – came out strong with a steal of two in the first end, but Quebec answered with a deuce and stole the next two ends for a 7-2 lead heading into the break. B.C. answered with a deuce in the fifth, but it was all Quebec after that. Lessard blanked the sixth and scored three points in the seventh to take an insurmountable 10-4 lead – and the win. Quebec now goes directly to Sunday afternoon’s final, while B.C.’s Cormack, a two-time Canadian champion, moves on to the semifinal against the winner of the Page 3-4 game between Alberta’s Bruno Yizek and Northern Ontario’s Gino Sonego, which takes place today at 3 p.m. EDT. The semifinal goes on Sunday at 10 a.m. EDT, with the championship final set for 3 p.m. EDT. Draw results and other event information will be available at www.curling.ca and https://www.curling.ca/championships/wheelchair Live-streaming of games is available at: www.ustream.tv/channel/wcblog2 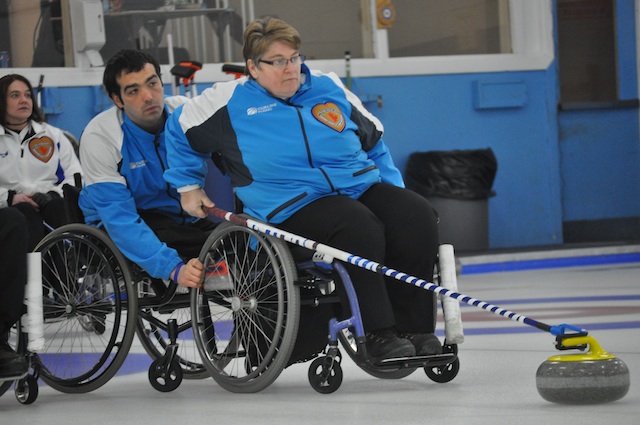