Ford Worlds are finally here, and the Dagg-Jacksons are excited!

It’s finally here! I’ve been waiting for this week since Victoria was awarded the Ford World Curling Championship, presented by Booster Juice, around two years ago. The sun is shining, the blossoms are out, Victoria is dressed up and ready to party! Such a gracious hostess. 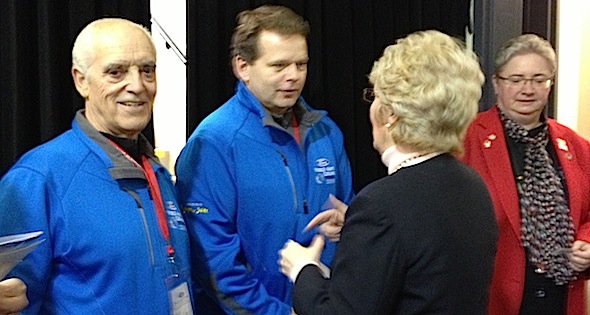 In my normal life you can find me at any curling rink around the country or around the world in my position as the leader of the Canadian Curling Association’s national women’s coach. (I know it’s a tough job but someone has to do it, wink, wink!) But this week there is only one place you will be able to find me along with friends and family! 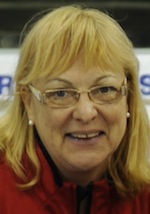 A lot of things make this event special for the Dagg-Jackson family and I am looking forward to sharing some of them through my blog over the next week. I am one of those people who have been involved in curling all my life, growing up behind the glass of the curling clubs around greater Vancouver. And over time, like so many others, I fell under the spell. What makes curling so special? Now that’s a tough one to answer in a few words! When you curl, you know. You become a part of something that is so much bigger and, well, special. For the Dagg-Jacksons this event is about family. We are all involved and expect to be at the Save-On-Foods Memorial Centre and the Original 16 Patch every waking moment. We simply don’t want to miss a moment, because you just never know when the next ‘something special’ is going to happen. My uncle, Keith Dagg, is co-chair of the event along with Chris Atchison, a close friend and former teammate of my husband Glen Jackson.  This is the second time Keith has headed up this event; the first time was eight years ago with Glen in the co-chair role.  In 2005, when the Save-On-Foods Memorial Centre was barely open, the joke was that while the paint was drying and the pre-event practice was underway, the curlers had to play through the drywall dust and the ice crew had to build its own room. The local organizing committee made a valiant effort to find the fun in the situation, and ultimately staged one of the best sporting events this city has ever seen generating, $20 million in economic activity for our city. This time around, Victoria and the Save-On-Foods Memorial Centre are showing their colours and are determined to match the magic of that last world championship. The weather is perfect, the arena is shiny and ready, and the folks behind the scenes are poised to make this a memorable experience for all. The Dagg-Jackson family will be just a few of the almost 500 blue jackets standing at the ready to make this event special.