Over the past few years, the Capital One Rocks & Rings program has been expanding. We’ve been encouraging local clubs to take advantage of our Adopt a School program. The Meaford Curling Club worked with their local schools to get students from the gym to the curling ice, and here is their story. 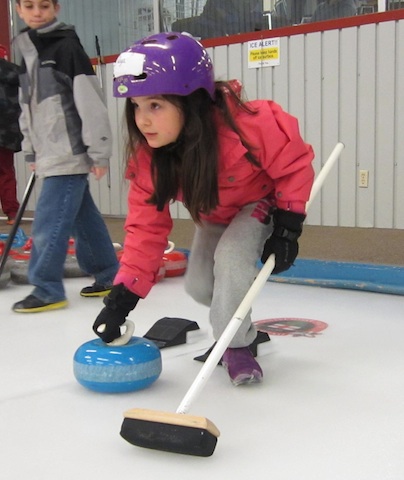 Tracy McNally, elementary school teacher: Back in January of 2010, I contacted Rocks & Rings. I had seen multiple ads on TV about this exciting program. I knew from my own experience that curling can be a lifelong sport and recalled how my teachers in elementary school had given me this opportunity. I had already been part of organizing a successful junior curling program at our local club, Meaford Curling Club. It had been running as a school club, a way for students to get an athletic credit toward their school letter. After a few years of gaining skills, we even had two teams enter the Timbits Provincial Curling competition when it was held in Port Elgin in 2007. As these students moved on to secondary school, our curlers became mainly Little Rockers and the program was a community club, an attempt to make more of a link with the club itself. Unfortunately, the Rocks & Rings program was not available in our area just yet. Then, this past September, one of teachers who had been part of our after-school curling program forwarded an email to me. Good news! The program was booking and when I contacted them, sure enough, they were able to come to Meaford now! I knew that our club sets aside junior funds each year and had not been using it recently. After attending a board meeting at the Meaford Curling Club, I was thrilled to hear that they would supply the funds needed to cover the cost of both elementary schools in town having the program for a full day each. The arrangements were made and we anxiously awaited the event. Classes from Grades 1-6 each had a turn in the gym for 40 minutes with the Rocks & Rings instructor. Whether already curlers or trying it for the first time, the kids were energized and were enthused. Staff were also very positive about the activities. A teacher’s Getting Started in Curling guide was left at the school that linked curling to many different subjects such as Science, Phys. Ed., Math, and Literacy. Students received a graduation certificate celebrating their participation in the day’s events. 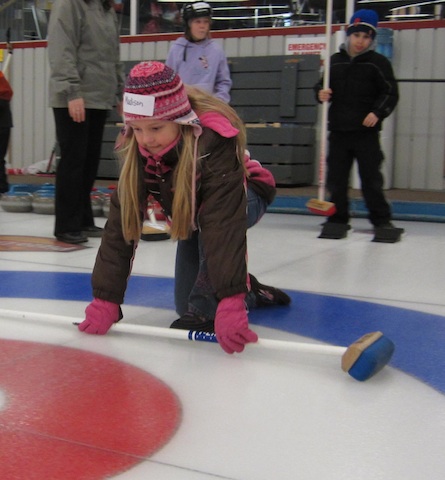 Our plan was to be able to hand out registration forms for our Junior club on the same day of the Rocks & Rings visit. Unfortunately, we were not ready to begin the club until after the December break. Regardless, we had many new children join the junior curling program at our club. We have even had other schools in the area inquiring into our response to the Rocks & Rings program. Jennifer Pearson, retired elementary school teacher: For many years, I had checked the Rocks & Rings website to see if we could participate in this program, and I was excited to hear this fall that the local schools had the chance to participate in it. Late in the fall, I was approached by our curling club president and our club icemaker to see if I would be interested in helping with the Junior Curling Program. After discussions with Tracy McNally, who had looked after this in the past, I decided to take this on! In December, Tracy sent pictures from The Capital One Rocks & Rings program to the local paper to stir up interest in the community, and I took registration forms to our two local schools, St.Vincent-Euphrasia Elementary and Meaford Community. By the second week of January, after the school break, we met with the children at the Curling Club to begin our after-school activity. We had 16 eager participants ranging from Grade 2 to Grade 6. As well, there were three volunteers from our local secondary school, and three volunteers from our curling club. There was always a lot of enthusiasm as we taped shoes and prepared for daily activities! Our club has a set of Little Rocks, and the children had access to brooms and sliders at the club. 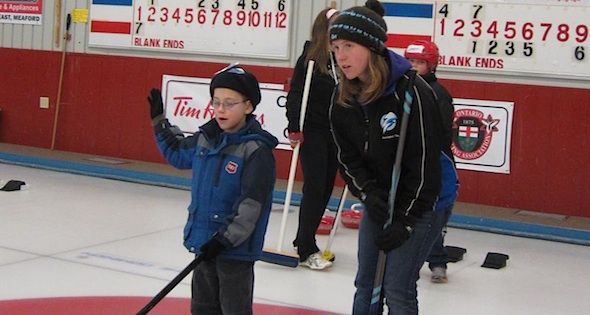 The program was set up for six weeks, for one hour and 15 minutes every Monday after school. We practiced delivering stones and sweeping, and we learned about in-turns and out-turns. Games were introduced during the session and by Week 6 we had mini-games. All the adults were impressed with the development of skills that we saw in the children. We completed our session with prizes for each student, and a promise that we would continue next year. Some of the students returned to the Meaford Curling Club to act as sign bearers for the Provincial Colt and Trophy Championships. They were excited to watch former Meaford Junior Curlers and World Junior Champs Andy Ormsby and Brent Laing act as sweepers for the ceremonial first rock! A shirt donated by Brent Laing was raffled off at the club’s closing bonspiel to raise funds for Junior Curling, and a tip jar at the bar is always available…so we are well on our way to set up the program for another year. Thanks to The Capital One Rocks & Rings program for inspiring these future curlers! 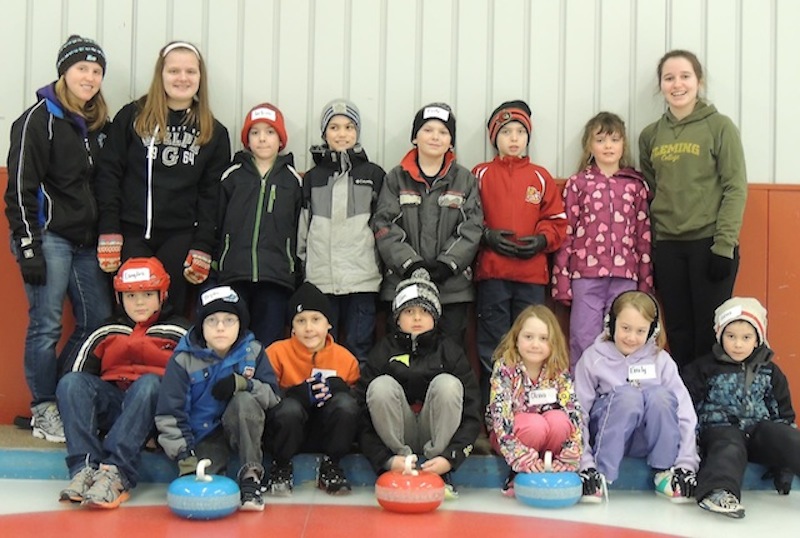