Ever wonder what it’s like to jump head first into teaching a group of youngsters each week? Would you be brave enough to take on that challenge? Well Sherrie Burechailo did just that and never looked back. We last chatted with Burechailo back in November where she was gung-ho about taking the reins for the junior program at Penticton Curling Club. Burechailo speaks about the challenges and the rewards of coaching the program, but I’ll let her explain in her own words… 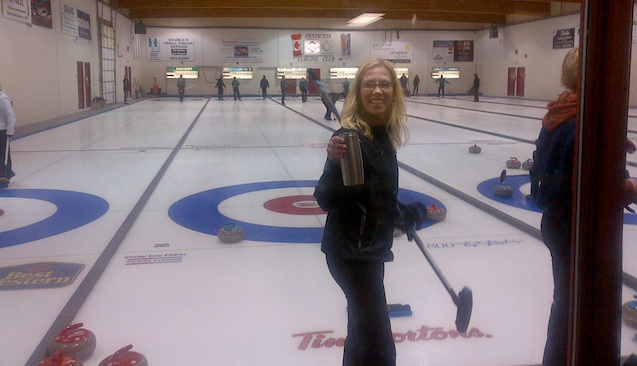 Sherrie Burechailo: I was so happy to have been a part of junior curling at the Penticton Curling Club. What an experience this year has been! With anywhere from 24-40 kids per session, it was hard to know how many kids would attend each week, but it was always fun. As the year progressed, kids found themselves sorted into teams, often by which school they attend during the day. They had so much fun playing against other teams each week. We usually ended up with an odd number of teams, so that team did skills and drills with me, learning new things that I learned from the Club Coach training in Parksville, B.C. last October. Penticton hosted the WFG Continental Cup in early January where the juniors from our club were able to be part of the opening ceremonies. This event alone created a huge burst of energy and enthusiasm of young curlers in our region. Following the event, all the juniors who participated in the Junior Stars program came to practice with their new brooms and jackets and a wealth of enthusiasm for the game and their potential with the sport. It was exciting and heart-warming to see! 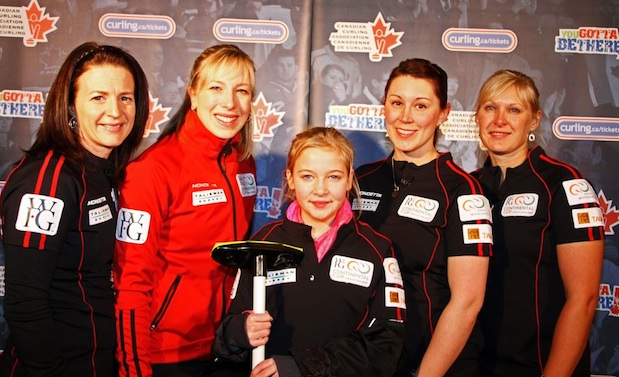 Young curlers from Penticton in the Junior Stars program had the chance to meet the teams at the WFB Continental Cup of Curling, including Coach Burechailo’s daughter, Kestrell (Photo courtesy Sherrie Burechailo)

One of the things that I noticed this past year being a new coach was that I had such a hard time getting enough coaches to help out each week. It was always a struggle. I challenged league players to help and as a result, we always ended up with just enough to make each week work. We completed our year with a bonspiel and year-end party with pizza and prizes. I cannot express how happy and satisfied I was to know that I helped a whole new group of curlers create a love of the game. I hope that my enthusiasm for the program, coupled with my Rocks & Rings program training for schools in our district, can help to sustain a love of curling for a long time to come. ***** Have you been touched by the sport and are looking for ways to get involved with the youth program at your local curling club (even if just for a few weeks)? Get in touch with the manager at your club or your provincial/territorial curling association to find out how you can make a difference. Good curling and may the rocks be ever in your favour.