Three Canadian teams will compete for this season’s final crack at an international curling championship, beginning Saturday at the Grant-Harvey Centre in Fredericton, N.B. 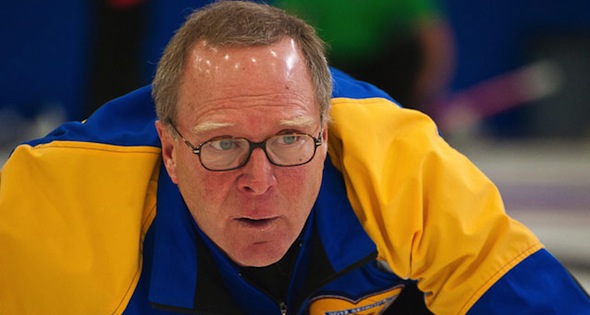 The 2013 World Mixed Doubles and World Senior Curling Championships are expected to be the biggest curling events ever staged in terms of the number of athletes (around 350) and countries represented (29). While Canada’s senior teams have traditionally been tough on the global stage — Edmonton’s Cathy King foursome will be looking for Canada’s sixth straight world senior women’s title while Rob Armitage and his team from Red Deer are taking aim at Canada’s eighth senior men’s gold medal in the 12-year history of the event — the Canadian mixed doubles pairing of Robert Desjardins and Isabelle Néron of Saguenay, Que., will attempt to win this country’s first gold medal since the world mixed doubles championship was introduced in 2008. 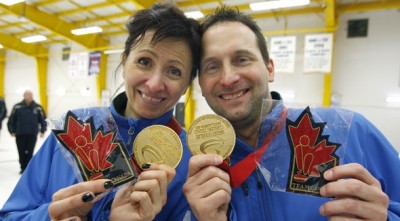 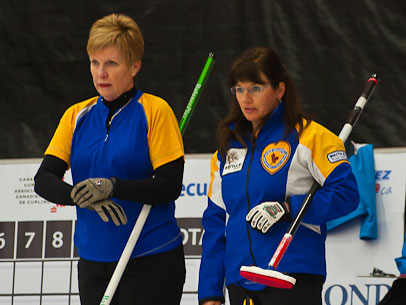 Morris, however, has represented Scotland previously at four World Senior Women’s Championships, winning gold in 2005 at Howwood, Scotland, and silver in 2003 at Winnipeg. The round-robin draw will run through to April 18 before the playoffs get underway. There are 20 senior men’s teams, split into two 10-team pools; 14 senior women’s teams, split into two seven-team pools; and 27 mixed doubles teams split into three nine-team pools. On April 20, the senior men’s and women’s gold-medal and bronze-medal games are scheduled for 2 p.m., with the mixed doubles gold-medal and bronze-medal games at 5 p.m. Selected games, including the Canada-Italy game on Saturday, from the World Mixed Doubles Championship will be broadcast online; go to the event website, www.wmdcc2013.curlingevents.com/, to see the games and full broadcast schedule. Other Canadian games scheduled for broadcast are: vs. Spain on Sunday (9 p.m.); and vs. Russia on April 17 (4 p.m.). Wayne Tallon, the Host Committee Chair for the 2013 World Seniors and World Mixed Doubles Championships, will be representing Canada at the 2014 World Senior Men’s Championship (host city TBA) after claiming the 2013 Canadian Senior Men’s title on March 24 in Summerside, P.E.I. Since the World Mixed Doubles Championship made its debut in 2008 in Vierumäki, Finland, Swiss teams have won four of the five gold medals, including Nadine Lehmann and Martin Rios, who won last year in Erzurum, Turkey, and will be competing to defend their title in Fredericton. Canada’s best finish at the world championship was a bronze medal, claimed by Sean Grassie and Allison Nimik in 2009 at Cortina d’Ampezzo, Italy. At the World Seniors, Canadian teams have enjoyed more success since the first edition in 2002 at Bismarck, N.D. On the men’s side, Canadian teams have been in all 11 gold-medal games, winning seven of them: Tom Reed in 2003 at Winnipeg; Bas Buckle in 2004 at Gävle, Sweden, and again a year later at Howwood; Les Rogers in 2006 at Copenhagen, Denmark; Pat Ryan in 2008 at Vierumäki; Eugene Hritzuk in 2009 at Dunedin, New Zealand; and Mark Johnson in 2011 at St. Paul, Minn. Canadian senior women’s teams have collected eight gold medals — Anne Dunn in 2002 at Bismarck and 2004 at Gävle; Nancy Kerr in 2003 at Winnipeg; Diane Foster in 2008 at Vierumäki; Pat Sanders in 2009 at Dunedin; Colleen Pinkney in 2010 at Chelyabinsk, Russia; Christine Jurgenson in 2011 at St. Paul; and Heidi Hanlon last year at Tårnby, Denmark. For live scores and standings from the World Mixed Doubles Championship, go to: www.wmdcc2013.curlingevents.com/. For live scores and standings from the World Seniors Championship, go to: wscc2013.curlingevents.com/.