Around the House: Building an online curling community in North Bay

The action on the curling ice may be wrapping up for another season, but many curling facilities still maintain a presence all year long – online. A perfect example is Northern Ontario’s North Bay Granite Club, which has a thriving website and social media platform to keep curlers engaged in club activities throughout the season and beyond. For example, North Bay Granite is attracting attention for the club’s annual Summerspiel by using social media extensively. Facebook and Twitter postings have helped spread the word and attract entries, says North Bay Granite’s manager, Bobby Ray.

Already active on Twitter with an account to share club news and events, Ray created a second account devoted to this year’s Yee-Haw Summerspiel, taking place July 12-14. Last year’s inaugural spiel welcomed 28 teams, and Ray is hoping the additional online buzz will help land a whopping 40 teams for the three-day event that kicks off with curling and entertainment on Friday night, a corn roast, Karaoke contest and dance on Saturday, and finals and prize presentations on Sunday. Ray sent out tweets to high-profile curlers, hoping to attract some new registrations, and the strategy worked. Scott Howard, who played on the John Epping rink for most of the 2012-2013 season and has recently joined Guelph’s Rob Rumfeldt foursome, saw the tweeted invitation and signed up. Tracy Horgan, the 2012 Ontario Scotties representative, will also be returning after making it to the finals of the A Division in last year’s event. 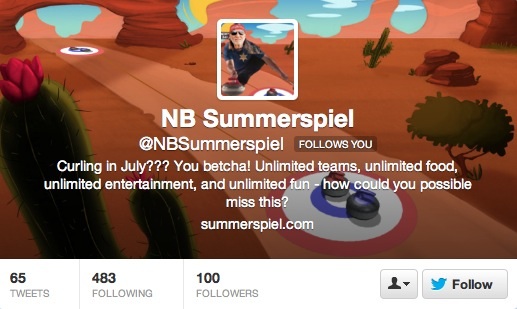 Although Ray turned to Twitter only recently – “I am still finding my way with this program,” he said earlier this season – it’s obviously paying off as part of his curling centre’s overall social media program. Facebook is used extensively at North Bay Granite: a contest early in the season encouraged members to join Facebook groups for their respective leagues, allowing each league to organize spares, promote events and notify members of cancellations and special event nights. There were draw prizes for curlers who joined their league group, and Ray was available to assist those who were unfamiliar with Facebook, or who had concerns about the appropriate privacy settings. But social media only works if there’s a solid online presence supporting it. To that end, North Bay Granite has put substantial effort into creating a strong website. “The best part about our website is that it did not cost the overwhelming amount that most web designers would charge,” says Ray. “I made it using a very easy-to-use program called Homestead. The cost is $20/month; however, it can host additional websites at a cost of $2/month. I have created websites for a few other organizations and for Granite Club-affiliated events such as our Summerspiel so that the overall cost is shared.” And Ray has an answer for anyone who thinks you need to be tech-savvy to create a website. “When I made the website I did not have any previous experience with such developments, so that goes to show how easy it really is,” he says. “The software is a ‘what you see is what you get’ platform which allows the webmaster to drag and drop images, shapes, text, links, etc. such as making a poster in Microsoft Word, Publisher, Excel, and so on.” 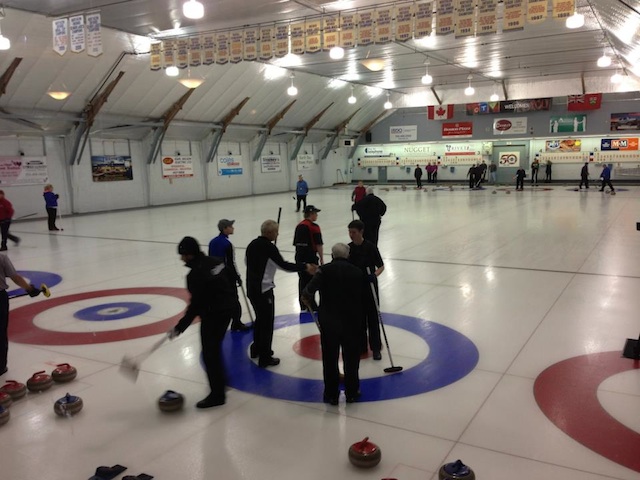 Besides the league Facebook pages, the club is also developing online membership profiles to store data and assist members in updating their own contact information, league play activity and more. “Their protected profiles also have the ability of storing locker number and combinations and credit card information. We hope the majority of our membership will opt to pay online next year as it will save us time and energy,” says Ray. Other features include password-protected pages for key volunteers and board members, as well as archives of club memorabilia, and a future Pro Shop page, which will allow members to purchase supplies online. “My advice is to have a website that is built by a member, staffer, or director of the club when possible so it will more accurately reflect your club’s personality,” says Ray. “Having complete control over the look of your website, the features, the news stories etc. is important, as you want to keep your site current so that people come back often to see what’s new.” Using Twitter and Facebook are a great way to create an online community of curlers at your curling facility and beyond, but an effective website serves as a solid base from which to launch a social media campaign such as the one used by North Bay Granite Club. “By having a website,” says Ray, “we are attempting to create a one-stop shop for curling news, information, photos and more in our city.” Check out North Bay Granite Club’s website and Facebook page. On Twitter, you can find the club’s profile, and the Yee-Haw Summerspiel feed here. As of April 22, a total of 31 teams had registered for the summer bonspiel…