Andy Jones of Calgary recently coached Team Alberta to the bronze medal at the Canadian Wheelchair Curling Championship in Ottawa. Jones works with both able-bodied and wheelchair curlers, and he’s a role model for coaches who might be looking to expand their repertoire of coaching experiences. Jones has curled competitively in his province, and he had a few “good runs,” he says, but never made it to a Brier. 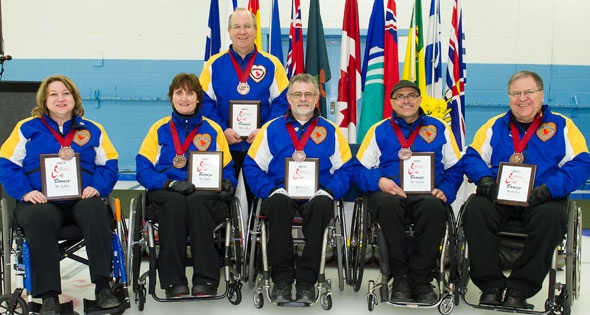 To find an outlet for that still-burning competitive spark, he turned to coaching, starting, as so many curling coaches do, with his own sons in their local junior program. Today, after working with Bill Tschirhart and Paul Webster at the National Training Centre, he’s a Certified Level 3 coach, a Master Learning Facilitator (i.e. coaching coaches), Head Coach of the U21 Training Centre for Curling at the Calgary Winter Club – and the coach of the Alberta wheelchair curling champions, skipped by Bruno Yizek. Here’s a conversation with Andy Jones about curling, coaching and the developing sport of wheelchair curling. How did you get involved in wheelchair curling and, in particular, in coaching Team Alberta? The Wheelchair Team came out of nowhere. Their coach, Tony Zummack, left to take on the job of running Scotland’s Wheelchair Program so they were looking for a new coach. They contacted Paul Webster at the NTC and he suggested me. I was not a likely candidate for the job as I had never seen wheelchair curling before. In fact when I first watched them all I could see was the wheelchair. My first actual wheelchair game was at provincials in 2011 and I felt a little overwhelmed. The team is very skilled and we easily won the competition and went to Edmonton to represent Alberta. After the first nationals, I no longer saw the wheelchair. All I saw was curling. 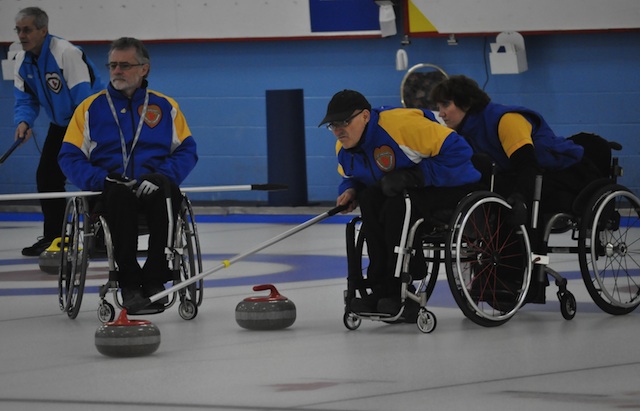 You’ve just come home from coaching Team Alberta to the bronze medal at the Canadian Wheelchair Curling Championship in Ottawa. What were some of the challenges and highlights you and your team experienced at the competition? Winning bronze was a little disappointing. We have won silver four of the five previous years so we were obviously gunning for gold. Having said that, a medal at any national competition is something to be treasured and we are happy to wear the bronze. The highlights of the competition always include the people you meet. Many teams show up virtually unchanged from year to year – the result of a small athlete pool – so friendships are renewed. The organizing committees always do a fabulous job of looking after us. Transporting 10 wheelchair teams around and looking after their needs is very challenging but Ottawa was more than ready for the job. The competition was tremendous. The biggest challenge for any athlete at a long competition is dealing with the physical and mental fatigue. As an experienced team, we handled it better than most but still managed a couple of “off” games that could have put us in the Page 1-2 game instead of the 3-4 game. One of the biggest worries before we arrive is always accommodation. With 10 teams at one hotel, there is no possible way to have accessible rooms for everyone who needs one. Compromises have to be made and that can be difficult to look forward to as well as difficult to deal with once there. The organizers and hotels do the best they can. Other challenges include the long days. We had to be on a bus each morning at 7:30 a.m. and didn’t get back until about 7:30 p.m. That’s a long day cooped up in a facility without a couch to transfer into. Feeding all those people at once is another challenge that the restaurant eventually learned to deal with. In your experience, what’s different — and what’s the same — about coaching able-bodied and wheelchair curlers? The biggest difference between able-bodied and wheelchair curling is obviously lack of sweeping. It changes the dynamic quite a bit. Communication is less of an issue but still needs addressing. Shot selection is different as we can’t be as precise and it’s very important to know shot tolerances: better to be short or deep, wide or tight etc. Sometimes we have to pass up a big end because the shot is too difficult and it’s more important to be sure we are still in the game than to take a chance of winning or losing on one shot. In addition, often the thrower does not know exactly what the situation in the house is (or even who is shot) since they are not travelling up and down the ice sweeping. Wheelchair curling takes longer to play simply because it takes longer to set up, which makes it a cold proposition for a group of athletes who don’t move around much. 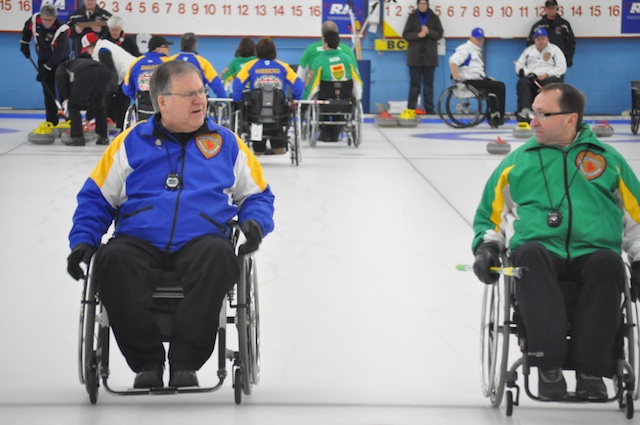 What advice would you give to coaches who are interested in getting involved in wheelchair curling? Coaches who are interested in getting involved should remember that it’s still curling. Most of your coaching skills are still going to be used. You also have to remember that most of these athletes have not been curling for very long. There are a thousand little nuances to this game that we have picked up over years of playing and coaching. They may not understand them all yet and, yes, you will be spending a great deal of time talking about strategy and choices. The national championship showcased some tremendous curling. The sport has come so far. What do you see for the future of wheelchair curling in Canada, and internationally? The calibre of play in wheelchair curling has been growing by leaps and bounds. The team I coach plays in an able-bodied league and is ranked in the top half, with no sweeping while the other teams do. The shot-making improves every year. We play shots routinely that we once thought were too hard. Once we make some better strategic choices, we could really start to take off. Internationally the game is already played at an extremely high level. With world championships and Paralympics, we should have no trouble attracting top wheelchair athletes. Anything else you’d like to add? About your team? About coaching? About the sport in general? I’m very lucky to work with these athletes. Our skip, Bruno Yizek, has represented Canada at World Championships (winning gold) and has won Paralympic Gold at Vancouver 2010. He is “Mr. Clutch”. Jack Smart and Anne Hibberd have also represented Canada at the World Championships in 2012 and are two of the most consistent curlers out there. Martin Purvis has played for five years and throws a rock as hard as any wheelchair curler. He is turning into another very consistent player. They have all taught me about wheelchair curling. I hope to be able to give them the missing pieces so they can finally win that elusive gold medal. 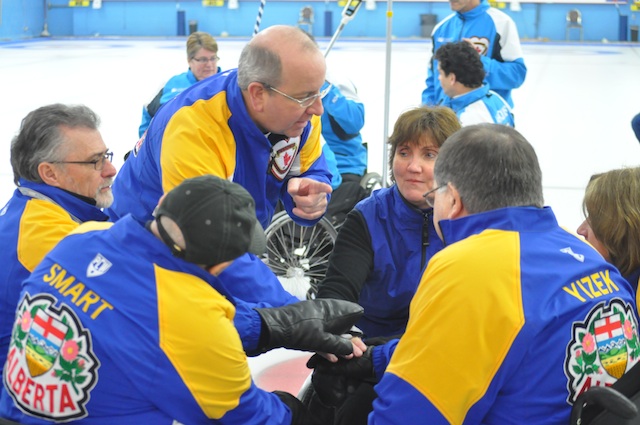