One of Canada’s best-known curlers has accepted a position to oversee the Chinese Curling Association’s men’s and women’s teams for the 2013-14 curling season, including the 2014 Winter Olympics in Sochi, Russia. 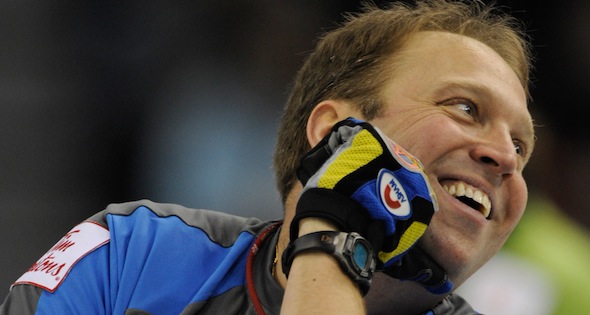 Marcel Rocque of Edmonton, a four-time champion at the Tim Hortons Brier and three-time champion at the Ford World Men’s Curling Championship, all playing lead for the legendary Randy Ferbey team, made the announcement today. “I will have an opportunity to experience an Olympic Winter Games, which is the only thing that isn’t on my list of accomplishments in the sport,” said Rocque. “Although I dreamed of this experience as a player with the Ferbey Four, trying to provide assistance as a coach would be the next best thing.” Canadians have played prominent roles over the years in developing the sport of curling in various countries in a myriad of ways, including starting the game at the grassroots as well as the high-performance coaching level, administration and event management. “Marcel has been a wonderful ambassador for curling in our country,” said CCA Chief Executive Officer Greg Stremlaw. “This is another example of how Canadian curlers are looking to build the sport, not only at home but around the world.” Since retiring as an active player, Rocque has been an active coach, including with the Canadian Curling Association (CCA), focusing particularly on sweeping techniques at various camps around the country. “Marcel has been a huge supporter of the Canadian Curling Association, both during his playing career and now as a mentor with our younger players,” said Gerry Peckham, the CCA’s Director, High Performance. “This short-term position should be extremely beneficial for Marcel as he takes steps to progress in his coaching career, with an eye on returning to the CCA’s fold down the road.” Rocque said he was thankful for the support his family along with his employer, the Edmonton Public School Board, as well as principal Bryan Radmanovich at J. Percy Page High School (where Rocque is a culinary teacher) as he considered the opportunity with the Chinese Curling Association. “I love my current job, and in the past, I was always involved with coaching and all the other aspects of physical education for the students I work with,” he said. “My innate desire to continue to be a student of the game, has led me to this opportunity. I’m going to go to China to see if I can have a positive influence on the game that I love so much in a land far away. I feel that I will be given the opportunity to gain some great experience and to learn from their way of approaching sport to hopefully one day have a similar opportunity in my own country.”