It was June 21, and to be brutally honest, the last thing on the mind of Highwood Curling Club manager John Steel was the fate of High River’s four-sheet curling facility, which was being hammered by record flooding. 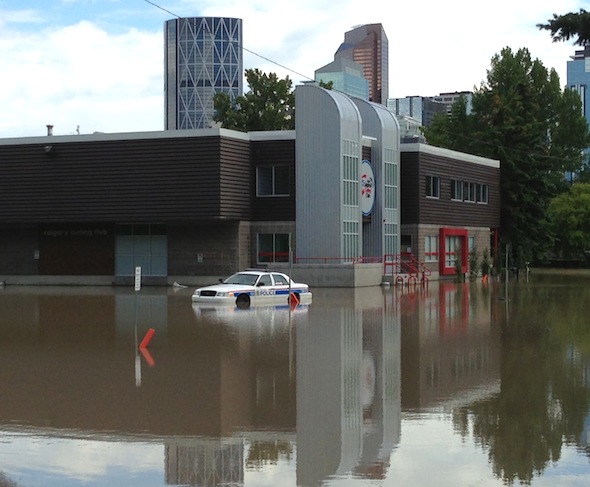 The Calgary Curling Club, as it appeared on June 22 after the Bow River overflowed its banks during record-breaking flooding in Alberta. (Photo, CCA/Al Cameron)

The Alberta floods had a profound effect on all facets of life in Southern Alberta, with four curling rinks taking severe hits as record rainfall produced the worst flooding in history. But, understandably, Steel was more concerned about his own home in High River than the curling rink he manages. “It’s really difficult because all my emotions and energy were tied up with my own house,” said Steel, who only recently was allowed to return to his home. “We lost our whole basement and we had two feet of water in our garage, and we lost our whole yard. We have an empty basement and we’ll have to re-sod the lawn, and none of that is covered by insurance, so it’ll be coming out of our own jeans.” More than two months later, those four clubs — the Highwood Curling Club, the Calgary Curling Club, the Inglewood Golf and Curling Club and the Glencoe Club — have recovered to the point that all four should be open for business when curling gets underway this fall. Suffice to say, though, it was a scary few days. 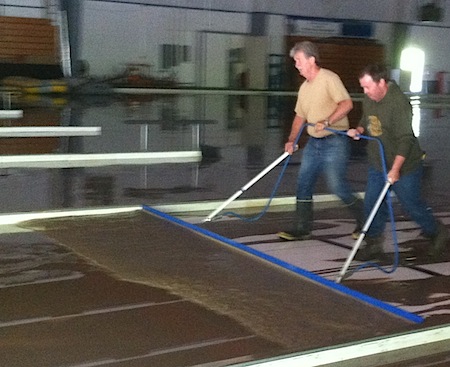 The Calgary Curling Club, located just half a block from the Bow River, was inundated with water; at one point, a police vehicle was abandoned in the parking lot. Club officials weren’t able to fully assess the damage until four days after the flooding, and didn’t have power for another four days. “It was just like, how bad is it?,” said CCC Program and Events Coordinator Daniel Bubola of his first look inside the building. “And then we saw that everything at ice level was covered in mud. Then it became, how hard is it going to be to remove this stuff? And where do we start? We just went out onto the rink with a couple squeegees and starting cleaning the surface, and it came off pretty good. It was relatively easy to move the majority of the stuff.” The good news at the Calgary club was that the viewing areas and offices were untouched; the water was contained on the ice surface, and the damage was mainly to carpeting and sheet dividing boards. The rocks, fortunately, were stored above the ice surface on the bleachers and weren’t touched. Club manager Bob Laycock, along with Bubola, ice technicians Al Whapham and Rob Fisk, and Food and Beverage manager Brian Campbell immediately got to work to remove the mud, tear up carpet and dry out the salvageable pieces, and, in general, get the ice surface ready for curling. 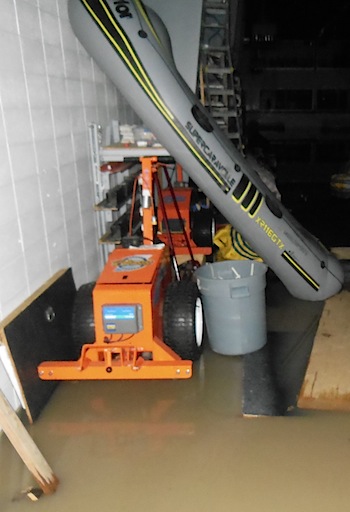 “We also had some members who stepped up and just kind of came by,” said Bubola. “They were doing what many Calgarians were doing — they just showed up and said, ‘Hey, do you need help?’ We had complete strangers doing that. It took us about three weeks to get to the point where we were like, OK, this isn’t a concern any more. We’re on pace to open on Sept. 3.” In High River, the curling club, which is part of a recreational complex, had three feet of water in it, but like the Calgary club, the water was confined mostly to the ice surface while the viewing areas were untouched. Still, there are concerns over potential structural damage, which is still being assessed. Unlike in Calgary, where club officials were able to get to work almost immediately to clean up, the town of High River was mostly off-limits to residents, much less curling-club employees. So it wasn’t until nearly two weeks later that Steel got a look at the place. “I went to have a peek, but it was all dark; I was basically having a look at things with a flashlight,” he recalled. “I could see the watermarks and the mud on the floor. But it was a good three weeks later before they brought in a restoration company from Tennessee to start working on the Rec Centre. It laid in mud for a long time.” That produced a dangerous mix of various moulds and toxic elements, and meant Steel couldn’t re-enter the building until the workers in full haz-mat suits had completed their work. “It was rank in there when I checked it on July 1, and it was two more weeks before the recovery team went in there,” said Steel. The rocks were covered by the water, and are being sent to Ontario for reconditioning. Fortunately, Steel had four sets of rocks as a backup, and they were high and dry, and right now the plan is to open the club on Oct. 1 “So long as we don’t run into any other structural shifts, I think we’re probably not too bad,” he said. “It’ll be cleaned up, but it won’t be even close to being spit-polished where you’d have people in and they’d say, ‘Oh, nothing happened here.’ ” At the Glencoe Club, located a couple of blocks from the Elbow River (which joins the Bow in the downtown Calgary area), the water didn’t hit the ice surface or viewing areas. “But we experienced the flooding in our lower locker-room area, so it’s in the process of being completely gutted right now,” said Glencoe curling director Paul Webster, who also serves as the Canadian Curling Association’s National Development Coach and will be the curling Team Leader in Sochi, Russia, at the Winter Olympics. “We’re hoping to have it open by mid-October, which is a little later than we normally would.” More notable was the work that Webster, his wife Crystal (who’ll compete at the Capital One Road to the Roar Pre-Trials, presented by Monsanto, in November in Kitchener, Ont.) and her teammate Geri-Lynn Ramsay did in the days following the flood. 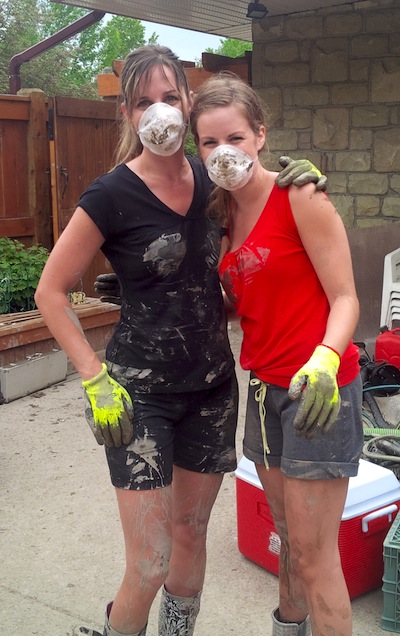 “I wanted to come down here and make sure the club was fine, but we have numerous club members living around the area,” said Paul Webster. “(Member) Carmen Davison has a posting on Facebook so I went to her house to help out and after around two and a half hours, the garbage bins were full. So I went to another curling member’s house and helped fill up their garbage truck. And the next day, Crystal and Gerri-Lynn joined me. It felt kind of good, versus just staying at home and watching it all on TV. Where we live in the southwest, you would have never known a flood was happening.” The damage at the Inglewood club, which is situated between the Deerfoot Trail and the Bow River, was more profound to the golf course, said general manager Jason Stanier. “The water didn’t get really high in the curling area; it sits pretty close to the Deerfoot Trail and it’s in the furthest area away from the river itself,” he said. “But the water did get around six inches high in the curling area, and a lot of the maintenance stuff was stored in (lower-lying areas) and it was damaged, scrapers, the burner, and we’re in the process of trying to replace them. As far as the refrigeration and compressors, we think all of that is OK.” The rocks were partially submerged, but Stanier is confident they should be playable when curling opens on schedule on Oct. 12. That optimism is a far cry from the feelings around the club as the flooding was at its peak. “It was a scary few days,” he said. “We didn’t know if the golf course was even going to be here because the water was six or seven feet high in some areas and flowing quite rapidly. All of our buildings were hit, but with not as much damage as there was to the course itself.”