It might be the middle of a heat wave in central Alberta, but the ice is in at the Leduc Curling Club and over 200 kids are ready to curl! Held annually in August, the Alberta Rocks Junior Curling Camp, presented by The Dominion, is in its 22nd year. Open to curlers age 12 to 17, the camp started in 1992, with 30 curlers and 10 instructors. Now, two separate camps are held, each four days in length. Each camp consists of over 30 instructors for up to 120 kids. 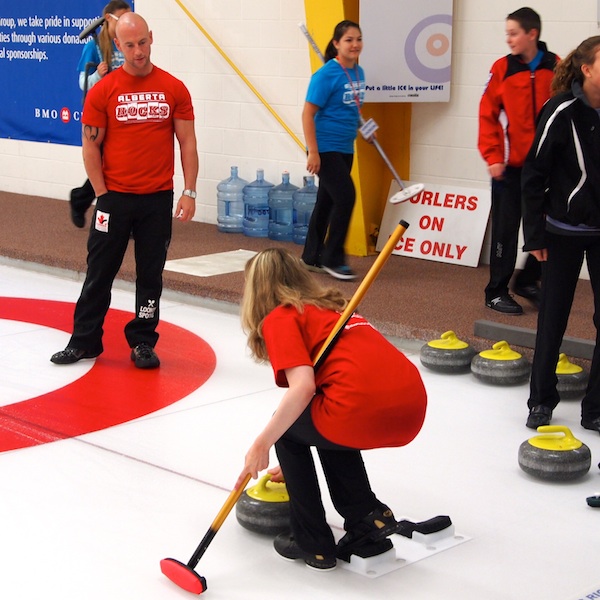 Curlers come from all over Alberta, with some participants travelling from as far away as Saskatchewan or the northern territories. Campers and their families stay in local hotels or nearby campgrounds, making the camp an annual family event. Instructors include experienced curlers, certified coaches, and junior, adult or senior champions at both the provincial and national level. This year’s camps included instruction by Canadian and World Champion Cathy Overton-Clapham and 2013 Brier Champion Ryan Fry. The program offers six levels of instruction, with each level broken into teams of twenty campers, divided by age and experience. Each divides into three parts: classroom instruction, physical education and on-ice training. Classroom sessions are prepared by instructors on topics including nutrition, rules, strategy, mechanics of delivering, mental and physical preparation, and sport psychology. The physical education sessions may look like fun and games, but are grounded in improving curlers’ fitness, as well as teamwork, communication and camaraderie. On-ice training starts with the basics of balance, delivery and release skills, before moving onto sweeping and strategy techniques. Curlers develop their skills during two evening bonspiels, with the entire four days culminating in a rowdy shoot-out competition. There is even a dance on the last night. Paul Webster, the Alberta Provincial High Performance Coach, National Coach for Canada, and the 2014 Winter Olympic Team Leader takes care of the instruction and equipment side of the camp. Although each instructor adds his or her own advice based on experience, Paul ensures all athletes receive high quality instruction. 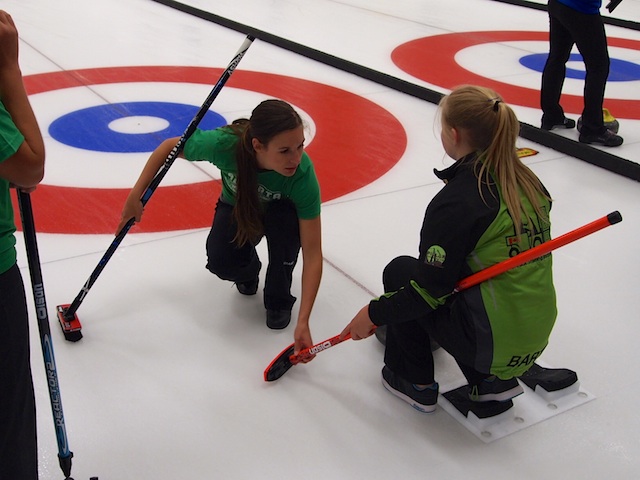 “What looks good in our sport is good,” says Webster. “You watch 95 per cent of the curlers on TV and they’re all kind of doing the same thing…a lot of the basics are the same in terms of rock and shoulder alignment. That is what we’re trying to teach. These kids are at an age and stage where they should be conforming to the norms. And once they get on TV they can tweak their own thing.” It’s not all rigorous drills though, says Webster. “A lot of the stuff is just fun. We want them to get to know each other and take a brief four days off of real life,” he says. Alberta Rocks Junior Camps are extremely popular and often fill up with a waiting list the week registration opens. Organizers know the importance of the camp is to grow the sport: get kids involved, keep them involved, and improve their skill level. “It’s one of the pinnacle things we do in terms of high performance,” says Webster, noting the importance of the camp on curling in Alberta. “We have an impact on over 200 curlers over the eight days but also an impact on those coaches, too.” The importance of reaching junior curlers isn’t lost on the instructors, either. Instructor Rachel Pidherny will be attending the pre-trials as lead for Val Sweeting’s competitive women’s team. She sees a camp like Alberta Rocks as the ignition to a commitment to curling. “The kids come here and we make it really fun and interactive,” says Pidherny. “At a young age you have to really like the sport that you’re doing or you’re just going to quit. I think it gets them excited about curling.” 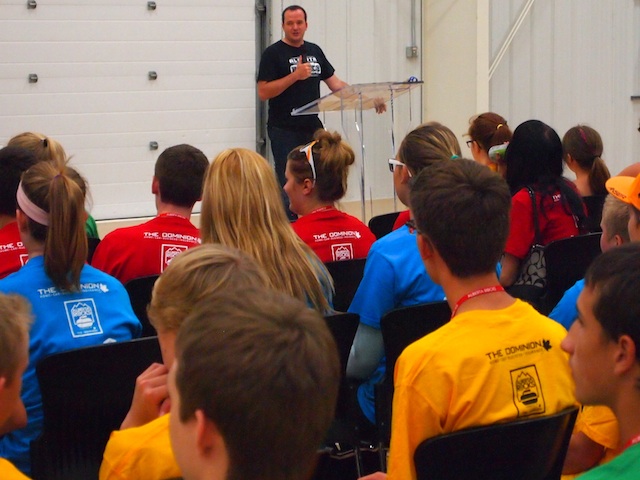 Jeff Henricks, experienced curler and instructor at Alberta Rocks for the past 10 years, echoes the need to instill a passion for the game into young curlers. “We need to develop people who love the game,” he says. “A curling rink can’t be built around competitive curlers or it will collapse. It has to be built around all curlers. And that means we need to be able to make them feel good about learning the game – but they don’t have to be the best, they just have to play the game for the passion. If we walk away from the kids or the youth, then the game will disappear.” Part Two belongs to the curlers. Next week, hear about their experiences and thoughts about the Alberta Rocks camp!