It should be simple, right? Foot in hack, rock in hand, eye on broom and away you go, sliding down the ice like Glenn Howard. Well, perhaps not. So how do you improve? And more importantly, how do you find a way to enjoy the process of fixing those flaws and raising your game? Simple. Go to camp. 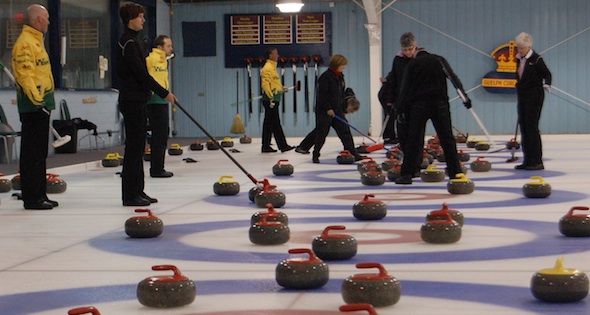 That’s what over 60 curlers did recently, congregating at the Guelph Curling Club for the sixth annual Team Howard Fantasy Camp. Organized around a sequence of on- and off-ice sessions, this camp offers skills development in the most accessible way: with an emphasis on participation, fun, and the opportunity to hang out with Glenn Howard, Wayne Middaugh, Brent Laing, Craig Savill and friends, including curlers Jennifer Jones, Kaitlyn Lawes, Codey Maus and group of high-performance coaches. “It was Brent’s idea,” says Howard about the camp’s origins. “He suggested we do something along the lines of the Hot Shots Curling Camp [in Oakville], and we were willing. He had the time to do the organizing, and he took it over.” 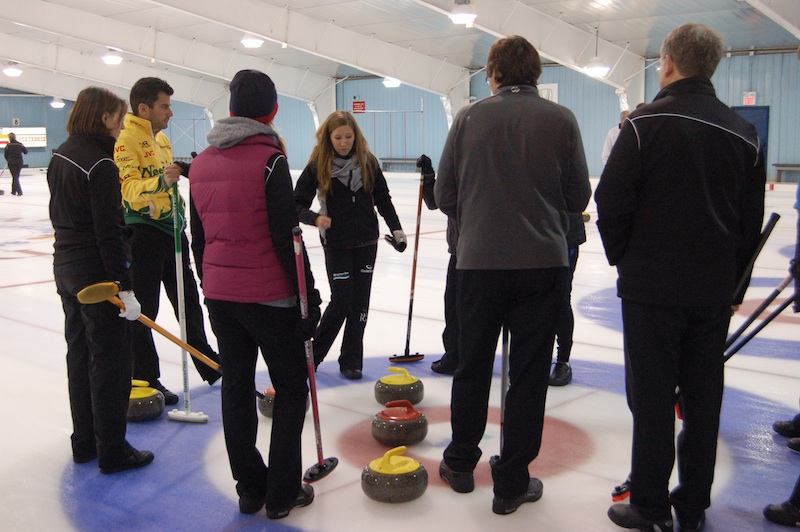 The sessions offer a balance of theory and practice. On the warm side of the glass, participants discuss team-building techniques and explore the steps needed to take their game to the next level. While the coaches lead these sessions, the curlers are there to offer insights from their own experience. On Sunday morning, in a session on performance under pressure, a hushed room listened as Jones described preparing to throw the famous in-off that won her the 2005 Scotties Tournament of Hearts. “I remember telling myself, make sure you enjoy the moment,” she said. “Make it or miss it, but I dreamt of having this moment my entire life, so enjoy it. Don’t be scared of it.” Savill talked about leadership on the team, and used game situations from Team Howard’s experience to illustrate strategy decisions. Laing urged curlers to tackle every game as if it was “your Brier.” 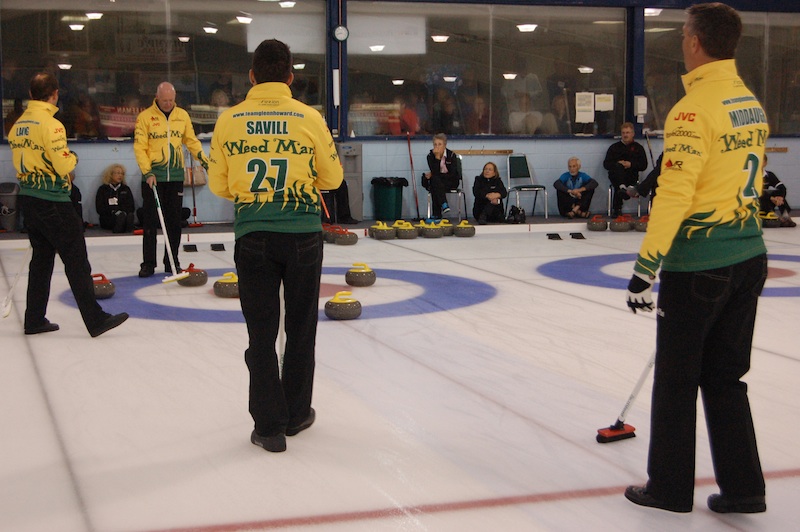 Team Howard discusses strategy during the skills challenge on Saturday night, watched by spectators on both sides of the glass. (Photo Jean Mills)

In on-ice sessions, the players and coaches focus on the technical elements of the game, sometimes using video equipment or simply getting into the hack to demonstrate. Small groups gather at each end of the eight sheets and tackle the complexities of line of delivery, or clean releases, or game scenarios and strategy. But of course it’s not all work and no play. The first night features an Up Close and Personal session with the players, who entertain – in the truest sense of the word – questions from the floor. On the second night, a post-dinner skills competition pits 16 camper teams against Team Howard, who take to the ice in front of the spectators and try to beat the highest score. (Of course they win.) Afterwards, it’s back to the host hotel for a Hospitality Suite, a sort of Patch for camp curlers and instructors. 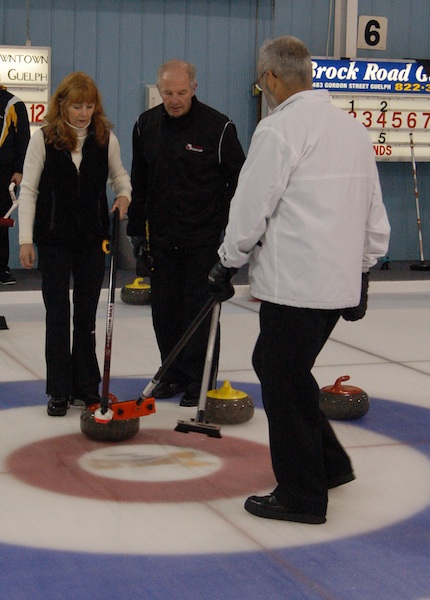 “We get return campers, which just boggles my mind,” says Howard. “There’s only so much information you can teach. The delivery, the grip, the game scenarios, the team dynamics. It’s so repetitive, and you think, why do these people keep coming back?” Wendy White, a returning participant who attended this year’s camp with her mixed team from the Tam Heather Curling Club in Toronto has the answer to that question. “There’s so much that you learn here,” she says. “It’s so hard to correct everything in one year. So if I can come away with a quarter of what I learned here and apply it, I’ll be happy. That’s why I’ve come four times.” Not to mention, having the chance to learn from, curl with, and sit around chatting to world champion curlers, who seem to be having just as much fun as the campers. “The way they play together, they have fun together, and they’re so focused, but you’d never know it,” says White. “Seeing that, I realize that’s what I want. I want to win and have fun too.” Howard appreciates how the camp allows his team to connect with fans who are also fellow curlers. “For me, [the highlight] is the same thing every year,” he says, “and maybe it’s cliché, but it’s talking to people like Wendy and her team. It’s so cool that they have that image of our team. That’s us. That’s who we are.” And even though the Tim Hortons Roar of the Rings Canadian Curling trials looms just two months away, Howard says that taking a weekend to come to camp isn’t a distraction. Quite the opposite: it’s a chance for the team to get together and have some fun. “You’ll see us this weekend, over in the corner, having a quick talk and a laugh together,” he says. “We’re enjoying this. It’s rewarding. I feel like we’re giving back to the game. We’ve got the extensive knowledge in our instructors, why not share that?” Laing, the chief organizer, says this year’s camp was probably the best ever. “We have a very different approach to the game and to improvement,” he says. “For us, each and every individual has different goals in curling so why teach them all the exact same thing?” Not everyone is capable of mastering the “perfect” delivery, says Laing, but he believes his team’s approach offers something for every level of curler, and that’s where the idea for this camp springs from. “We felt we could help these people enjoy the game more,” he says. “Team Howard had something to offer in the way we approach the game and the focus we have on enjoying curling as a game, because at the end of the day, that’s what it is. And it’s a game that can be enjoyed for a lifetime.” 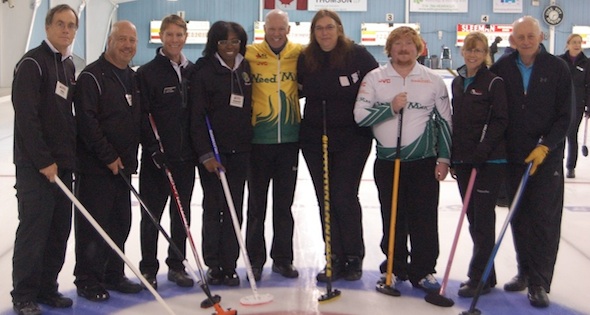