Hockey players dream of scoring the overtime goal to win a championship in front of a hometown crowd. Football teams try taking advantage of the “13th man” when they need to make a critical goal-line stand at home. But is there an equivalent in curling? 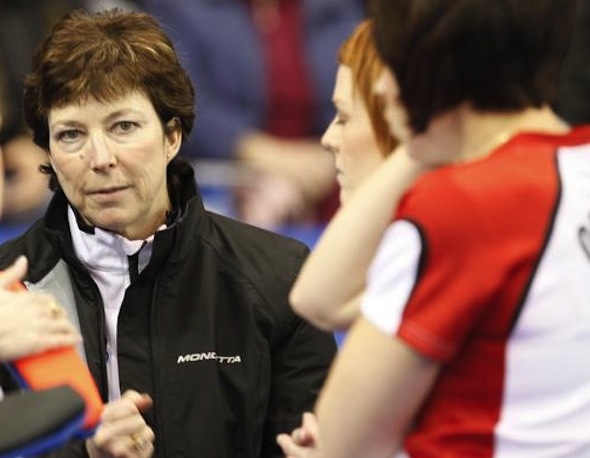 The sport doesn’t pit a home and away team against each other. In fact, the idea of playing in front of a hometown crowd is a foreign idea for curlers. Even the ones with some of the most decorated resumes haven’t experienced it. Janet Arnott, coach of the Jennifer Jones team, had her closest hometown experience in 1995 when her Winnipeg team consisting of her sister Connie Laliberte, Cathy Overton-Clapham and Cathy Gauthier travelled two and a half hours west to Brandon, Man., for the 1995 Ford World Women’s Curling Championship. “Any athlete that’s playing in front of their hometown crowd, or if they become the favourite for whatever reason, the crowd can just add to that energy,” Arnott said. “I think it can sometimes make an athlete dig that much deeper and find what they did not think was left in the tank.” While Arnott recalls feeling the energy and crowd support on the ice, the most memorable moment of the event came when the team was being introduced at the opening banquet. “There was the crowd and the noise. That’s when we really started to feel the energy from the crowd and the fact that Kerry (Burtnyk) was also there,” Arnott said. “We were able to share that experience with another Winnipeg team so it made it that much more comfortable.” Once again, Arnott will be sharing the hometown experience at the 2013 Tim Hortons Roar of the Rings. Team Jennifer Jones, Chelsea Carey, Mike McEwen and Jeff Stoughton will all get their first tastes at playing an event of this magnitude on home ice. Arnott has been drawing on her past experience in Brandon to motivate and prepare her team for what to expect at the Roar of the Rings. But that’s a hard task when even Arnott doesn’t know what to expect this Dec. 1-8. “I try to parlay (the 1995 Worlds) into what this might be, but even then you still can’t compare the MTS Centre to Brandon’s facilities so it’s still going to be incredible I think,” Arnott said. “The energy that you can feed off of is simply amazing and that’s what I’m hoping all four Manitoban teams will feel when we step out onto the ice.” 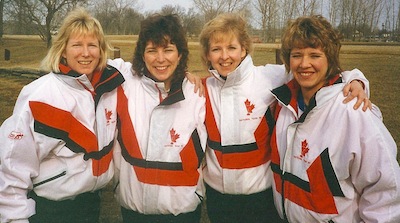 Arnott played with the Jones rink at the 2007 Scotties Tournament of Hearts before taking on the role of the team’s coach. Arnott coached the team to three national women’s championships in a row from 2008  to 2010. Arnott stepped back as coach of the team before joining them again at the 2011 Scotties as an alternate. Now she’s once again taking on the role of coach and has been working hard with her girls, doing anything and everything she can to make sure they’re prepared for an Olympic berth. Arnott doesn’t see herself in a traditional coaching role. She didn’t have any coaching courses under her belt before starting. However, she quickly learned there isn’t that much of a difference between playing and coaching the game. It all comes down to passion. “I don’t think I could coach or work with a team that didn’t have a similar work ethic as myself and the approach you take towards the game. And I’d say the girls would say the same thing because we all work really hard at what we do, no matter what role we play on the team,” Arnott said. Arnott has been to six women’s world championships, three as a player and three as a coach. Her decorated resume gives her a lot to look back on. “I’m glad that I picked a sport that I can continue with after I’ve reached my goals and play my whole life if I chose to do it,” Arnott said. “I’m just really glad that I picked something like this. Something that I could actually make a lifetime sport out of because the people that I’ve met in this sport, the friends I’ve got, the connections I’ve made through the sport of curling and also being able to play the sport with my sisters, it really makes for a great story.” And it’s a story that could possibly reach new heights, as Arnott and Team Jones set their sights on Olympic gold this year.