Three highly successful Canadian curling coaches have been announced as recipients of 2013 Petro-Canada Coaching Excellence Awards at the Coaching Association of Canada’s annual Sport Leadership sportif conference in Calgary. Joe Rea, Tom Coulterman and Earle Morris are being recognized for their recent success with high-performance Canadian curling teams on the international stage. 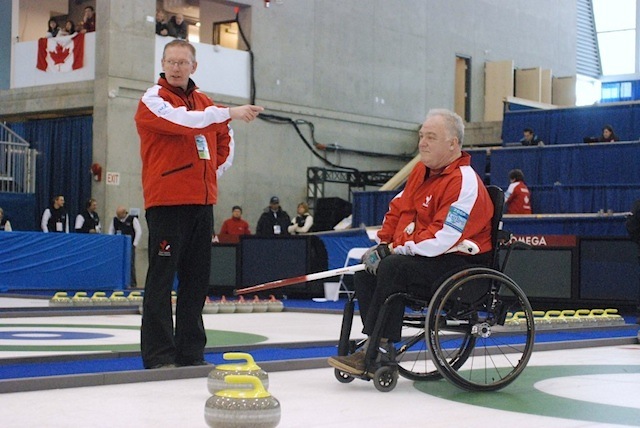 Rea, of Prince George, B.C., coached the National Wheelchair Curling Team to the gold medal at the 2013 World Wheelchair Curling Championship in Sochi, Russia. Under his guidance, Canada’s high-performance wheelchair curlers also won gold at the 2006 and 2010 Paralympics, and he will be in Sochi with the team for the 2014 Paralympics as well. “This is Joe’s fifth PetroCanada Award,” says Wendy Morgan, Team Leader of the national wheelchair curling team. “Joe has taught with Curl BC, worked at youth camps in B.C., was involved in the first La Releve camp, and competed on the competitive circuit for 20 years. He has a lifetime involvement and love of the sport of curling on and off the ice.” 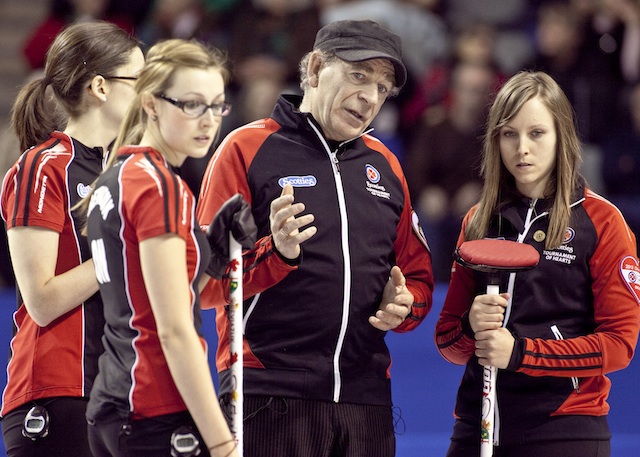 Ottawa’s Earle Morris is being recognized for his role in coaching Ontario’s Rachel Homan to gold at the 2013 Scotties Tournament of Hearts and bronze at the World Women’s Curling Championship in Riga, Latvia. “In simple terms, Earle is a difference maker,” says Gerry Peckham, Director, High Performance for the CCA. “He has always been an innovator and continually strives to bring cutting edge concepts to his athletes as they pursue competitive excellence. Earle is a coaching professional in every sense of the word.” 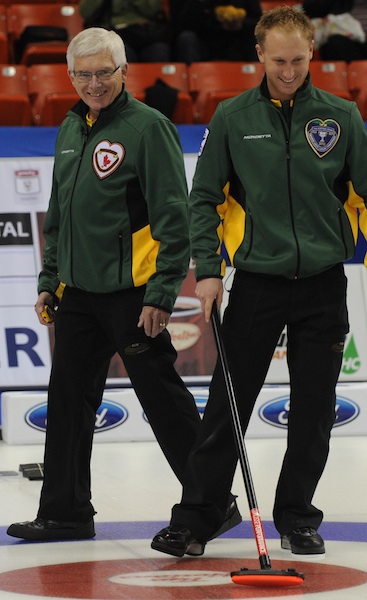 Tom Coulterman, of Sault Ste Marie, guided Brad Jacobs and his Northern Ontario team to gold at the 2013 Tim Hortons Brier championship, and followed that up with a silver medal at the World Men’s Curling Championship in Victoria, B.C. “Tom is one of the most respected people in our sport,” says Jim Waite, a long-time coach in the Canadian Curling Association’s High-Performance program. “It is hard to say too much about him as a person and as a coach. Most of the Canadian Junior teams that Tom took to World Championships as Team Leader still stay in touch with him. He had such a profound influence on them as young adults and as curlers representing their country.” The announcement of the awards took place in Calgary on Nov. 8 during the 2013 Petro-Canada Sports Leadership sportif conference, the largest of its kind in North America. This annual conference brings together the country’s top coaches and sport scientists as well as leaders from national sport organizations to discuss, share and celebrate the influence and accomplishments of coaches across Canada. “Canadian coaches are among the best trained in the world,” Peckham says. “And these three gentlemen are great ambassadors of our sport and the maple leaf. The CCA is very proud of their respective accomplishments.”