Former Brier champion Rob Harris guided his Nova Scotia foursome to an 8-3 win over the Northwest Territories’ Steve Moss in the opening game for both squads at the Canadian Mixed Curling Championship on Sunday at the Rideau CC in Ottawa. 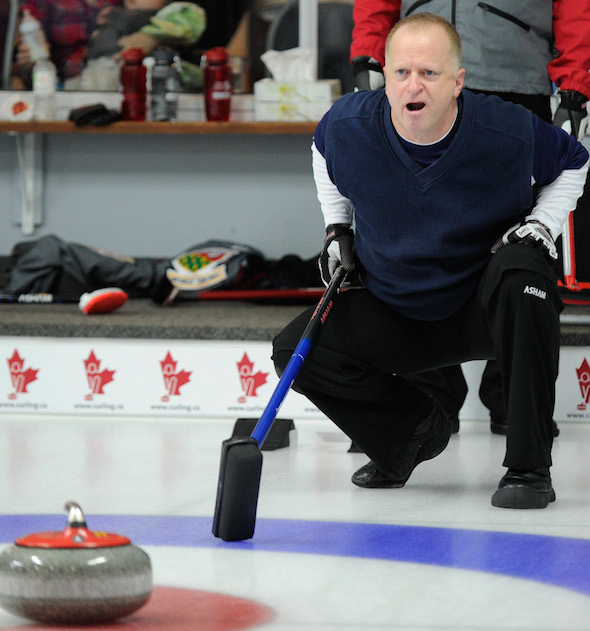 Harris’ Mayflower team of Mary Mattatall, Cameron MacKenzie and Katarina Hakansson stormed out to a 4-0 lead after just three ends. Although Moss managed to steal a single in the fifth end to make the score 4-2, it was downhill from there for the Yellowknife team as they surrendered a deuce to Harris — who won the 2004 Canadian men’s championship throwing second stones for Mark Dacey — in the sixth end. Moss scored one in the seventh, but a Nova Scotia deuce in the eighth sealed the deal for the Bluenosers. 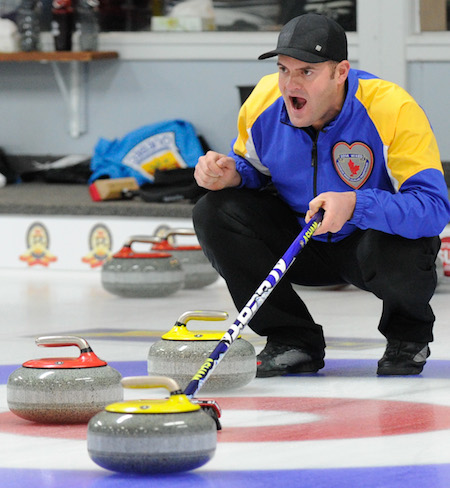 The Soo Curlers Association’s Charlie Robert also got off to a good start with his Northern Ontario team scoring often in a 9-2 drubbing of Newfoundland/Labrador’s Gary Oke. Steals of single points in the third and fifth ends, then a steal of three in the sixth end, had Robert comfortably ahead for rest of the game in the opening match for both teams. Although it is still very early in the round robin,  Québec’s Mike Fournier of the Glenmore CC in Montreal is alone on top of the leaderboard at 2-0 by virtue of an 8-4 win over B.C.’s Keith Switzer.  Fournier made a nice double takeout in the fourth to score three points, then stole two more in the fifth end and coasted to the finish. Switzer is off to a rough start in his first national event at 0-2. In the final game this morning, Alberta skip Darren Moulding got his team to the win column with a well-played 8-5 win over P.E.I.’s Rod MacDonald. Moulding led 4-1 by virtue of scores of two points in the first and fourth ends. In the eighth end trailing by two, the P.E.I. skip from the Silver Fox Curling & Yacht Club in Summerside made a neat double takeout on Alberta stones in the back of the rings to tie the match at five. But it was bad news for the P.E.I. skip in the ninth end; facing two Alberta counters, MacDonald missed a relatively simple hit and stay allowing Moulding an open draw for three to lead 8-5, a margin he would not surrender in the final end. Both teams are now 1-1. Teams with second-round byes: New Brunswick, Ontario, Saskatchewan and Manitoba. Round-robin games continue until Friday morning. The semifinal will be played that day at 7:30 p.m. (all times Eastern) with the Championship Final at 2 p.m. on Saturday, Nov. 23. Live scoring can be viewed www.curling.ca/scoreboard/ The Official Mixed Web Site  is www.curling.ca/2014mixed-en; the host committee’s web page is www.canadianmixed.com/ while you can also go to www.facebook.com/canadianmixed. Standings  QC 2-0 ON 1-0 SK 1-0 ON 1-0 NS 1-0 AB 1-1 PE 1-1 NL 0-1 NT 0-1 MB 0-1 NB 0-1 BC 0-2