Ontario’s Cory Heggestad will have a chance to defend his title at the 2014 Canadian Mixed Championship at the Rideau CC in Ottawa after an exciting 6-5 win over Saskatchewan’s Shaun Meachem in Friday night’s semifinal. 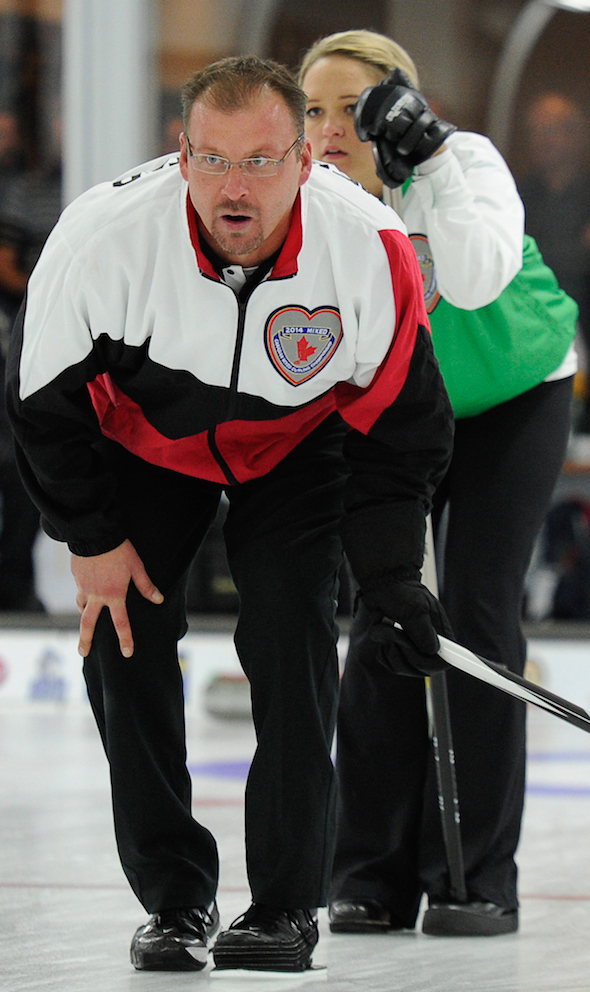 Heggestad, Heather Graham, Greg Balsdon and Amy Balsdon of the Orillia CC won the title last November at the Town of Mount Royal, Que., earning the opportunity to be the first back-to-back Canadian Mixed champion since Saskatchewan’s Larry McGrath in 1968 when he faces Alberta’s Darren Moulding, Heather Jensen, Brent Hamilton and Anna-Marie Moulding in the championship final Saturday at 2 p.m. ET. Saskatchewan was in control most of the way after a deuce in the third end to lead 3-1. Ontario was forced to a single in the fifth end but stole one in the seventh end after a blanked sixth. Meachem scored one on the eighth to lead 4-3 heading to the pivotal ninth. That’s when Heggestad took control; his raise to the button produced three points to take a 6-4 lead. Meachem had a shot in the 10th to force extra ends, a difficult angle-raise takeout. He removed both Ontario counters but his shooter spun up and out of the house for only a single. The final will be televised live in Ontario by Rogers TV. Live scoring can be viewed  www.curling.ca/scoreboard The Official Mixed Web Site  www.curling.ca/2014mixed-en Host committee’s web page  www.canadianmixed.com/ Facebook  www.facebook.com/canadianmixed