Dan Carey never saw himself as just a curler. He’s a competitor and it’s the same attitude he’s passed along to his daughter and her team. “I like curling, and at times I love it,” Carey said. “But I don’t love it like some people that I know that play it a lot.” For a game that he did not love, Carey was pretty good at it. He played third for Vic Peters, was a four-time Manitoba provincial curling champion and 1992 Labatt Brier champion. His team made the national final again in 1997, losing to Kevin Martin. Carey was part of the 1992 and 1993 Vic Peters teams that were inducted into the Manitoba Curling Hall of Fame. 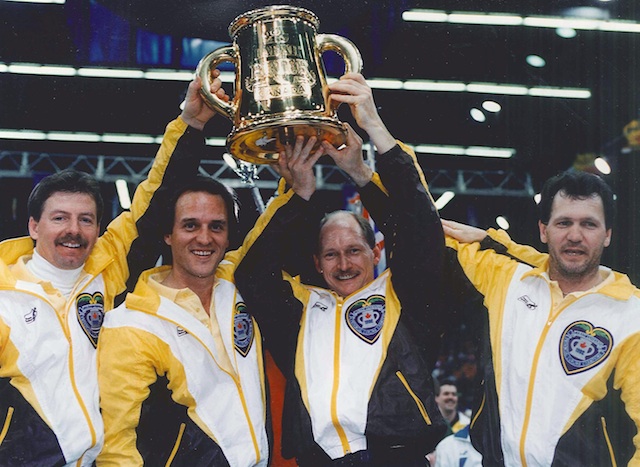 “I like winning,” Carey said. “I seemed to be able to win at that game and I liked winning the big stuff.” Although he hasn’t thrown a rock in about thirteen years, Carey’s never far from a curling club. He has been coaching his daughter Chelsea on a consistent basis since retiring from the game. While Carey won’t ever be wearing the maple leaf on his back as a player again, he does have the opportunity to wear it as a coach. He will guide his daughter’s team consisting of skip Chelsea Carey, third Kristy McDonald, second Kristen Foster, lead Lindsay Titheridge and fifth Breanne Meakin, through the Tim Hortons Roar of the Rings this Dec. 1-8. In 1992 Dan Carey and his rink won the Brier as a rookie team. They defeated Russ Howard in the finals. Since then, the accomplishment has only been achieved once, when Kevin Koe’s team won the Brier as rookies in 2010. Carey will be hoping for a “like father, like daughter” situation at the Roar of the Rings. Chelsea and her team will be entering the biggest competition of their careers as rookies, and Carey has been sharing his experience at the 1992 Brier with his team so they can try to get an idea of what it’s like to curl in an event of this magnitude. “The realization of it doesn’t matter if it’s your first time or not, it may be the only chance you get so you better play your best. That helped me stay focused on what I was trying to do and on the sheet I was playing on,” Carey said of the 1992 Brier. Carey is also preparing his team for the noise his daughter’s team can expect at the Roar of the Rings. Calgary’s Saddledome was hosting the 1997 Brier when Carey made the finals. It was the first time an NHL arena was used for the event. “(I thought) there’s no way they’re filling up that building to watch us curl. But I remember walking into that for the semi-final, taking a look around and not seeing an empty seat. The roar of the crowd was starting to build,” he said. 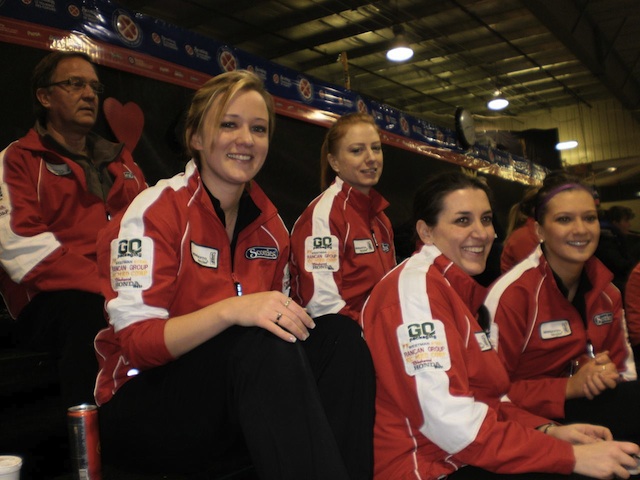 At the 2011 Provincial Scotties in Altona, Man., Team Carey, who were 7-0 in the round robin at this point, watches other teams warm up before the first playoff games. (Photo courtesy Dan Carey)

But Carey can only guess what the crowd will be like once the Roar of the Rings kicks into full gear. They’ll be playing in front of a home crowd for an Olympic berth. “To play in something this big and in Winnipeg will probably never happen again in their curling careers. It’s hard to know what it will be like,” Carey said. “I don’t think they can imagine what it will be like and I’ve said to them, I’ve played in some pretty big stuff and I don’t think I can imagine what it’s going to be like.” As much as Carey likes to win, he’s also looking forward to taking in the moment with his daughter and the rest of the team. Even when he won the 1992 Brier, Carey didn’t know if he’d ever make it back. That’s the same message he’s passing along to his daughter. “We’re going to go through it, we’re going to share it together and we’re going to hopefully make the best of it.”