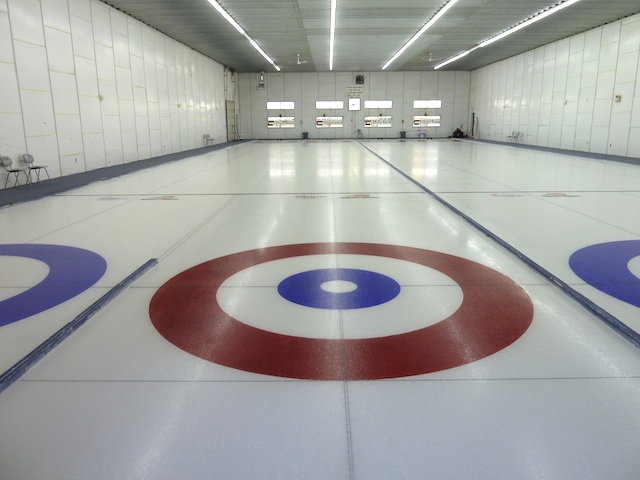 Looking at it from a curling club’s perspective, advertising partnerships provide revenue from outside the membership that helps keep the doors open. The Wadena Curling Club was somewhat missing the boat on corporate partnerships until they started an in-ice advertising program. As the icemaker, I wanted to switch from the traditional painted rings to vinyl mesh to cut down on the labour, but it just wasn’t in the budget. The solution was found in Jet Ice’s Full House Rings product. The first six calls I made about advertising in the rings was met with a resounding “Yes!” without even mentioning the cost. The companies wanted to support the club first and foremost and were very happy with the exposure they gained as well. How did I find so many sponsors? I asked. Perhaps local businesses are a little more inclined to support the community in small-town Saskatchewan, but if you listen to the company you can learn a lot from them. Some companies will respond to the advertising and exposure, some will lean towards the support of the community aspect, but most of them will respond to the appreciation they get from the club for the partnership. You may notice it is called a partnership rather than sponsorship or advertising. A partnership is a two-way street that benefits both parties, while sponsorship is often looked at as a donation. Offering benefits back to the sponsor for their contribution will help retain the partner for years to come. Utilizing some soft costs to offer return to the companies shows appreciation without costing the club any cash. For example offering a “free” or “reduced rate” rental fee for a company social event works in two ways. It not only offers something in return for their contribution other than just a sign on the wall, but it also encourages the partner to get into the club. Once they are there, they may just find the lounge and spend money of food and drinks. 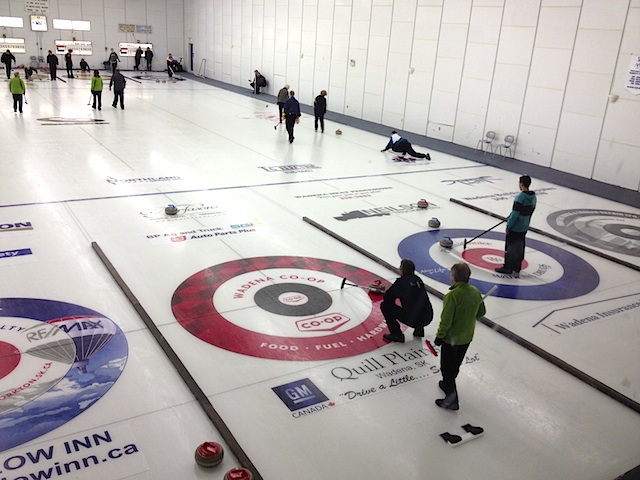 The in-ice ring advertising has started to pop up more frequently across Canada and may someday replace the traditional blue and red rings in most clubs, providing a new revenue stream for the club as well as a new look on what many see as an old sport. Before the ring program started in Wadena I was concerned that some of the “traditionalists” wouldn’t like the new, flashy rings or might feel that the rings distracted curlers from the game. I quickly learned that the rings were a distraction for an end or two because everyone was so in awe of how different and great they looked. Once the curlers all had a chance to rate whose rings looked best, they just started curling. I have never run an advertising program that has been met with such success. The sponsors love it and new sponsors are lined up to get involved. The curlers like it because the rings are more precise than my botched paint job, and the best part about the program is hearing the juniors see the rings for the first time and call it “cool” – and not in reference to the temperature on the ice. Just like the Ride to Curl program that is was a great success in Saskatoon [link], an idea can only be successful if you follow through. The board and the committee running the in-ice advertising program in Wadena worked hard, followed through on the plan and found success in it. Interestingly, many of the companies that advertised in the club had ties to members in the club so the revenue came not from members directly, but from the companies they work for. And the bottom line? The club’s “sponsorship revenue” line quintupled and has ensured secondary income from outside the membership for years to come. For more stories about the Business of Curling , click here.