Around the House: A winning team effort in Fort Frances

When the Fort Frances Curling Club replaced its aging physical plant with a new geothermal heating and cooling system in 2011, the benefits were noticed right away. And so were the high financial costs of such a significant capital investment. Enter the Kraft Celebration Tour, the annual online voting contest that awards amateur sports organizations across Canada with $25,000 and a visit from TSN’s SportsCentre broadcast. Seeing the opportunity to not only cover some costs but also showcase the community and its commitment to sustainable energy, a group of curlers put together a nomination and crossed its fingers that it would make the short list. 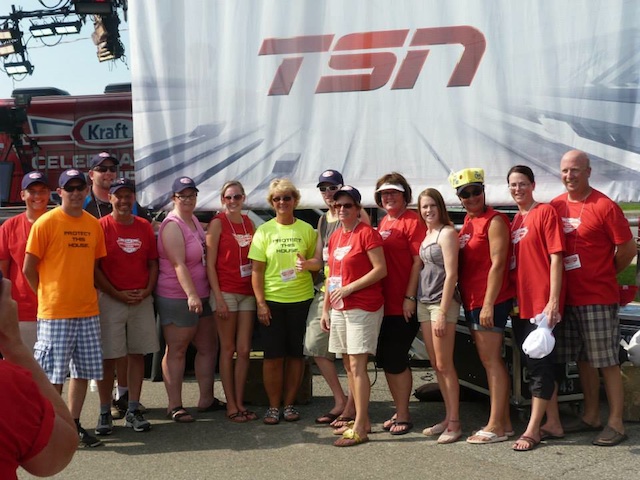 On the day the 10 finalists were announced, Patrick Briere – whose name was on the club’s nomination – says the reaction in the community was immediate. “My phone, along with a lot of other club members’ phones, all began going off like crazy from friends and family members who had watched or heard about the news via social media,” says Briere about the reaction in the community. “Everyone was excited, overwhelmed by this news.” That was the beginning of a busy summer of garnering support through social media, local radio and newspapers, as well as mass email and word of mouth in preparation for the contest’s head-to-head competition against the Dryden Athletic Club. The advertising blitz paid off, as a total of 513,082 votes – the highest number of votes in any of the 10 match-ups – won it for the Fort Frances contingent, who packed the local Boston Pizza, where owner Dale Fortes had blocked off the lounge for anyone who wanted to watch the results live. “The place erupted, people were completely ecstatic,” says Briere. Of course the day of the SportsCentre broadcast was full of highlights too, including a street curling competition involving TSN’s Darren Dutchyshen and Jennifer Hedges, tours of the Kraft and TSN buses, as well as some curling content involving the presentation of the Pat O. Reid Coaching Award to committee member and very surprised coach, Ron Silver, and a pipe band playing the SportsCentre theme on the way in to dinner. 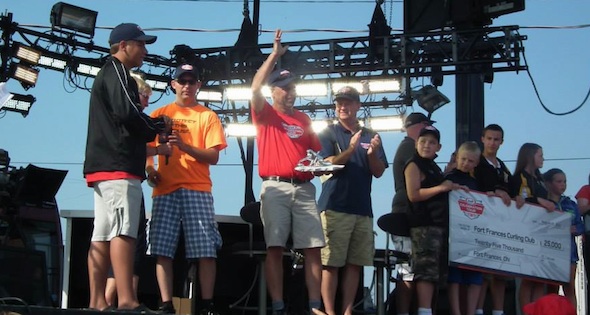 The funds awarded by Kraft through the contest will help the club pay off its investment in the environmentally friendly heating and cooling system that has already reaped benefits for the curling club and surrounding community. “Our building has been able to become entirely heated and cooled all year round, thus giving us the opportunity to offer more to people or groups that rent our building,” says Briere. “Our old system was, well, old and it was getting to the end of its life cycle. So this was a great opportunity for us to upgrade and go towards a system that is better for the environment and a cost saver for us on our utilities.” 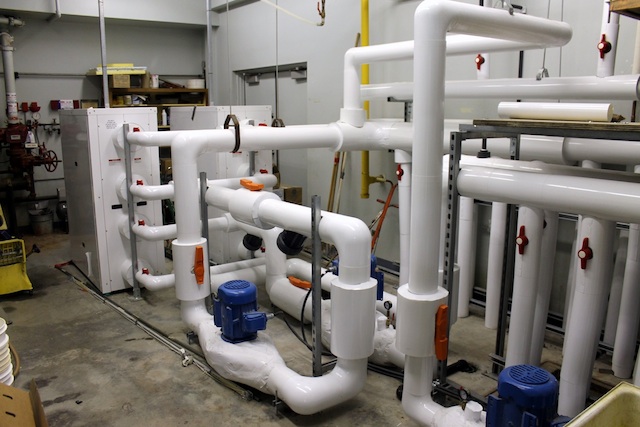 The club can open earlier in the season, which led to the staging of the first annual Sticks & Stones bonspiel this fall, as well as a longer Open House period to attract new curlers. And as club members continue to ride the wave of excitement generated by the Kraft Celebration Tour experience, new teams have been showing up at the club thanks to the raised profile of curling in the community, including expansion of the Little Rocks, bantam and junior division. “I still get emails and text messages from people asking me about this event,” says Briere, who cites the vast number of volunteers as well as the Canadian Curling Association and the Northern Ontario Curling Association for their support during the process. “This experience was amazing for not only our club but for our community as well,” he says. “The Kraft Celebration Tour really does bring so many positive things to a community that has the opportunity to host it. I am so glad that Fort Frances, Ontario, was able to be a part of this.” 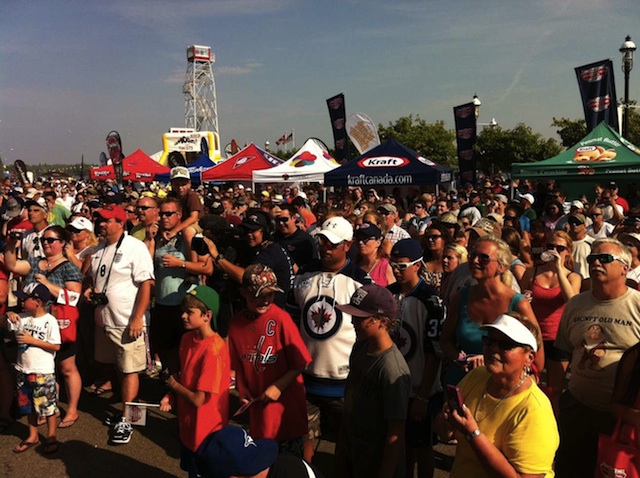