The title sponsor of two of the world’s biggest curling events will remain in place through the 2017-2018 season, it was announced today by the Canadian Curling Association. 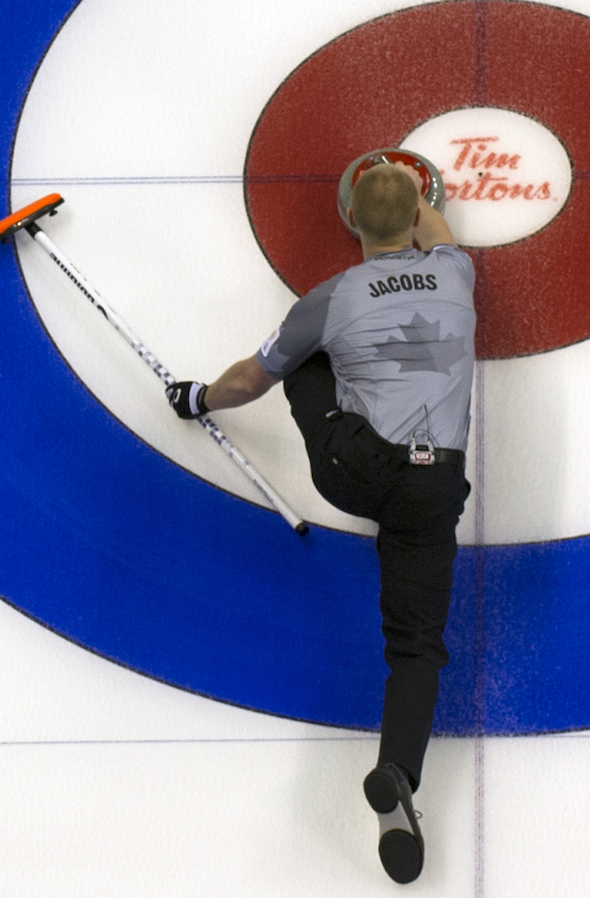 Tim Hortons will remain the sponsor of the Brier and Roar of the Rings through the 2017-18 curling season. (Photo, CCA/Michael Burns)

Tim Hortons will maintain its position as the title sponsor of both the Brier (the Canadian Men’s Curling Championship) and the Roar of the Rings (Canadian Curling Trials), continuing a partnership with the CCA that dates back to 2005. Additionally, Tim Hortons will enhance its sponsorship of curling, with two significant programs included as part of the agreement. First, Tim Hortons will be the title sponsor of the Discover Curling program, which is designed to raise awareness of curling as a sport and recreational option for Canadians with physical and intellectual challenges, and for those with visual and hearing impairments. Additionally, the program will target cultures within each region of Canada to attract more non-traditional participants to curling centres across the country, with a goal of having curling’s participant base mirror the makeup of communities across the country. Also, Tim Hortons will sponsor the CCA’s Timbits Youth Curling Program, which will provide resources for national youth and curling programs to coaches, instructors and administrators, focusing on delivery and sweeping techniques, safety and putting fun into curling. “We’re thrilled to have the opportunity to continue to work with Tim Hortons as they continue sponsoring two of our most significant CCA Season of Champions events,” said CCA Chief Executive Officer Greg Stremlaw. “Their commitment to the sport of curling is gratifying, and it’s particularly exciting to see that they are working at the grassroots level of the game to continue building our sport.” The deal will take effect with the 2015 Tim Hortons Brier at the Scotiabank Saddledome in Calgary, and will include the 2017 Tim Hortons Roar of the Rings, the event that will decide Canada’s representatives for the 2018 Winter Olympics in Pyeongchang, South Korea. “We are proud to work with the Canadian Curling Association to support the sport of curling now and into the future,” said Rob Forbes, Senior Director of Marketing and National Sponsorships, Tim Hortons. “Not only through sponsorship of first class events like the Brier and Roar of the Rings, but also by encouraging young and disadvantaged people to try the sport through initiatives like Discover Curling and our Timbits Youth Curling program. About the Canadian Curling Association The Canadian Curling Association (CCA) is the national sport governing body responsible for the development, promotion and organization of curling in Canada. In cooperation with its Provincial and Territorial Member Associations from across Canada, the CCA provides programs and services to curlers ranging from the youngest ‘little rocker’ (age 7 and up), to those participating at ages 70 and over – and from aspiring Olympians to Canadians with special needs, coaches, curling facility operators, ice makers and officials. The CCA also oversees and provides the comprehensive management of the Season of Champions event portfolio; develops and administers the Canadian Team Ranking System (CTRS) for Olympic qualification; and organizes and operates the championship system for Juniors (under 20), Seniors (over 50), Mixed, Women, Men, University and Wheelchair. About Tim Hortons Inc. Tim Hortons is one of the largest publicly-traded restaurant chains in North America based on market capitalization, and the largest in Canada. Operating in the quick service segment of the restaurant industry, Tim Hortons appeals to a broad range of consumer tastes, with a menu that includes premium coffee, espresso-based hot and cold specialty drinks (including lattes, cappuccinos and espresso shots), specialty teas and fruit smoothies, fresh baked goods including our trademark donuts, grilled Panini and classic sandwiches, wraps, soups, prepared foods and other food products. As of September 29, 2013, Tim Hortons had 4,350 systemwide restaurants, including 3,500 in Canada, 817 in the United States and 33 in the Gulf Cooperation Council. More information about the Company is available at www.timhortons.com. Follow Tim Hortons on Twitter: www.twitter.com/timhortons.