Starting young has paid off for Tyler Smith of the Montague Curling Club in P.E.I. Smith’s father enrolled him in the Little Rocks program at age six and he’s been hooked ever since. 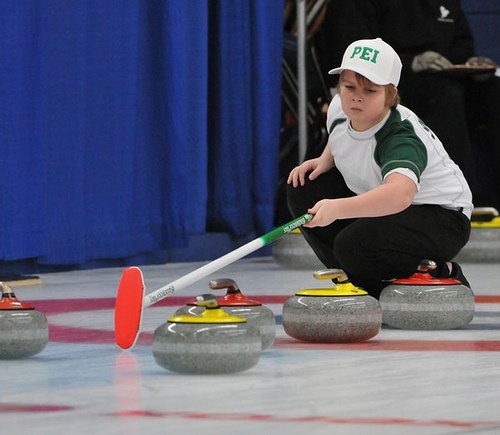 Smith won the U-13 provincials twice, first when he was nine years old and again when he was 10. At age 11, in 2011, Smith won the right to go to the Canada Games in 2011 (he was 12 at the time of the competition). He won the U-16 twice at age 13 and 14 and went on to win the U-21 juniors when he was 14. Most recently, Smith was the runner up at the P.E.I. junior championships, losing a close game to Kyle Holland’s team. Phew… what a resume! What has propelled this young player to so much early success? We sat down with him to find out. What do you attribute your success to? Practice and learning strategy by watching as many curling games on TV as possible. My team and I try to get on the ice every other day. I also went to Whitecap Curling Academy twice. (Editor’s note: Whitecap Curling Academy is an annual Curl Atlantic summer junior curling camp held during the first two weeks of August. Originally taking place in Halifax, the camp has moved to Cornwall, P.E.I, for 2013-2015). What makes your team so successful? We’re all really relaxed and have good chemistry. We do a lot of stuff as a team, like playing with a miniature soccer ball, going swimming or in the hot tub between games. 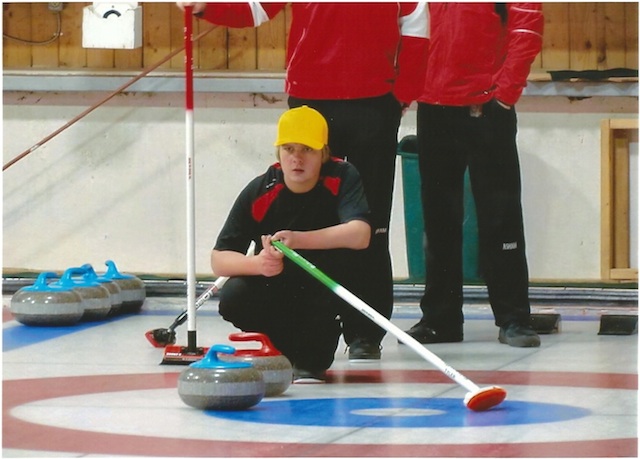 Which players do you look up to? It’s kind of hard to choose just one! I would have to choose Brad Jacobs and Niklas Edin. What do you think about the competitive play in P.E.I. versus the rest of the country? (In P.E.I.) we are at a disadvantage. Teams in Manitoba and Alberta have been on the ice since the end of August and usually our ice doesn’t get going until the end of September. (Curlers in other parts of Canada) also have tournaments with arena ice, which is good practice. There are lots of opportunities out west. What’s your favourite part about curling? Definitely the strategy. It’s fun getting into angles and guessing what the opposition will do and what you’ll do. I like thinking a couple of shots ahead. What’s your favourite shot to play? Outturn draw. I don’t mind playing the hard shots if they’re not too risky – like trying some sort of runback for three. I’m all for it! If you weren’t a curler, what would you be doing? I’d probably be racing cars more often. I race four-cylinder vehicles in the summer right now. 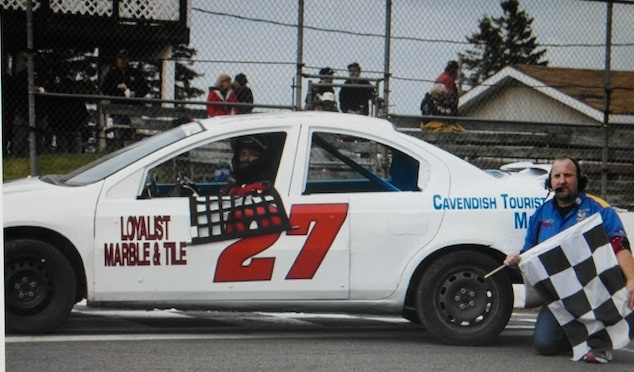 Racing to victory in the 4Fun division during the summer of 2013 (Photo courtesy T. Smith)

What’s your favourite shot to watch someone throw? I like it when the men’s teams throw the up-weight and have three or four rocks fly in every direction. I also like watching people throw in-offs. I love the angles! Watching a player make the perfect draw then turn around and throw big weight is impressive. What words of advice would you have for players just starting their competitive curling career? Keep practicing as much as you can. If you’re trying to learn a strategy, watch as many curling games as you can to learn. What’s the end goal? For now, I would want to make it to the Brier. I would love for the Olympics to be on the radar, but I’ll start looking at that when I’m 20. 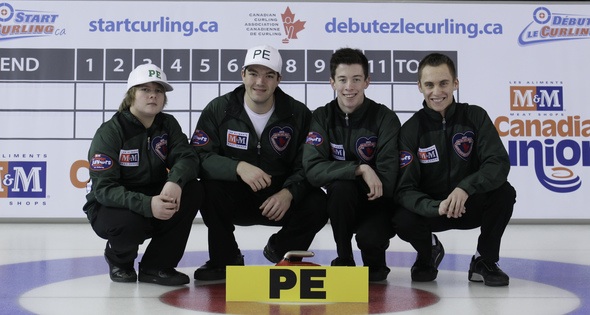