LIVERPOOL, N.S. — René Comeau and his New Brunswick team from Fredericton are a win away from gold. 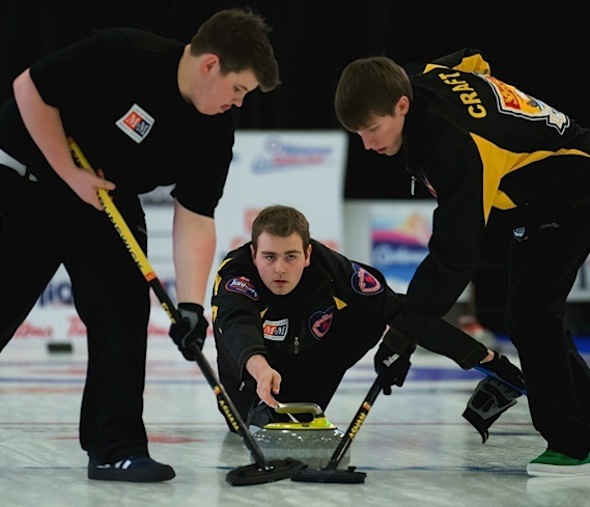 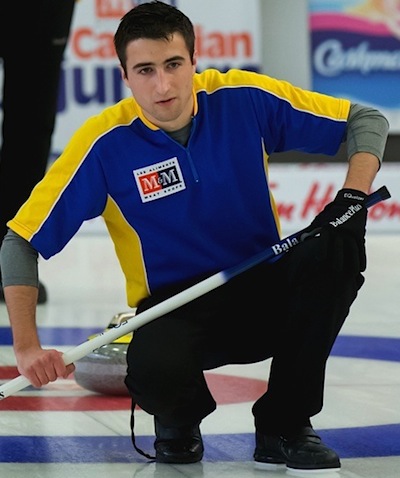 “It feels really good. We took control early and just really had to stay focused, make all our peels, make all our hits,” said Comeau, a community tennis ambassador for the Capital Region Tennis Association. “And now we’re just really happy that we’re through to the final.” New Brunswick took control early and never relinquished it. Comeau made a delicate tap to pick up a deuce in the second end, then stole two more in the third when Lautner was heavy with his draw. The crushing blow was delivered in the fourth when Lautner was light on his last-rock draw, giving a stolen three to New Brunswick. “I can’t really put my finger on it. Just came out flat — draw weight was a mystery, obviously, in the third and fourth ends,” said Lautner, who was backed up by third Taylor Ardiel, second David Aho, lead Kyle Morrison and coach (and father) Jim Lautner. “But being my first trip to any kind of national competition, we had a blast. They treated us like royalty here. The people were so friendly here, we had a great time, and I wouldn’t trade any of this for the world.” New Brunswick will be attempting to win its fourth Canadian junior men’s title, and first since Ryan Sherrard prevailed in 2004 at Victoria. Manitoba, meanwhile, will be looking for back-to-back men’s titles at the M&M Meat Shops Canadian Juniors after Winnipeg’s Matt Dunstone won last year in Fort McMurray, Alta. “We’re going to go into the final with the hopes that we can take it,” said Comeau, whose team bowed 6-4 to Manitoba in round-robin play on Wednesday. “But we’re just really excited to be there, happy to be on the podium, and whatever happens, happens. It’s all gravy from here. Canada has won a leading 17 world junior men’s titles since 1975 and eight women’s crowns (one behind Scotland) since 1988. The last Canadian teams to win world junior titles were skipped by Saskatchewan’s Marliese Kasner (Miller) in 2003 in Flims, Switzerland, and by Alberta’s Brendan Bottcher in Östersund, Sweden, in 2012. For the second consecutive year, the competition format involves all 14 Member Associations of the Canadian Curling Association (10 provinces, plus Northern Ontario, Northwest Territories, Nunavut and Yukon). This story will be posted in French as soon as possible at www.curling.ca/2014juniors-fr/ The full scoreboard can be viewed at www.curling.ca/scoreboard