In 1963, curlers threw their first rocks down the ice at the brand new Dundas Granite Curling Club, and this fall, some of those curlers returned to this small Ontario town to help celebrate the club’s fiftieth anniversary. On September 28, 2013, both present and past members of the four-sheet club gathered to kick off 50th Anniversary celebrations with an Open House. 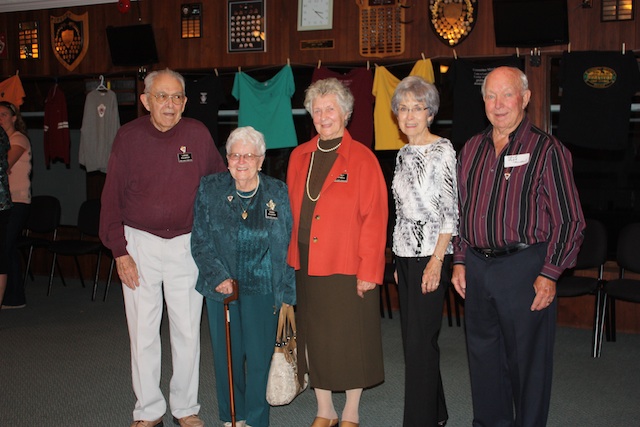 “There was a great deal of memorabilia displayed which included a certificate honouring the first 8-ender at the club in 1964,” says Bill Malcolmson, a member of the committee that is organizing events for the milestone season. “The OCA presented our club with a commemorative plaque, and a provincial banner to a Senior Mixed team who were victorious last year. It was an outstanding event.” Drawing the action to the ice, the club held a “First Chance” bonspiel in October, attracting new and old members, as well as friends of the club who might want to try curling for the first time. A daytime event drew 16 teams, with 20 teams participating in the evening draw. The “overwhelmingly successful” event included a dinner-dance on Friday night, with a live band. The club wanted some visual reminders as well, so the rings on the ice have been painted in the original 1963 colours. The newly commissioned 50th Anniversary pin has been reproduced as a large insignia in the ice – the eight-foot replica is placed right in the middle, between sheets two and three. And of course the anniversary banner now graces the end of the arena, moved from its original position outside the club. Ice technician Craig Maslin added an additional feature to the ice: an image of a pink cowboy hat, to pay tribute to the late Shorty Jenkins and his contribution to curling as an ice-making pioneer.

In a nod to ice-making pioneer Shorty Jenkins, an image of Shorty’s iconic pink hat was installed in the ice (Photo courtesy Bill Malcolmson)

Dundas Granite provides a welcoming curling centre to its nearly 400 members including an active blind curling contingent who are on the ice every Friday. “In 2015, along with Hamilton Victoria CC, we will be hosting the Ontario Blind Curling Provincial Championship,” says Malcomson. “We have four members who serve as coaches and guides.” In among regular curling action, community groups such as a Monday-morning clergy league, and a retired teachers league can be found on the ice throughout the week. And like so many curling clubs in smaller communities, DGCC also does its part to give back to the local community. Dundas Granite members and leagues make donations to the Canadian Breast Cancer Foundation and local food banks. “We also host charity bonspiels either run by various organizations or club sections throughout the year,” Malcolmson says. “Our CYO mixed league has a toonie drive each week with part of the proceeds going to three charities. Our women’s section runs a Christmas drive for toys and food donations along with a mittens tree (scarfs, toques, mittens) for Inasmuch House, a local shelter for distressed women and children.” Throughout the season, the anniversary committee is working hard to ensure a memorable celebration in Dundas. “All of our bonspiels will have some sort of theme, be it anniversary, birthday, 50s or 60s,” Malcolmson says. “In April, we will finish our season with our annual Ken Turner Last Chance Bonspiel which is our biggest event of the year. It will be a huge party to wind up our celebrations.” 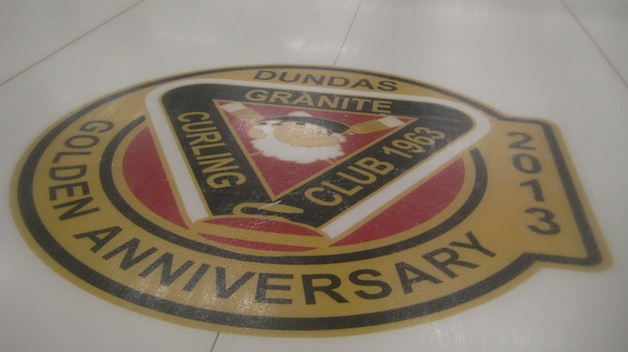