By JILL OFFICER (Team Canada second) — We’ve been waiting for today for all of our lives, really. But we’ve been REALLY impatient since we got here on Tuesday night, so it was really exciting to get out there and throw a rock today. 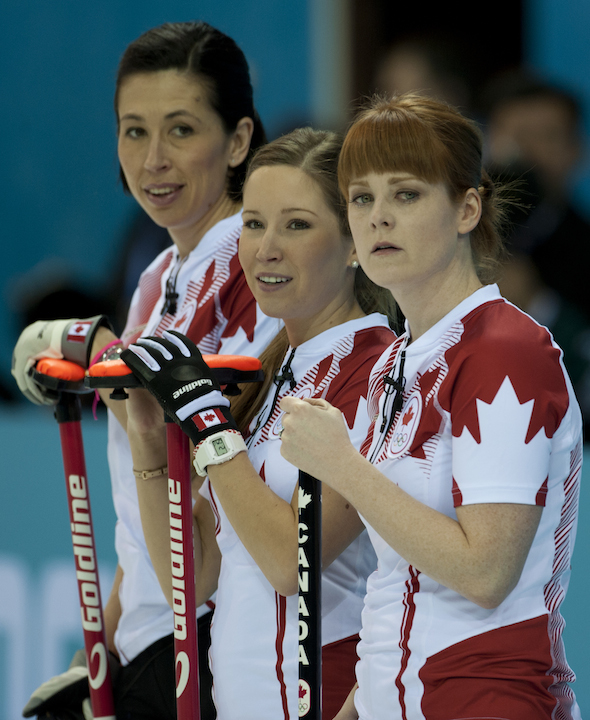 We were just really anxious to play a game and throw some real shots. We were doing a lot of rock-matching in practice, so it was nice to go out and play a game and get comfortable with the ice, the venue and the crowd. 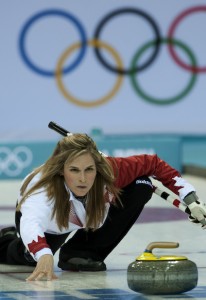 I know people want to know about the ice and the rocks, and I have to say Hans Wuthrich and his crew did an amazing job here. There’s lots of swing in the ice and it feels like any shot is possible. We felt really sharp today against China, and we’re looking forward to our game on Tuesday morning against Sweden. You might have to stay up late! It starts at midnight Eastern time, which is 11 p.m. in Winnipeg on Monday, and it will be on CBC. It was obviously very electric and extremely loud in the arena today so we’re certainly going to have to use some communication skills. We weren’t at the morning game to watch Brad and the boys beat Germany (way to go guys!!!), but thankfully we have people who come and watch those games for us, so they warned us that it was going to be pretty loud. We didn’t really get that sense watching on TV that it was as loud as it was, but we were somewhat prepared. It’s nice to see everybody coming out and cheering for their country. Whether they know the game or not, it’s nice that they’re watching our sport. It was pretty wild. Maybe they’re not as knowledgeable a crowd as in Canada when it comes to curling, and it was pretty crazy because the timing of their cheers was pretty interesting! But that’s fine. I would imagine it will be very interesting when we play the Russians on Saturday, but I’m certain that we will be prepared for lots of cheering for and against. 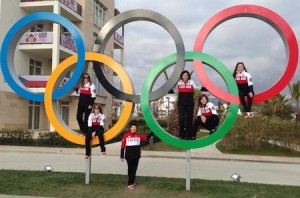 One of the more popular places to pose for a picture in the Athletes’ Village!

Everything here has been awesome — it’s so amazing to be a part of the Olympics and see the other athletes walking around. We were in the dining hall and saw some of the NHL athletes coming through, which was pretty cool. And everything is so close together, which is great. We’ve been able to do a lot of walking around the Coastal Cluster, and the weather has been beautiful! Sunglasses are required! We’re looking forward to watching the men’s team play tonight against Switzerland, and then we’re back on the ice in the morning after another great sleep in the athletes’ village. Go Canada Go! (This is part of our series of athlete blogs from the Winter Olympics in Sochi; this story will be posted in French at www.curling.ca/fr/ as soon as possible)