By Caleb Flaxey (Team Canada alternate) — My wife Alli is here to cheer on our team. She flew here after skipping Ontario at the Scotties Tournament of Hearts in Montreal. 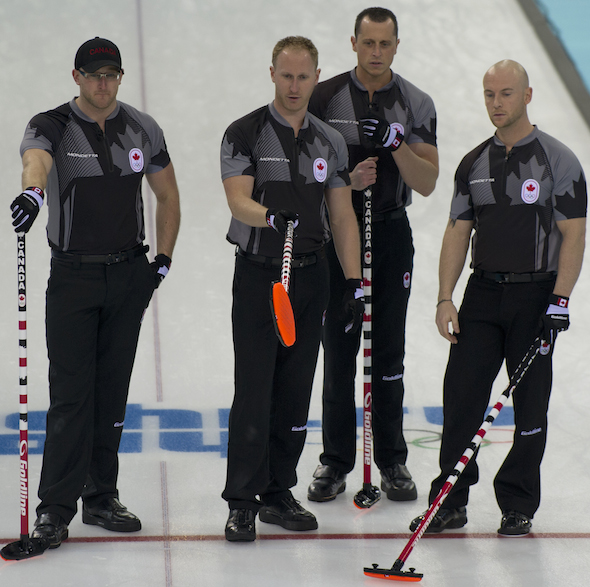 I knew we would be celebrating Valentine’s Day here in Sochi, but her birthday is today, so I had some flowers prepared and sent over to the friends and family hotel, which made her happy. Jock Tyre, the friends and family co-ordinator, went to the marketplace near where they’re staying, and got some flowers and a vase, so that made her happy. I’m doing OK. 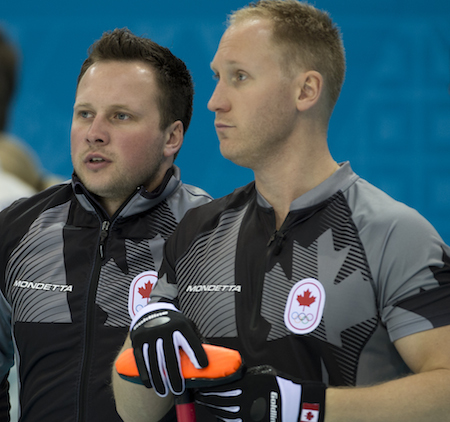 As for tomorrow? I don’t know. I really have no idea. It’s actually hard to remember dates when you’re caught up in all of this. Never mind, what day of the week. I think it’s Thursday, right? The 13th. But I had to think about it! I can’t actually say I’m aware of much going on outside of the Olympic bubble. We’re stuck in the Athletes’ Village most of the time right now between our games, and to be honest, it’s great. I’ve got the best seat in the house, really, to watch the magic with our coaches Tom Coulterman and Rick Lang. Things are very much out of your control when you’re an alternate, but I understand my role — I’m there to support the guys. Any little tidbit I can help them out with — I’ll give them peace of mind and massage their brains as much as I can. Not their shoulders — just their brains! I have limits! But I want to help make them think the right things. Just be available — if there’s anything they want me to do? Sure, no problem. That means some late nights in the rink, matching rocks with the coaches, but that goes with the territory. Everybody does their part. 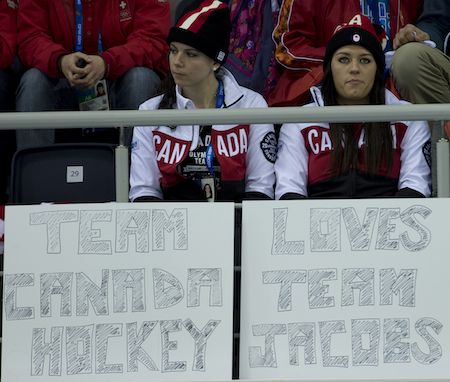 As a team, we’ve been playing some hockey on the balcony of the athletes lounge with the mini-sticks. We’ve watched a couple movies — just a lot of watching the Olympics and lounging between games. And, of course, we’ve been hitting the gym. We’ve interacted with a lot of athletes, like the players on the women’s hockey team and the bobsledders. Actually, the bobsledders were really good with our guys. We had a couple tough losses, and they just told us to keep at it, keep plugging away, and things will be OK. And they were right. I’m really having a blast. Are you kidding? You can’t beat this. We’ve got the night off now, and we’ll be back on the ice on Valentine’s Day (sorry, Alli, I have to work!) against Thomas Ulsrud and the boys from Norway. The game starts at midnight Eastern and you can watch it on CBC. (This is part of our series of athlete blogs from the Winter Olympics in Sochi; this story will be posted in French at www.curling.ca/fr/ as soon as possible)