By Dawn McEwen (Team Canada lead) — This morning’s game against Denmark wasn’t easy, so we were glad to pull out the win in the end. 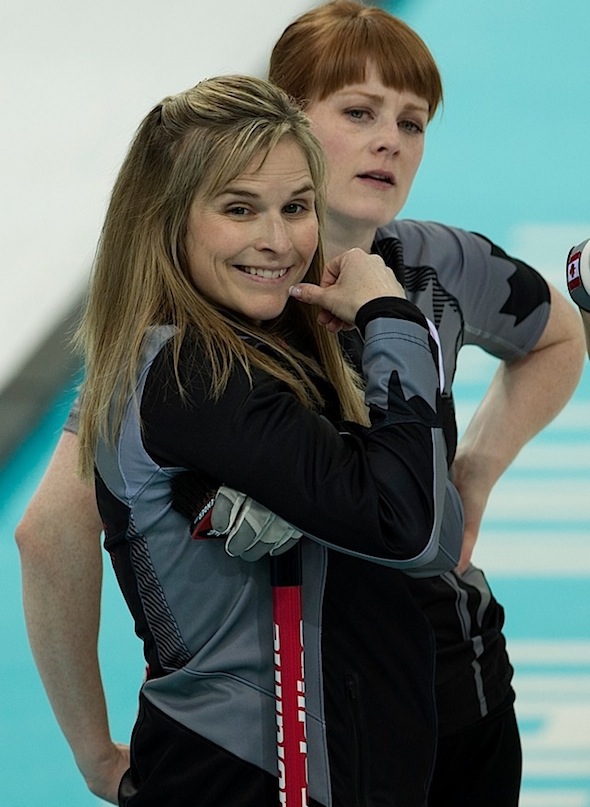 Obviously, we knew we had a very tough start to the schedule, playing China, Sweden and Great Britain. Well, the whole event is very tough, but the teams we’ve played so far are very very strong. So we’re ecstatic. I think we knew we were capable of going 4-and-0, but we’re definitely very happy with that. 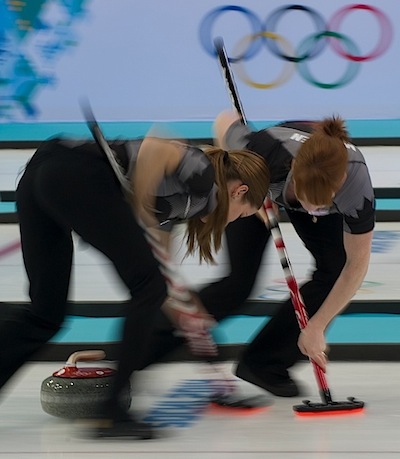 Jen is playing awesome, she’s on fire. She has a great feel for the ice, and she knows where to put the broom. I feel like she can make anything right now, and when you have a skip playing that well, usually things go very well for your team. It was DEFINITELY quieter in there today with the Russian girls not playing. We could actually talk to each other normally. But it’s great having the Russian fans out there cheering, it makes for a great atmosphere — we love it! We’ve been in Sochi for just over a week now, and sometimes it just hits you out of the blue that you’re really at the Olympics. I actually said the other day that I don’t want to go home. This whole experience — it’s been awesome, unreal, beyond my expectations. I really didn’t know what to expect, but it’s the trip of a lifetime. I’m having a lifetime. The Olympic Park is just so cool. Walking through there, it gives me goosebumps to know that this is the epitome of sports. It’s an amazing, awesome environment. I haven’t had a chance to do any souvenir shopping; I’ve heard the lineups at the store are pretty long, but I definitely want to get out there to buy some souvenirs. But I love all the clothes we got for being part of the Olympic team. Those are my souvenirs, too. And I’ll have to find a place to put all this stuff when we get home! But it’s a good problem to have. 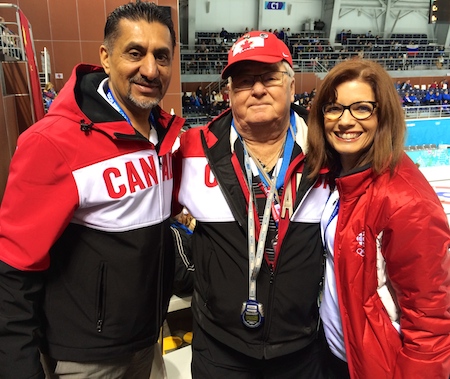 I love the fact that my husband Mike is here; it’s very comfortable. My parents, Wayne and Jane, are here, too, and especially when you’re gone for so long, it’s just nice to have family and familiar faces around you. We’ll be playing again tonight against Switzerland. The game starts at 10 a.m. Eastern, and will be on Sportsnet. And tomorrow, we have a day off, which will be great! We came up with a good plan to manage our time when we’re off, and we found a balance of taking in our surroundings as well as getting rest for our games. The Trials was kind of similar with the schedule there. I think we’re handling it well. I think a couple of the girls are going to watch some hockey during the games. Not me. I’m just going to wander around the park in awe! Oh yeah, it’s Valentine’s Day tomorrow! I hope Mike found a good flower shop in Sochi! (This is part of our series of athlete blogs from the Winter Olympics in Sochi; this story will be posted in French at www.curling.ca/fr/ as soon as possible)