By Ryan Harnden (Team Canada lead) — Oh, man. My heart is beating pretty quick right now! But it was pretty calm on that last sweep. Brad knew his weight, and we just cleaned it in there, pretty much. 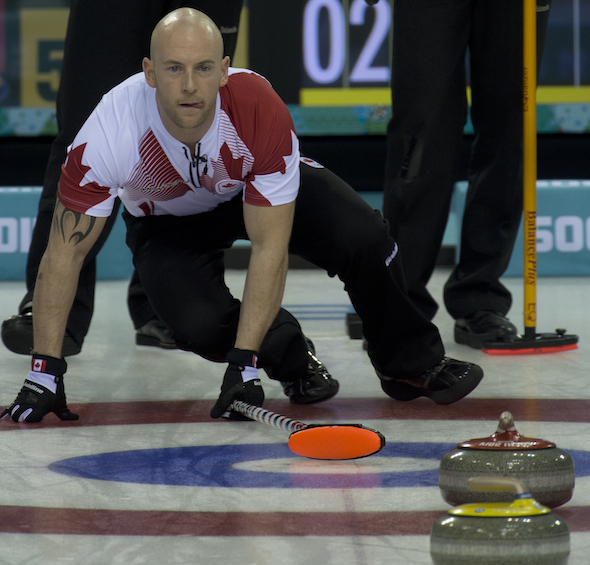 I think we were actually calm the whole game. It was a little frustrating the first few ends, but those guys from China played really well, give them credit. And we weren’t quite sharp — we were just a little bit off. So when we got down 6-3, we just said, ‘Let’s grind this out, let’s stick with it as long as we possibly can.’ We got some misses out of them, and we made everything. To bring it down to last shot, for Brad to put it on the pin, for E.J. I to judge the weight, for Ryan to call the great line — that’s key to have for us going into the playoffs. Brad is a great skip. The best in the world, in my opinion. He makes a lot of great shots under pressure, and for him to do that at the end of the round robin going into the playoffs is a huge confidence booster, I think. Not just for him, but for all of us. If we need to do that to win the semifinal game, or to win the gold medal, then at least now we know what to expect. 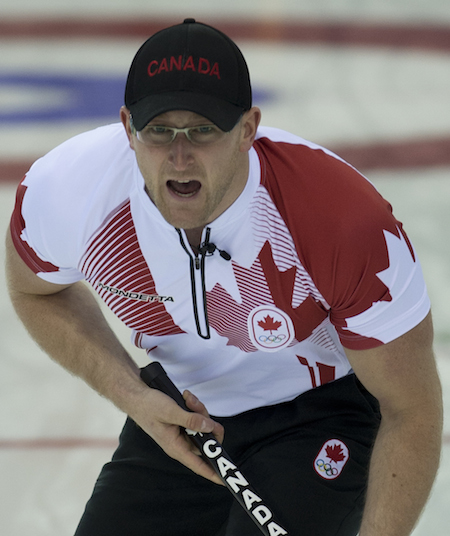 We knew we had a playoff spot; we just wanted to make this a good game in the end, and if it didn’t finish our way on the winning side in the end, at least we build some confidence with the comeback going into the semifinal game. We made everything down the stretch, we got some misses from them, and now we have that hammer going into the semifinal, which is always huge. The good thing for our team is we don’t play again until Wednesday. That was our last round-robin game, so I think we’re going to watch the snowboard cross tomorrow up at the mountain, and we’re going to try to get tickets to go watch the women’s hockey semifinal tomorrow night when Canada plays against Switzerland. They came to support us, so we’re going to try to support them. Other than that? A little practice, then relax and recover. We need it. It’s been a long week, and a long journey. It’s just nice to have the chance to recover. We can’t tell you how much we appreciate the cheering and good wishes coming from home, especially from the folks in the Soo. We know you’re behind us, and we know you’ll be watching the semifinal on Wednesday. It begins at 10 a.m. Eastern on Sportsnet, but check https://olympics.cbc.ca/broadcast-schedule/index.html for any changes. (This is part of our series of athlete blogs from the Winter Olympics in Sochi; this story will be posted in French at www.curling.ca/fr/ as soon as possible)