By Jill Officer (Team Canada second) —We had a good end to the round robin tonight against South Korea. I found out during the media interviews that we’re the first women’s team to ever go unbeaten in the round robin at the Olympics. 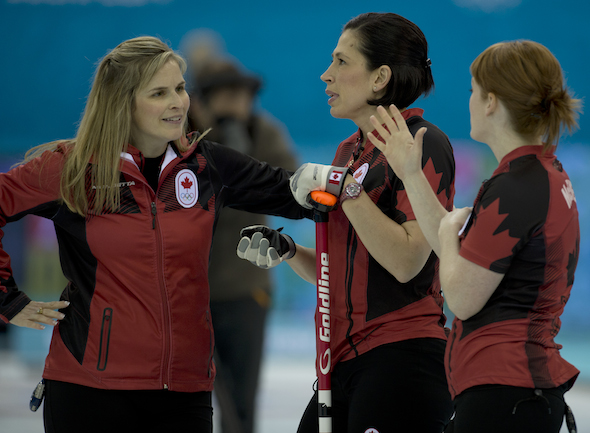 It’s really nice and I’m really proud of us for being able to accomplish that, especially against teams as good as these, but the main goal was to just get into the semifinals, and we’ve done that. We’ll have last-rock advantage in the semifinal on Wednesday against Great Britain, and that’s a good thing, too. Hopefully we can just continue to be strong on the ice, and that things continue to go our way. I like that we were patient tonight, even when we fell behind early. I liked that we didn’t give up and I like that we didn’t get frustrated with a few situations that we very easily could have. I think that made a difference for us — just kind of hanging around in the game to be able to come back. 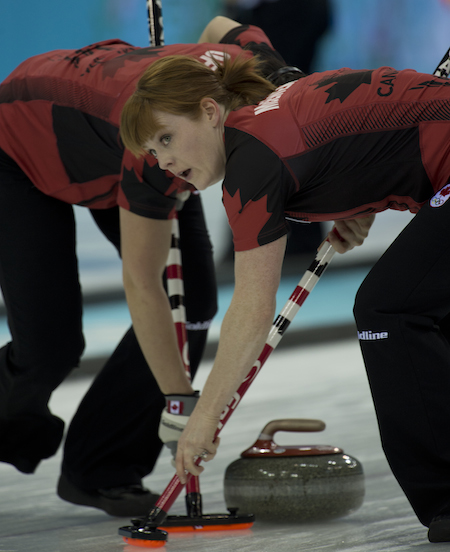 Even when we played the U.S. the other day, we said that it wasn’t a bad thing that we had to draw for the win in the extra end for the win. You want to be able to have moments like that so that you can draw from them in the future for the experience. It’s good that we’ve been able to pull out wins in games when we’ve had some bad ends, some bad shots and some misses. We’ve just stuck with it, we’ve been patient, and it’s worked for us. Jennifer has been amazing for us, but I don’t think it’s just this week. I think it’s this whole year. She just has a little extra fire in her eyes or something. She’s just extra determined, and like all of us she’s been working really hard for this. There’s just some sort of confidence and leadership that she has going on that’s working really well for all of us. But everybody has been stepping up their game here, and that’s a big reason for our success We were able to go to the Canada-Finland hockey game, and it was super cool to be there, and it was awesome that it went into overtime! It made it really exciting, and I started to get a little bit nervous. So when Canada scored, it was pretty cool. I got a lot of energy from it. 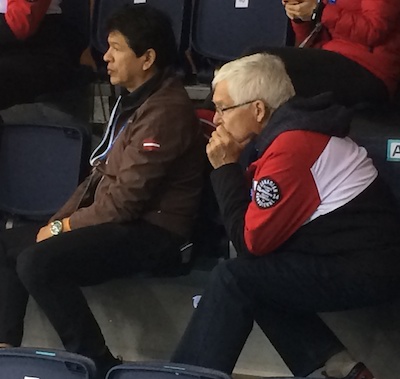 We actually played ping pong this afternoon with Shea Weber and Patrice Bergeron, which was super fun. They were just chilling out in the Athletes’ Lounge. Kaitlyn and I were playing, and they came in and played, and then asked if we wanted to play mixed doubles. I was partners with Weber. We lost twice. I said we’ll have to set up another match before the semi! We’ll be back on the ice tomorrow to practice, and don’t forget to watch our semifinal against Eve’s team from Great Britain. It starts bright and early at 5 a.m. Eastern on Sportsnet One — that’s 4 a.m. back home in Winnipeg! (This is part of our series of athlete blogs from the Winter Olympics in Sochi; this story will be posted in French at www.curling.ca/fr/ as soon as possible)