By Dawn McEwen (Team Canada lead) — The game has been over for around an hour now and I’m still shaking. This is so exciting! 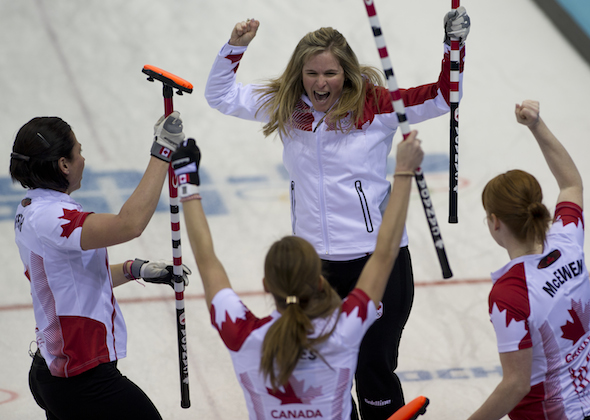 This is obviously a dream come true; to be in the gold-medal game is just beyond everything I had ever hoped for when I started curling. I’m in awe as I write this. And I’m just so excited that I get to do it with these girls — Jennifer, Kaitlyn, Jill, Kirsten and our coaches Janet and Elaine. It’s a dream come true to be in this position. 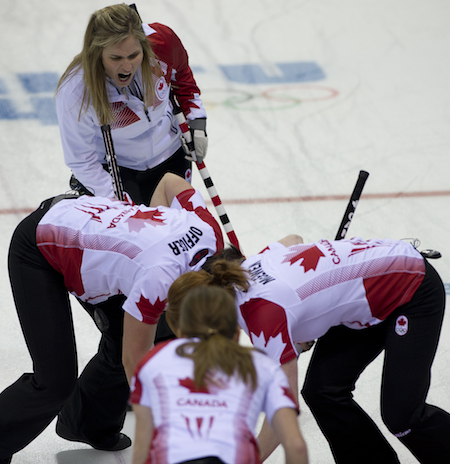 Team Canada works on the game-winning draw by Jennifer Jones on Wednesday.

It’s pretty unreal to know now that I’m going to have an Olympic medal. And playing against Eve’s team, they’re a really tough team and we knew it would come down to last rock. To play a great team like that in the semi and to beat them, we’re really excited to be in the position that we’re in. We got a really big break to open the game when they had a bad pick in the first end. That was really unfortunate for them; there was a big black hair on the ice. But for the most part I thought we had a really good team game and played really well and hung in there. I knew when Jen had to make that draw for the win, there’s no doubt in my mind that she’s making it. That’s her bread and butter. I wouldn’t want to have any other skip throwing it for me, that’s for sure. People have been asking me about my nerves. You know what? I’ve actually been OK with the nerves over the past few days. Just the whole Olympic experience has just been unreal. We’re rooming together in the Athletes’ Village, so there’s always that interaction between us, and we’re having a great time together. 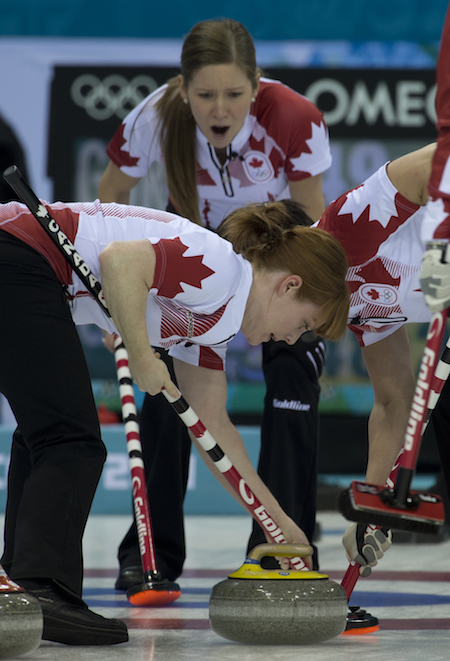 It’s kind of hard to be stewing and thinking too much about the playoffs. We’ve been keeping each other loose, and we’ve been fortunate enough to have been in big games in the past, so we’re able to draw on that experience. That definitely helps. This whole experience has been just so amazing. We feel absolutely privileged to be in this position. We’ll keep things pretty loose before the final. I think Jill and Kaitlyn will be looking for a ping pong game! I’m just the spectator — I’m too unco-ordinated to do that. I know all of the friends and family back home who couldn’t make the trip are amazing supporters. We’re seeing so many nice comments in email and on Twitter, and that support definitely has not gone unnoticed. Everybody who knows me knows that I love curling. I always can’t wait to play a game. But it’s going to be extra special tomorrow! We’ll be cheering on the guys tonight when they play China. Hope you watch our game tomorrow against Sweden at 8:30 a.m. Eastern on CBC! (This is part of our series of athlete blogs from the Winter Olympics in Sochi; this story will be posted in French at www.curling.ca/fr/ as soon as possible)