Fresh off winning the Olympic men’s curling gold medal in Sochi, the Brad Jacobs team will be in Kamloops for the closing weekend of the 2014 Tim Hortons Brier, presented by SecurTek. 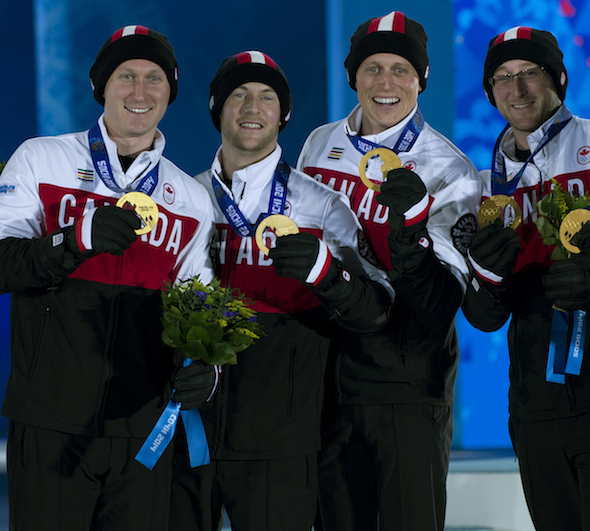 Jacobs, along with third Ryan Fry, second E.J. Harnden and lead Ryan Harnden, will arrive in Kamloops, B.C., late Friday, and will be at the Interior Savings Centre for the final two days of the Canadian men’s curling championship. Team Canada will be the featured attraction for an Up Close and Personal session with fans in the Brier Patch Saturday at 5 p.m., and will sign autographs Saturday at noon and Sunday at 3:30 p.m. on the concourse of the Interior Savings Centre.