Members of the Canadian Curling Reporters (CCR) selected the first and second all-star teams for the 2014 Tim Hortons Brier, presented by SecurTek.

The winners were presented at the Tim Hortons Brier Closing Reception on Sunday afternoon. 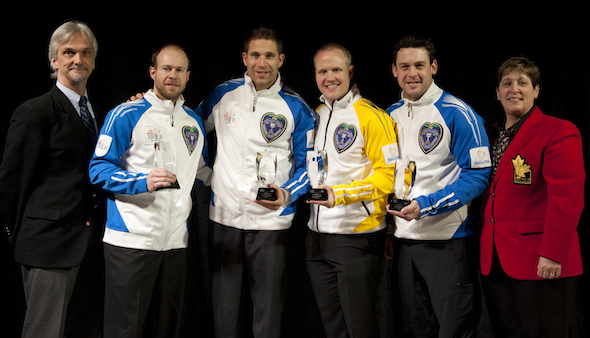 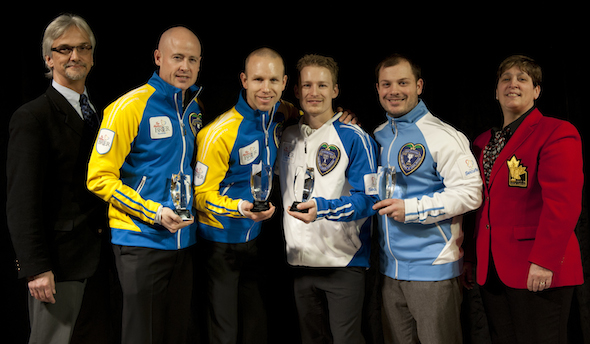 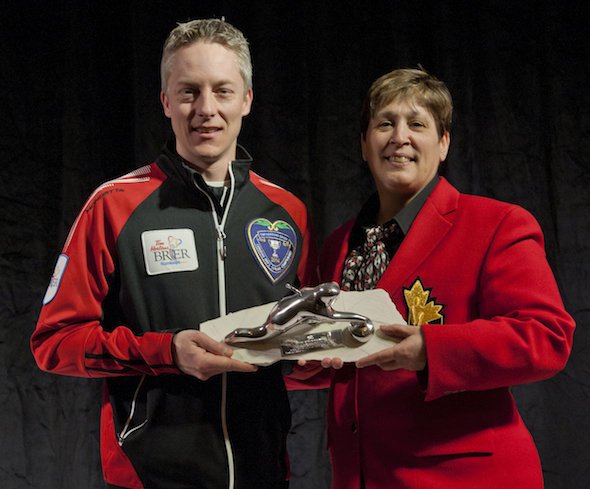 Ross Harstone Award The Ross Harstone Trophy is presented each year to the player chosen by his peers as the curler in the Tim Hortons Brier who best represents Ross G.L. Harstone’s high ideals of good sportsmanship, observance of the rules, exemplary conduct and curling ability. 2013 winner: Greg Balsdon, Ontario 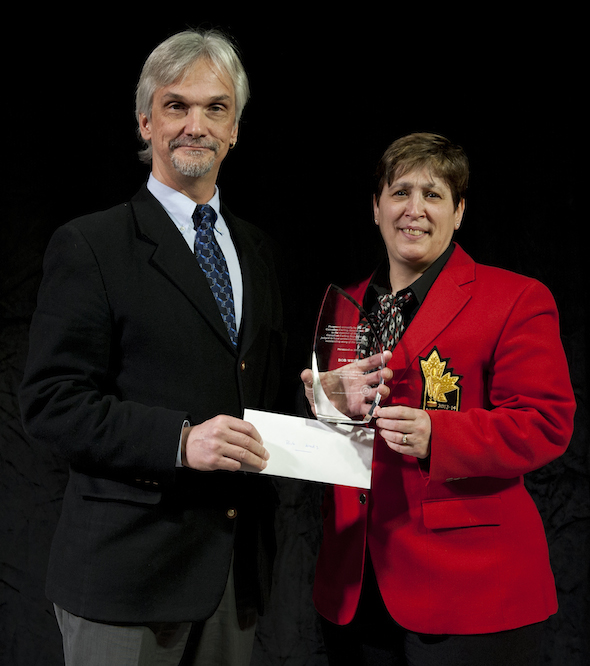 Scotty Harper Award Media Award ($500) For the best curling story of 2013, as selected by the School of Journalism and Communication, Carleton University in Ottawa, the Award is in memory of the late Scotty Harper of the Winnipeg Free Press. 2014 winner: Bob Weeks, Ontario Curling Report, for his tribute to the late Shorty Jenkins: “Shorty Jenkins — The King of Swing.” 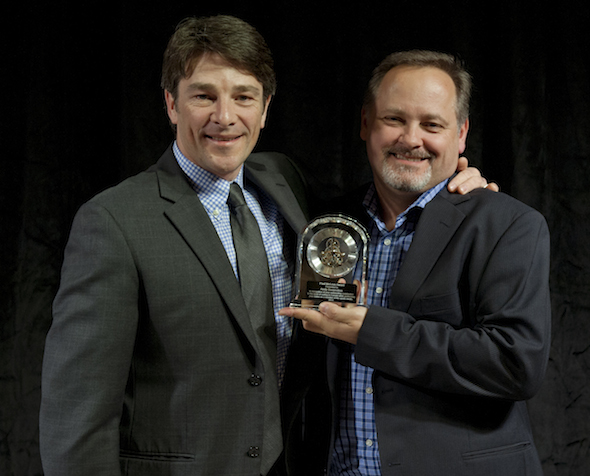 Paul McLean Award  Named in honour of the highly-respected TSN Producer of curling, CFL football, world juniors hockey, etc., who died of cancer at the age of 39 in December of 2005. The Award was presented for the first time in 2007 by the CCR and TSN to a media person behind the scenes who has made a significant contribution to the sport of curling. 2014 winner: Andy Bouyoukos, longtime director for TSN’s curling broadcasts. 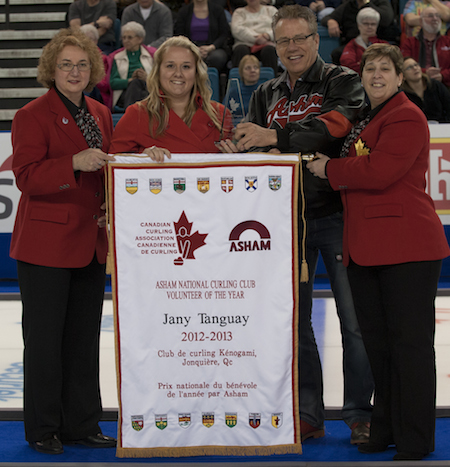 Asham Volunteer of the Year Award Based on the nominee’s contributions from the previous curling season.The winner receives an all-expense paid weekend trip for two to the Tim Hortons Brier to be recognized by Asham and the CCA during one of the playoff games. 2012-13 winner — Jany Tanguay, Club de Curling Kénogami, Jonquière, Que. Jany took over the junior and school programs at her home club for the 2012-13 season, revitalizing the sport in her region. She organized the curling competition at the 2013 Quebec Winter Games and created a “curl-o-brunch” at the club — an innovative open house concept that attracted hundreds of youth, adults and families and built awareness of curling in the region.