The year is 1988 and I am nine years old. It is a monumental year for the sport of curling and it is a monumental year for my mother, Marilyn Barraclough. Curling is finally being showcased at the Olympic Winter Games in Calgary and my mom is President of the Canadian Ladies Curling Association, which would merge with the men’s organization a few years later to form the current, all-encompassing Canadian Curling Association. At home in Yellowknife, N.W.T., I have just started in the local junior curling program my mom helped organize. That same year I get to travel to Calgary with my parents to take in some of the Olympic Games, my mom in an official capacity, and my dad and me purely as spectators. 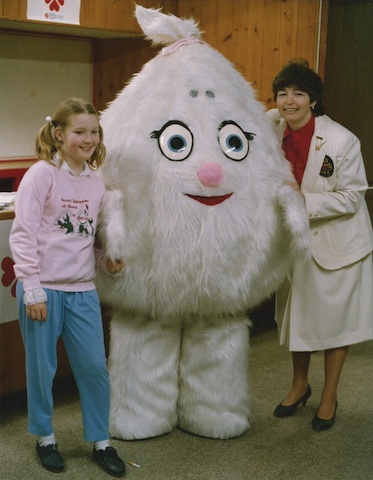 “Isn’t it neat to hear all the different languages coming together to speak the international language of competitive sport?” my dad says as he explains the action on the ice. I am agog as I watch the live competition below and see  Mom hustle about with the delegates and officials. I know then and there I will be a part of curling, somehow, for the rest of my life… just like my mom. At the 1989 Scotties in Kelowna, I watched from the stands with my mother, and it was then that I fell in love with watching curling from the sidelines. I saw how, by watching, I could learn to be a better player. I also found out that there’s nothing else quite like watching curling live in an arena, something every curler – no matter your level of ability – can benefit from. The live experience is well worth the ticket price. At the large curling events, there are usually multiple games happening at once, and watching all the action is an art. There are also super-committed, hyper-charged, cheering crowds, although they’re polite enough not to cheer for missed shots and they quiet down when players are getting ready to throw. The other great thing about attending live curling events is the people you meet. Inevitably, the more events you attend, the more familiar friendly faces you’ll see among the fans. Over the years, my mother would take me to the Brier or the Scotties, especially once our family moved to Calgary in 1995. But these days we usually watch from the comfort of our homes, just like so many other curling fans across the country. My father and husband drift out of the room, but Mom and I are glued to the screen. Actually, that’s not entirely true: we rarely stop talking from the beginning of the game to the bitter end. If we happen to be separated for a crucial game, the phone doesn’t stop ringing. TSN commentator Linda Moore need utter little more than a teensy strategy critique and Mom and I are on the line discussing, ad nauseam, what the alternate calls were and which would have been more appropriate. The statistics appear and we cluck in unison about this high or that low and then both mutter, “Can’t put too much stock in stats anyway; luck always comes into play…” or something equally sage. Even though talk is cheap, or so they say, I headed out to my parent’s house to watch the Brier final with my mom this year, and I wouldn’t trade our banter for the world. I know that usually around this time of the season I preach that curlers should beware of getting sucked into playing the super-complicated Brier/Scotties-style shots in their recreational leagues, and I stand by that advice. However, this year I’m feeling sentimental. To all of you armchair curlers out there, I want you to know that watching curling is awesome, either live or on TV. And if it brings you as close to your family as it brings me, and inspires you to involve yourself with the sport in any way at all, I couldn’t be happier about the current state of curling. 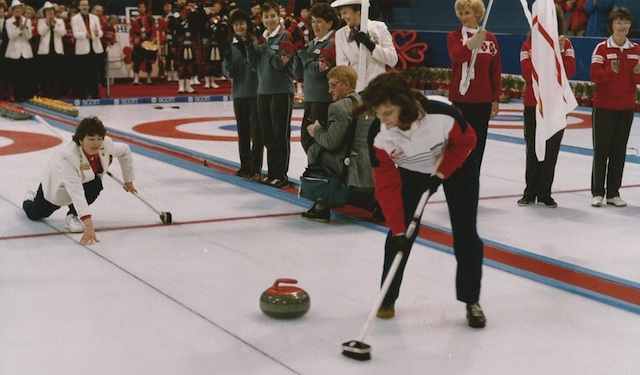