Canada’s Rachel Homan has fallen from the ranks of the unbeaten at the 2014 Ford World Women’s Curling Championship, presented by Booster Juice. 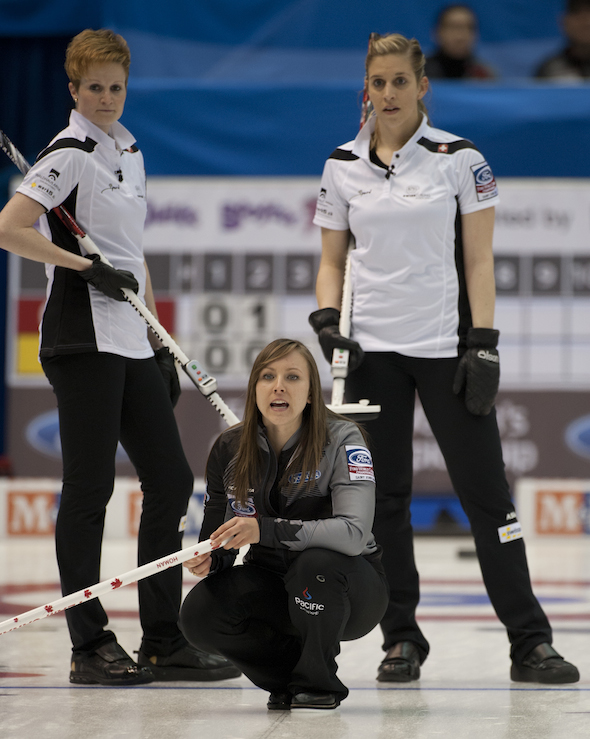 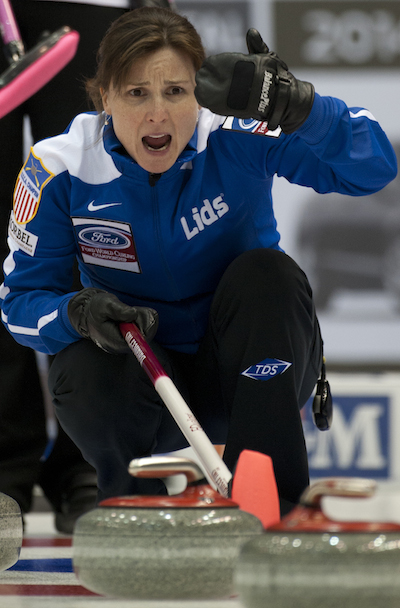 The Swiss trailed 2-1 after five ends but Feltscher made a wonderful shot in the fifth end, a double takeout to score three. Switzerland put the game away by stealing one more in the sixth, two in the seventh and one in the eighth before the handshakes. It ended a 15-game win streak (including an unbeaten run at the Scotties Tournament of Hearts) during which Homan never had to throw her last rock in the 10th end. “Well, I still haven’t thrown my last shot,” said Homan with a laugh. “I’m keeping that record alive. But it’s tough out here. We really didn’t play our game — as you probably noticed. “We can’t play worse, so that’s good. I mean, we know our draw weight. We’re just going to recover for tomorrow. We get to sleep in, get some rest, and we’ll play much better than that. We’re playing well — not tonight, but we’ll bring it for tomorrow.” Swiss vice-skip Irene Schori said her team was excited with the victory. “It’s amazing to win against Canada, so we are happy,” she said. “I think the key shot was Binia in the fifth end to score three; that was the turnaround, maybe. I think Canada played very well; maybe it was one shot that made the difference.” The U.S., meanwhile, made short work of their opponents, cruising to a 13-2 win over Denmark’s Madeleine Dupont (1-2). The U.S. opened the game with stolen deuces in the first and second ends, and then put the game out of reach with five in the fourth and a handshake-prompting four in the sixth end. “Ideally, we wanted to come out of the opening weekend 3-and-0,” said Pottinger. “We have some tough teams coming up — Sweden, Canada and Russia — so it’s nice to come into that with these three wins behind us. I think the biggest thing for us is being comfortable with the ice and getting a feel for draw weight. That’s going to help us a lot as we work on rock placement and we’ll hone that for the rest of the week.” Scotland’s Kerry Barr picked up her first win of the championship, drawing to backing in the four-foot for a 6-5 win over Germany’s Imogen Lehmann. Germany remained winless at 0-3 “I’m glad we’ve got the first win on the board and I hope it’s the start of more to come,” said Barr. “This is a massive boost to the confidence. It’s been a frustrating day and it’s really nice to be able to finish a game off.  I was frustrated with myself, the girls were playing great, especially this afternoon, I just couldn’t finish any ends off. 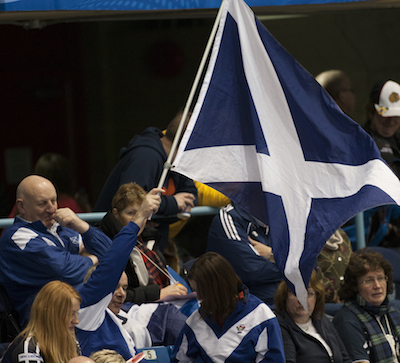