The CIS-CCA Canadian University Curling Championships, presented by Travelers, get underway Wednesday at the Callie Curling Club in Regina. 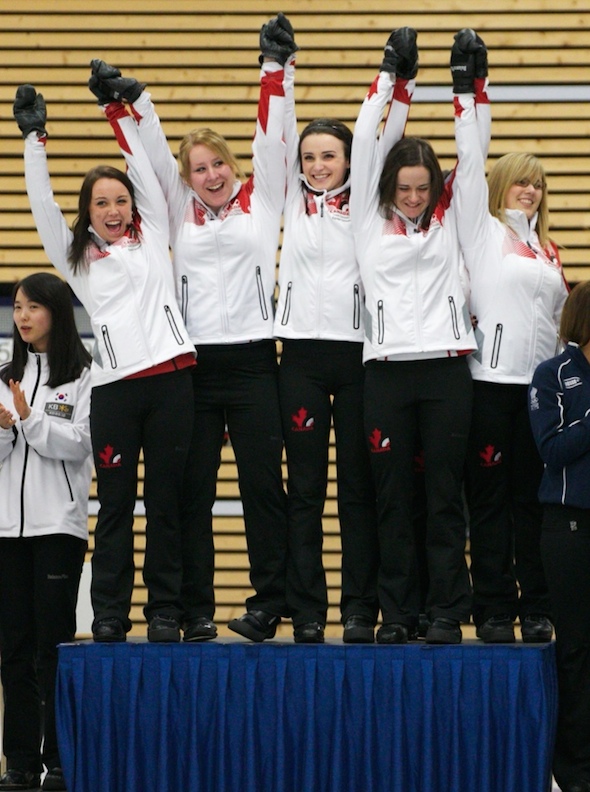 Eight men’s and eight women’s team will participate in a round robin, with the first-place teams advancing to their respective finals on Sunday, with the women’s at 1:30 p.m. (all times Central) and the men’s at 5 p.m. The second- and third-place teams meet in semifinals on Saturday evening to determine the other finalists. This marks the seventh year of partnership between CIS (Canadian Interuniversity Sport) and the CCA (Canadian Curling Association) to officially sanction and help stage the Canadian University Curling Championships, which began in 2008 in Guelph and have since been held in Montreal, Edmonton, St. John’s, Welland, Ontario and last year in Kamloops, B.C. Six different Universities have won the men’s championship (Wilfrid Laurier, Regina, Queen’s, Memorial, Alberta and Waterloo) while Wilfrid Laurier has taken four of six women’s crowns, with the University of Regina and University of Manitoba also winning. 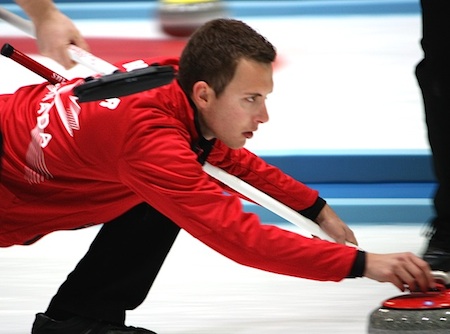 On the men’s side, this year’s lineup includes University of Alberta Golden Bears skip Brendan Bottcher, the 2012 CIS-CCA champion and 2013 runner-up, who also won the 2012 M&M Meat Shops Canadian Juniors in Napanee, Ont., and was the gold=medallist at the 2012 World Juniors in Östersund, Sweden, and the bronze-medallist at the 2013 Winter Universiade in Trentino, Italy. Last year, Bottcher lost the CIS-CCA final to Jake Walker and his Waterloo Warriors team, 7-5 in Kamloops after defeating Walker in the 2012 final. Also in the field are University of Manitoba Bisons skip Matt Dunstone, the 2013 M&M Meat Shops Canadian junior champion and bronze-medallist at the 2013 World Juniors in Sochi, Russia, and Newfoundland/Labrador’s Colin Thomas, the 2011 CIS-CCA champion from Memorial University Sea-Hawks. The University of Regina Cougars, as host, will be represented by skip Catlin Schneider. The women’s field is headed by University of Alberta Pandas skip Kelsey Rocque, who earlier this month won gold at the World Juniors in Flims, Switzerland, after capturing the 2014 M&M Meat Shops Canadian Juniors in Liverpool, N.S.   Rocque lost last year’s CIS-CCA final to the University of Manitoba’s Breanne Meakin. British Columbia will once again be represented by skip Corryn Brown of Thompson Rivers University Wolfpack.  Brown won the 2013 M&M Meat Shops Canadian Juniors in Fort McMurray, Alberta. The University of Regina Cougars will be skipped by Lorraine Schneider. The winning teams will be invited by the Canadian Curling Association to represent Canada at the FISU 2015 Winter Universiade in Granada, Spain, Feb. 4-14. Draw results will be available at www.curling.ca while event information can be found at www.curling.ca/2014university-en. Click here for the team rosters, and click here for the event schedule. Meanwhile, the Canadian Collegiate Athletic Association (CCAA) Curling National Championships are taking place at Soo Curlers Association in Sault. Ste. Marie, Ont., from Wednesday through Saturday.  Eight women’s and eight men’s teams are competing in the event hosted by Sault College.  For further information, visit www.ccaa.ca/national-championship-s15111.