With a hundreds of students in the stands at Harbour Station, Team Canada gave them something to cheer about on Tuesday morning at the 2014 Ford World Women’s Curling Championship, presented by Booster Juice. 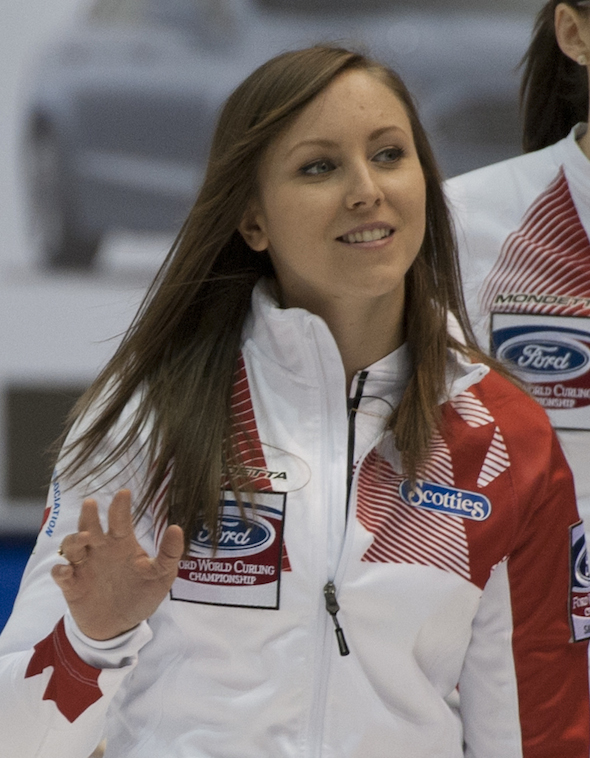 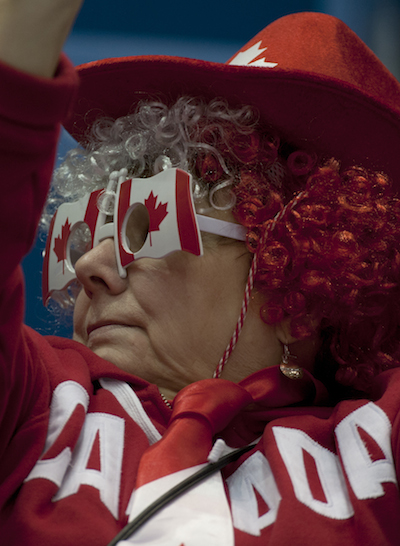 The fans were showing off their Canadian pride on Tuesday. (Photo, CCA/Michael Burns)

The Canadians put deuces on the scoreboard in the first, third and seventh ends to give the Latvians (1-5) their fifth straight loss. “It wasn’t our best game, but Rachel played really well and we were able to capitalize on some mistakes to hang in there,” said Miskew, referring to a dandy 94 per cent shooting game from Homan. “We’re definitely rolling and trying to get better in every game.” Team Canada is back on the ice on Tuesday night against Scotland’s Kerry Barr (2-4), looking not only for a victory but also for as much information as possible as the playoff stretch drive gets underway. “There’s other stuff at play in the round robin other than wins,” said Miskew. “I mean, obviously you need enough wins to get into the playoffs for the other stuff to matter, but we definitely want to be reading the ice, getting a good feel for the rocks, and decide which rocks we like because we would get to select them in the playoff round. Just pay attention to the all the little details is really important for us.” The Scots will be looking for a victory after dropping a 10-4 decision to Russia’s Anna Sidorova on Tuesday morning. Russia took control by scoring three in the fifth end and stealing three more in the sixth. 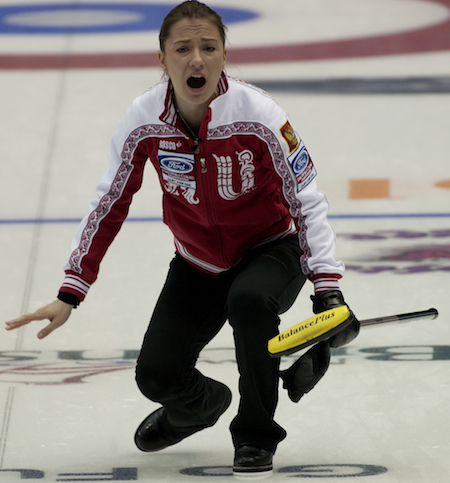 “Of course, every win is important here because nobody knows what’s going to happen later,” said Sidorova, whose team improved to 4-2. “So we’re trying to win as many games as we can in the round robin, and then we’ll see if it’s enough or not. I think we need at least seven wins, and then we’ll have a relatively good chance for the top four (and a playoff berth).” Sweden, meanwhile, continued its strong play, rolling to a 7-2 win over Denmark’s Madeleine Dupont. The Swedes broke the game open with three in the fourth end, and single points in the sixth, seventh and eighth ends. “We have everything in our own hands and we want to play well and have a really good way of going into the playoffs,” said Sigfridsson. “There’s many more games to play and we need to keep on working with our game, but it feels good. The last three games have been really good and we feel we are in the place we want to be.” 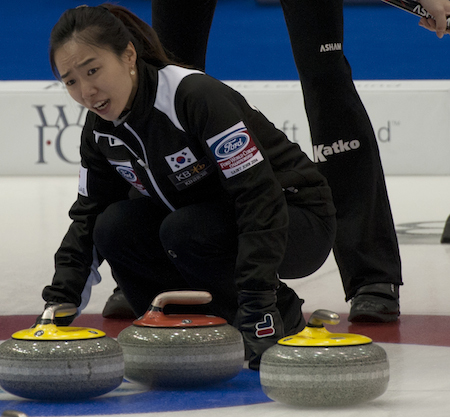 In the other Tuesday morning game, South Korea’s Ji-sun Kim stole a deuce in the 10th end for an 8-5 triumph over Anna Kubešková of the Czech Republic. The South Koreans improved to 4-2, while the Czechs remained winless at 0-6. Allison Pottinger of the United States (3-2), China’s Sijia Liu (3-2) and Germany’s Imogen Lehmann (1-4) also had byes in the morning draw. The 2014 Ford Worlds continue on Tuesday with draws at 2:30 p.m. and 7:30 p.m. (all times Atlantic). All Canadian games and the playoff rounds for the 2014 Ford World Women’s Curling Championship will be televised on TSN/RDS/RDS2, the official broadcasting partner of the Season of Champions. Live scoring is available at: www.curling.ca/scoreboard/?e=58 To purchase tickets to the Ford World Women’s Curling Championship, presented by Booster Juice, go to: www.curling.ca/2014worldwomen-en/tickets/ The French version of this story will be available at www.curling.ca/2014worldwomen-fr/ as soon as possible. Follow @ccacurling on Twitter (#FWWCC) for updates during the 2014 Ford Worlds.