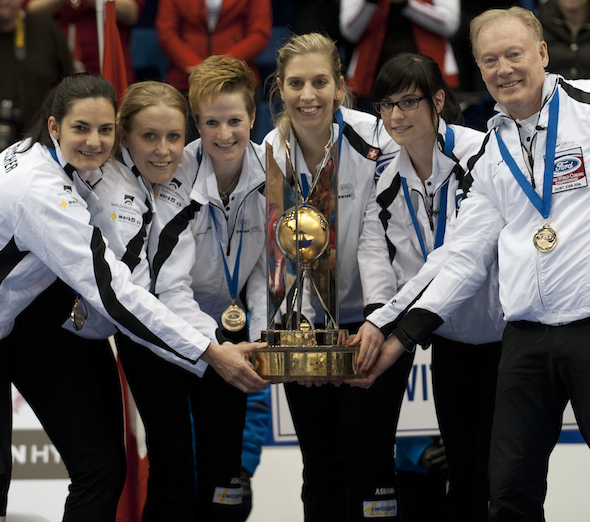 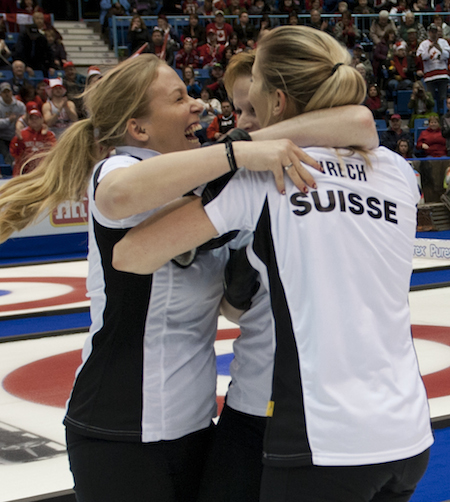 “The disappointing part was not bringing back gold for Canada, obviously,” said Homan, who was backed up by third Emma Miskew, second Alison Kreviazuk, lead Lisa Weagle, alternate Stephanie LeDrew, team coach Earle Morris and national coach Elaine Dagg-Jackson. “But I’m really proud of the run we had all week. Just disappointed that we didn’t finish off that last game.” It was Switzerland’s fourth gold medal in the 36-year history of the World Women’s. Canada, meanwhile, fell short in its bid to win its 16th gold medal, and first since Jennifer Jones prevailed in 2008 at Vernon, B.C. “I feel the same as before,” said a still-stunned Feltscher. “There’s a joy in me, but I haven’t yet realized what this feeling is.” 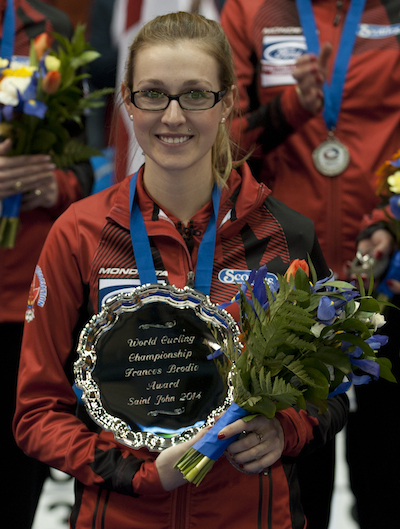 The Swiss, who lost 8-3 to Canada in the Page 1-2 playoff game on Friday night, hung tough for much of the night. After two blanked ends to open the game, Canada broke through in the third end to with a deuce. Switzerland tied it an end later, but Canada restored the two-point lead in the fifth end, and got an amazing runback double takeout from Homan in the sixth that forced Switzerland to a single. But the Swiss would turn it on from then on. Canada was held to one in the seventh, and ran into big problems in the eighth, leading to Feltscher’s open draw for three in the eighth end. “The three in eight was a bit of a turning point,” admitted Kreviazuk. “That was a tough end. Again, on the wrong side of the inch, and they made absolutely perfect shots. There wasn’t much we could do. Rachel tried her absolute best, but we didn’t leave her with a heck of a lot.” In the ninth, a series of misses led to Switzerland having three rocks buried. All Homan could do was attempt a slashing raise takeout; her rock just failed to curl enough and left all three Swiss stones counting for a steal and an insurmountable lead. “The key was when Canada didn’t make any points (in the eighth end) and the fact that we took the lead of the game at that time,” said Feltscher. “They just made more mistakes than they normally make and that seemed to be the factor.” During the closing ceremony, Kreviazuk was named winner of the Frances Brodie Award for fair play and sportsmanship, after a vote by the players. 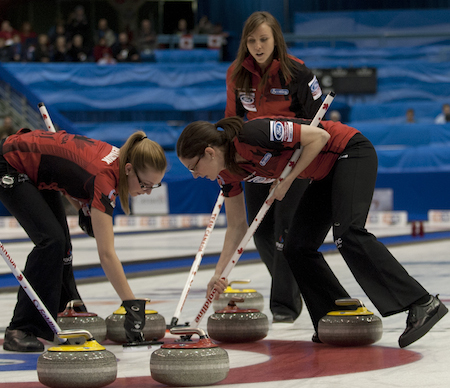 “I had an amazing time,” said Kreviazuk “We’re one up from last year (when Team Homan won bronze at the 2013 World Women’s Championship in Latvia); a silver medal is still an improvement over the bronze last year. I’m so proud of the girls. It feels good to come out of this with a medal and to showcase it to our country.” Next year’s World Women’s Curling Championship, presented by Ford of Canada, is scheduled for Sapporo, Japan. Later this week, the focus shifts to Beijing, where the 2014 World Men’s Curling Championship, presented by Ford of Canada, gets underway on Saturday at Capital Indoor Stadium. Canada’s Kevin Koe team from the Glencoe Club in Calgary — third Pat Simmons, second Carter Rycroft, lead Nolan Thiessen, alternate Jamie King, team coach John Dunn and national coach Rick Lang — open play on Saturday against Denmark’s Rasmus Stjerne. The French version of this story will be available at https://www.curling.ca/2014worldwomen-fr/ as soon as possible.