Striving for curling excellence in Waterloo

“High performance athletics is not what it used to be,” says long-time curler and coach Gary Crossley, who was an original founder and is now the director of the Laurier Golden Hawks Curling High Performance Centre in Waterloo, Ont. The reintroduction of curling to the Winter Olympics program in 1992 brought a flurry of international interest in the winter sport beloved by Canadians for years. But as the level of international interest in curling rose, so too did the level of technique and strategy, turning this sport from “just a game” into high level athletic competition. Olympic gold-medallist Brad Jacobs and his super-fit team from Sault Ste. Marie, Ont., are poster boys for the changes in the competitive curling community’s attitude towards training and fitness. “It used to be that you’d be standing out on the ice with a beer and a cigarette with your buddies,” says Crossley. “But the game has evolved, and now if you aren’t at the gym training your body and doing off-ice strategy work, you aren’t going to get as far in competitive curling.” The Laurier Golden Hawks Curling High Performance Centre was launched in the winter of 2010 with the goal of working in co-operation with the Laurier Golden Hawks and the KW Granite Club to provide both on- and off-ice technical support for curlers looking to heighten their curling performance. “The Centre is still trying to find its way, in terms of how it can best serve the needs of the curler, and those needs are still evolving,” says Crossley. 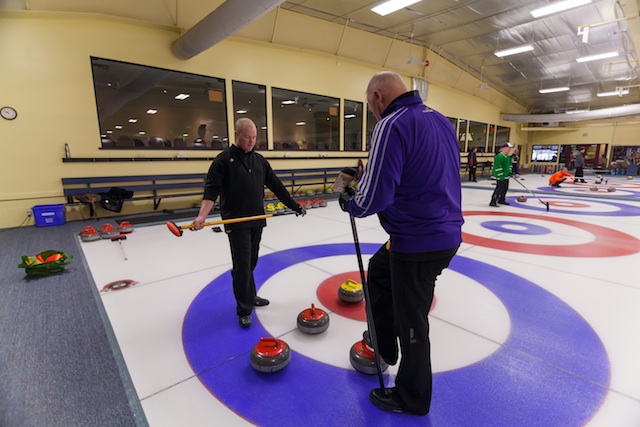 Despite its youth, Crossley is optimistic about how successful the high performance centre has been so far. “I would say the odds were stacked against us at the start of this,” he says. “And the fact that we are still here and still breathing would be the biggest success.” With an estimated 125 club curlers and 40 elite-level curlers having already made use of the facility, the Centre has stepped up to fill the needs of all the curlers within its community, according to Crossley. “At this point, our main target area is where the need is and where we can provide manpower to meet that need,” he says. The Centre operates during off-times at the KW Granite Club in Waterloo and is the only high-performance centre of its kind in Ontario. Team Jake Higgs, who competed at the 2013 Road to the Roar Olympic curling pre-trials in Kitchener last November, is one of several Ontario high-performance teams who have benefited from the facility’s services. “There was nothing here [in Ontario] that was trying to meet these needs,” Crossley says. “The fact that we have had higher level curlers as well as club curlers access the Centre demonstrates that there is a need.” “And the fact that we are able to address some of those needs in a relatively short period of time, with virtually no financial support other than the fees people pay to make use of the sessions, was an enormous success in itself,” he adds. Curlers can contact the High Performance Centre to arrange a tailor-made training session for their team or attend group sessions on an individual basis to train on specific areas such as strategy, delivery, balance and sport psychology using the Centre’s access to specialized equipment and coaches, including Crossley, Maurice Wilson (NCCP Level 3 coach of the WLU varsity women’s curling team), Jim Waite (a high-performance coach with the Canadian Curling Association) as well as Marc Bernard and Glenn Paulley, both certified Level 2 CCA Competition Coaches. Working itself from the ground up, the Centre will continue to evolve, and Crossley hopes to gain a provincial sanction from the Ontario Curling Association (OCA) in order to enhance the Centre’s reach throughout the province. For now, however, everyone involved will continue to provide the instructional support that only a few years ago was unavailable in this part of the country. “With a lot of support from a lot of people,” says Crossley, “we have created something out of nothing.” Story by Virginia Tremaine, Sport Info Assistant at Wilfrid Laurier University 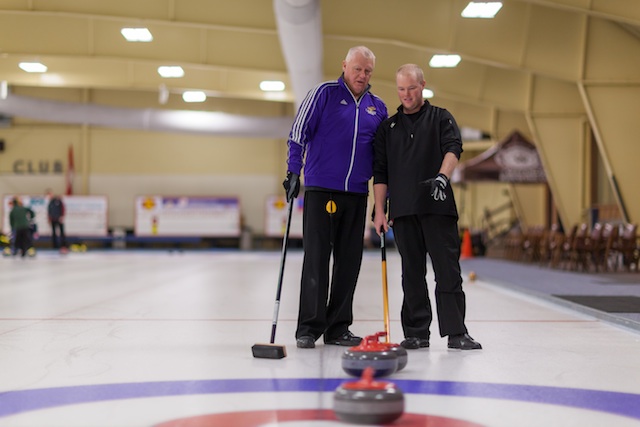